Distributed systems, like pine trees, want to be left alone 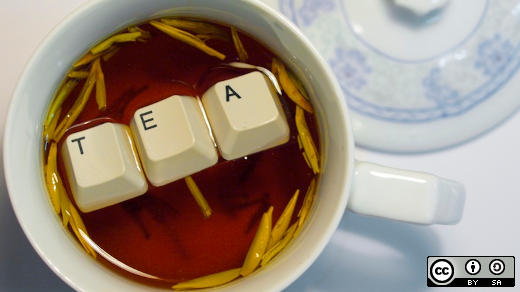 If you attend LISA15 in Washington D.C. this month, you'll want to catch James Mickens' closing keynote, It Was Never Going to Work, So Let’s Have Some Tea. James Mickens has a PhD in Computer Science and Engineering from the University of Michigan, and he is an Associate Professor of Computer Science at Harvard. In the past, he worked in the Distributed Systems group at Microsoft Research. And he's hilarious.

Although I haven't met James in person (yet), I had the pleasure of editing his articles when I worked on ;login:, the USENIX magazine. I've never laughed so hard while editing technical articles (and I've edited a lot of articles over the years). For an example of his humor, read any of his articles, which are a unique mix of tech expertise and comedy, in the online ;login: magazine (PDF versions):

Expect to laugh during James's LISA15 keynote on Friday, November 13, as he dishes out a heavy dose of humor along with sage sys admin observations. In this interview, James offers a preview of his upcoming talk.

Your talk abstract says, "Instead of asking large systems to do anything at all, we should focus on less quixotic goals like turning lead into gold, or stopping Pokémon from having delightfully idiosyncratic magic abilities." Why do you think we should throw in the towel on administering large systems?

We should stop trying to administer large systems because it's clear that large systems don't want to participate in a human society which has laws and respect for people's dignity. We don't try to teach Russian to pine trees. Pine trees want to be left alone to sway in the wind and provide homes for winged vermin. This is the essence of the pine tree. The essence of a distributed system is to consume our dreams and turn them into hard-disk failures and routing misconfigurations. We should leave distributed systems alone and engage in simpler hobbies like cave painting. You can't misconfigure a cave. That's been known for years.

For admins who aren't ready to call it quits, which version control systems can help them fight the good fight?

What are a few of your favorite open source tools for the sys admins wrestling with large systems?

The only useful admin tool is the tail command. As an American patriot eagle of freedom, I don't care about complex historical antecedents—the only things that matter are a narrow slice of the present and a wildly speculative future in which all children are named "Free Market" or "Stealth Bomber." tail gives me a delightfully constrained view of my system that allows me to wonder why things have gone wrong, without having to confront the painful realities that are just a few log lines earlier.

Every LISA conference is a little different than the one before. What are a couple of your highlights from past LISA events?

I have never been to a LISA conference before, because I am self-taught and I feel that listening to conference presentations will only fill my head with lies. PLEASE ASK ME ABOUT WHO REALLY MAKES CROP CIRCLES.

What's on the LISA15 schedule (other than your talk, of course) that you're excited about this year?

This is a trick question. I will be the only speaker at LISA 2015, and the bulk of the conference will be devoted to the construction of large effigies of myself that, when broken, will shower my disciples with candy and extra nines of availability.

My favorite tea is Rishi's vanilla mint chai, served with extra sugar and at a temperature that is hotter than room temperature, but less hot than boiling. For optimal enjoyment, the sugar must be derived from a sugarcane plant that has never experienced loss. Interestingly, the emotional state of the water does not make a difference.

What to read next
Tags
Business
LISA
Sysadmin
Rikki Endsley