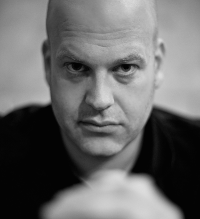 In January, the CTO of ownCloud, Frank Karlitschek, sold his network of more than 30 community sites. The same month, DHI Group, Inc. announced that it completed the sale of its Slashdot and SourceForge community-driven businesses to BIZX, LLC.

Recently I interviewed Karlitschek and Logan Abbott, President at SourceForge Media, LLC (the company that now owns SourceForge and Slashdot) to get a behind-the-scenes look at what happens when selling—and buying—a site means handing over online communities as part of the deal. Part 1 is my interview with Karlitschek. Read Part 2 for insight into what Abbott has planned for Slashdot and SourceForge.

In mid-January, Frank Karlitschek announced in a blog post that he had sold his first start up, hive01 GmbH, the company behind a network of more than 30 opendesktop.org sites, including KDE-Look.org, KDE-Apps.org, GNOME-Look.org, and OpenTemplate.org. The new owner is Blue Systems GmbH, a German IT company. In his announcement post, Karlitschek explained that the network of sites hadn't been getting the attention they deserved in the past few years because he was focusing his time on ownCloud. He started looking for a new owner and maintainer for the network back in 2010 or 2011.

Karlitschek admits that he was—and still is—emotionally attached to the websites that he founded and grew over a span of about 15 years. "This was my first bigger contribution to the open source world, and a huge amount of time went into this over the years," he explains. hive01 GmbH was also his the first company he founded. "The fact that millions of users visited the websites per month showed the importance of what I have built up," he says. "So it definitely felt a bit strange when I sold the company and the websites."

How to sell a community

Over the years, Karlitschek got offers from companies that wanted to buy the websites to use them for SEO purposes. "I obviously didn’t take most of these offers seriously," he says. In the past year, he also got offers from advertising companies who wanted to own the sites to monetize the traffic with display ads or as a job board.

But Karlitschek wasn't simply selling his first business, so what buyers planned to do with the sites mattered. "They were not really interested in the community and the value of the websites for the open source ecosystem," he says. "This was out of the question for me." He explains that he built the websites with the goal of providing a resource for the open source community to collaborate and communicate. "Giving up this goal for a short term financial benefit was out of the question for me," he adds. "So I was really happy when I signed the deal with Blue Systems."

In an interview with Swapnil Bhartiya for CIO.com, Karlitschek explains that he likes Blue Systems because they are an open source-minded company, and he trusts them to do the right thing with the websites, community, and source code. Karlitschek doesn't have specific details about what Blue Systems have planned for the sites, and a representative for the company didn't reply to my request for an interview.

"But I can say that we found good agreements regarding the protection of the data of the registered users on the websites, the future license of the source code, future development, and operating of the websites," Karlitschek explains. "The most important thing is the respect for the community who filled the websites with content and life. The users are everything. An owner and maintainer has to understand and respect this."

Although he doesn't know much about the future plans Blue Systems has for the websites, Karlitschek says the new owner is interested in continuing to run the websites and develop them in a direction that makes sense for the users and the ecosystem. "They are not interested in short term monetization of the traffic," Karlitschek says. Karlitschek says that he has known the owner of Blue Systems for years and knows where his interests lie. "They sponsored the development of KDE for years and also supported the Kubuntu community financially," he says. "So I’m confident that they do the right decisions here, too."

What would Karlitschek like to see happen with the sites? "Well there are a few obvious things that need to be improved," he answers. For example, the design needs a refresh. "I also hope that the source code will be available for external contributions soon," he says. "We use the same codebase in the ownCloud community for apps.owncloud.com, and I know that a lot of people in the ownCloud community would love to contribute improvements. So I hope that this is possible soon."

As for personnel, no employees or contractors were directly affected by the sale because they'd transitioned to other jobs years ago. "I always focused on user-generated content, so most of the investment is in the software to enable collaboration," Karlitschek explains.

Karlitschek says that the open source community needs to realize how important central resources—like the opendesktop.org network of community sites—are for work flow, collaboration, and overall community building. "Nowadays a lot of collaboration and code hosting happens on GitHub," Karlitschek says, "The open source community has a huge dependency on this website. I hope that GitHub doesn’t become the next SourceForge in 10 years."

Meanwhile, things are looking up over at SourceForge. See When selling a site means selling a community, Part 2: The future of Slashdot and SourceForge.