How to train your doctor... to use open source 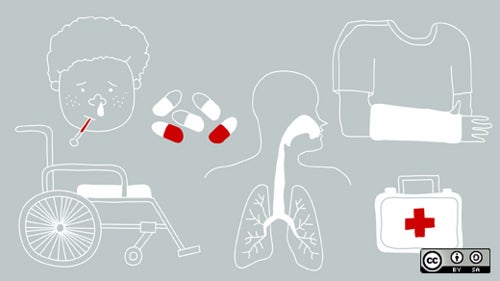 Luis Ibanez, a fellow Opensource.com moderator, gave a talk at the All Things Open conference this year about open source in healthcare. Luis’s story was so interesting—I hope I caught all the numbers he shared—but the moral of the story is that hospitals could save insane amounts of money if they switched to an open system.

There are 7 billion people on the planet making $72 trillion a year. In the US, we have 320 million people and that’s 5% of the global population, but we make 22% of the economic production on the planet—what do we do with that money? 24% of that money is spent on healthcare ($3.8 trillion)—not just the government, this is the spending of the entire country. This is more than Germany and France are spending, however the US is ranked 38th in healthcare quality in the world. France is 1st, and they spend only 12% of their money on healthcare. This is an example of how spending more money on the problem is not helping.

Is there something that geekdom can do to set this straight? Luis says, "Yes!"

So, why do we go to the doctor? To get information. We want the doctor to tell us if we have a problem they can fix. Information connects directly to our geekdom.

Today, if you go to a hospital your data will be stored in paper and will go in to a “data center” (a filing cabinet). In 2010, 84% of hospitals were keeping paper records versus using software. The healthcare industry is the only industry that needs to be paid to get them to switch to using software to store this information—$20 billion spent between 2010 and 2013 to get us to 60% of hospitals storing information electronically. This is one of the reasons we’re spending so much on healthcare right now.

The problem here (and this is Luis’s rant) is that the hospitals have to pay for this software in the first place. And you’re not allowed to share anything about the system. You can’t take screenshots, you can’t talk about the features, you are completely locked down. This system will run your hospital—and hospitals are a unique combination of a hotel, restaurant, and medical facility. Hospitals have been called the most complex institution of the century. These electronic health record (EHR) systems, for a 400 bed hospital, cost $100 million—and we have to buy these systems with little or no knowledge of how they work because of the security measures around seeing/sharing information about the software. This is against the idea of a free market because of the Non-disclosure Agreement (NDA) you have to sign to see the software and use the software.

Luis gives the example of Wake Forest Hospital in North Carolina (USA): This hospital ended up in the red (negative) by $56 million when they purchased an EHR software system for $100 million—they had to lay people off and stop making retirement payments, along with other cuts.

Writer's note: For me this sounds a lot like what libraries are doing—paying salaries for an Integrated Library System (ILS) instead of putting money toward people and services.

So, why do we care about all of this?

There are 5,723 hospitals in the US, 211 of them are federally-run (typically military hospitals), 413 are psychiatric, 2,894 are non-profits, and the others are private or state run. That totals nearly 1 million beds and $830 billion a year spent in hospitals. So, the software that these hospitals are buying costs about $250 billion.

The federal hospitals are running a system that was released in to the public domain called VistA, written in MUMPS. This is the same language that the $100 million software is written in! Except there is a huge difference in price. OSEHRA was founded to protect this software.

If hospitals switched they’d spend $0. To keep this software running and updated, we’d need about 20,000 developers total in the US. If you divide that by each hospital, that’s 4 developers per hospital. These developers don’t need to be programmers either—they can be doctors, nurses pharmacists—because MUMPS is that easy to learn.

Read more on the subject by Luis Ibanez

Join the M revolution—Get your tools

What to read next
Tags
Health
Nicole C. Baratta