The Community School of Excellence Asian Penguins start every club meeting with a call and response.

What are the Asian Penguins? That's a simple question that has a complicated answer. Are they a student club? Yes. Are they a tech support group that takes care of some of our school's computers? Partly, yes. Are they also a movement for change that challenges our students to improve people's lives through the power of open source technology? Most definitely, yes. Simply put, the Asian Penguins are a Linux users group.

How did it start?

Back in the 2011-2012 school year, I was a new teacher at Community School of Excellence (CSE), a Hmong charter school at the north end of Saint Paul, Minnesota. Our school's demographic is overwhelmingly southeast Asian, with most students being Hmong (from Laos) and a minority being Karenni (from Myanmar). The school had just started a 1:1 laptop program, and shortly into the school year we discovered what so many schools before us had already: middle schoolers break laptops. Lots of them.

To supplement the shortage of laptops, I obtained a grant of four desktop computers from a great nonprofit in Minneapolis called Free Geek Twin Cities. Among other things, they try to close the digital divide by recycling computers and using Linux as the operating system. This was a treat for me, as I was already a Linux user and thought it would be fun to have a few of these computers in my room.

With four Linux desktops in my classroom, it wasn't long before kids really started getting into using them. They liked the fact that Linux was different, it was eye-catching, it was fast, and it allowed them to do school work even though they had broken their school laptops.

Soon after that, a group of kids started to stay in my room after school just to use the computers while they waited for the after school program to start. I thought it would be fun to teach them about how the computers worked, so we started doing hardware and software lessons, eventually teaching them how to install the operating system itself. I thought such a group needed a name. The kids were Asian, the mascot of Linux was a penguin, so I suggested Asian Penguins. They all loved it, and so the name stuck. 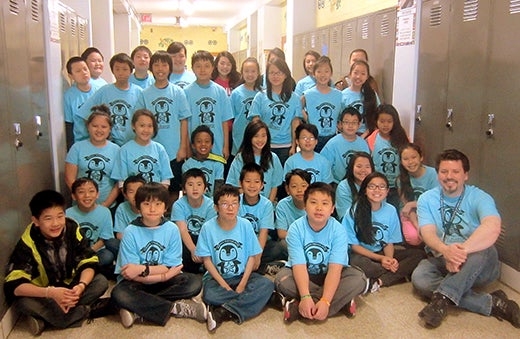 Permission to run an experiment

The following year, we got permission to run an experiment in which we converted some school laptops to Linux to see how well it would work for our students. The kids who took part had to do the same schoolwork their peers were doing and report back on how it went. We surveyed those students at the end of the year to see what their experience was.

In comparing the use of Linux to Windows 7 on the same hardware, the kids overwhelmingly preferred Linux for speed, look and feel, and general stability. Although our school still mostly uses Windows, based upon the results of the experiment we were about to convince the school to allow us to continue using Linux on at least some school computers.

But why use Linux at all? For a couple of reasons. First, very few schools in the United States are using Linux. If you want to stand out, don't do what everyone else is doing. Having Linux at school gives our students a unique experience they are not likely to get anywhere else—we've checked. Community School of Excellence is the only Hmong school in the world with a Linux users group, and our deployment of Linux for student use appears to be bigger than any other school in Minnesota.

Another reason we use Linux is that while schools are not embracing Linux, it seems everyone else is! Linux runs the Internet, powers cloud-based computing, most smart phones are Linux based, and it keeps popping up in more places all the time. According to the 2013 Dice Report, when Fortune 500 companies were asked, "What is your #1 I.T. hiring need in the next 6 months?" 93 percent said, "People who know Linux." Of those, 90% said they were having trouble finding qualified help.

Where are schools falling in all of this? Sadly, they are largely absent. Maybe what we're doing is a small thing, but our kids are being exposed to another way of computing, a way that industry is asking for right now. 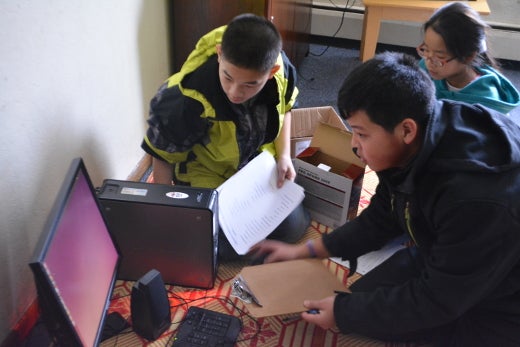 The Asian Penguins saw what Free Geek was doing in Minneapolis by recycling computers to help people, and then they looked around at our school. Many of our school's students do not have computers at home, with the main reason being cost. For a poor immigrant family, a computer on sale at Best Buy might as well be on the moon. The kids looked at our digital divide and asked the question, "If Free Geek can do something about it, why can't we?"

We got ahold of some older machines, the kids learned how to install Linux on them, and we found families to help. The first one was a Karenni, a family of eight that had only been in America for about two months. They welcomed us into their home and the kids set up the computer. It was our first attempt and we had to make a lot of it up as we went, but when we left the family had a working computer, the kids had shown the family the basics of how to use it, and we had made some new friends.

After that first trip, the kids started calling these trips "missions," and every kid in our club wanted to go on one. More kids at school came to the Asian Penguins wanting to get in on the action. After all, other people talked about changing the world, but the Asian Penguins got to leave school for an hour or so and actually go out and do it!

All of this made our kids more confident. Shy kids turned into leaders, stepping out of their comfort zones to try new things. Special needs students found opportunities to become mission leaders in the club. Other kids seemed to walk a little taller knowing that they were helping others. To date, we have given 20 computers to families in the Twin Cities metro area.

I'm not sure what the future holds for the Asian Penguins, but I can tell you that we have some kids who want to do something different, think it's fun to change the world, and are crazy enough to think they can.

What to read next
Tags
Education
Linux
Stu Keroff 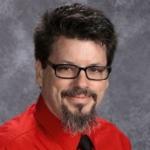