Report and results from our Youth In Open Source Week 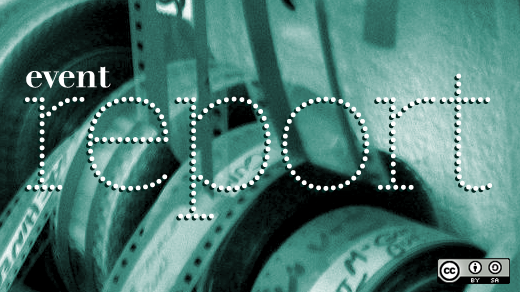 Opensource.com held its first Youth in Open Source Week from January 13 - 17, 2014. Articles published during this time were focused on how kids and teens are using open source today and how we can get more young people involved in open source.

We announced this series by publishing an article on Friday, January 10, 2014. This article was updated throughout the week as new articles were published. It now contains the full list of articles published for Youth in Open Source Week (YOSW).

During the week of January 13 - 17, we published nine articles as part of the series. We also published three regular articles for a total of 12 articles published during that week.

Our goal for publishing a series of themed-content is to increase readership as well as contributor and social engagement.

In many cases we refer to these artilces as "themed-content" and part of "a series." Our hope for publishing themed-content over the course of one week (or two weeks, as in future cases) is to attract readers and contributors who care about the theme. In order for the number of readers and contributors to be of a great enough volume for an initiative like this to be worth it, we chose topics that are highly relevant and interesting to our audience.

Typically, Opensource.com sees high readership and high social engagement on articles relating to open source in education. To break this broad category down even further, we focused on authors who could write about experiences relating to the following:

We recorded page views for each article in the series from when it was published to February 3, 2014. This gives us a 2-3 week view of how these articles performed. We also took note of various stats to help us better understand how we engaged with new and existing contributors as well as social media engagement.

Things we did not do for YOSW that we will do for future themed-content series:

(from date published to February 3)

Page views for each article in the series

We looked at Total Reach because that emcompasses both the quantity of reshares and how many people followed the person who reshared an article or message.

YOSW tweets consisted of over half of our highest engaging material. Of the top Highest Total Reach tweets, half of them were YOSW tweets.

Of the five FB messages we posted during YOSW, the second highest reach was a YOSW message. We posted two messages related to YOSW during that week (January 13 - 17). They are:

We welcome your feedback ad perspective on our first Youth in Open Source Week.