A lesson from 2012: Open education brings power of knowledge to the masses 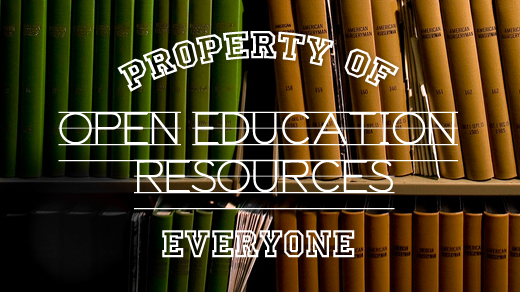 The end of 2012 is here and over time I think it will be considered a revolutionary moment for open education and open source. A tipping point. A seismic shift. The world has not seen this type of revolution since the early 1400s and the arrival of the printing press.

Harvard University made history this summer when they started offering open courses online. True, MIT, Yale, Berkeley, and other top-ranked universities around the world began offering open courses online before then, making Harvard somewhat belated to open education and MOOCs (Massive Open Online Courses). However, no other university has such deep links to learning between the Old and New Worlds, and few other universities have such political clout worldwide. Already twelve universities in the UK are clamoring to offer online courses, partly as a result of Harvard's entry into open education.

Until Harvard offered open courses, only those who had physical access, availability, and often money were awarded to such rich learning opportunities. I may be able to hop on a train, subway, bus, or jump into the car to Harvard and walk around its campus because I live in Massachusetts, but that's been about it. Harvard's doors to their hallowed halls and ivory towers are otherwise off limits. Now this has changed and not solely for Harvard. Even Huffington Post acknowledges that MOOCs have really taken off in 2012 with thousands of people signing up for classes.

Another reason 2012 has been revolutionary for open education and open source is something that has very likely escaped many people's radar. This holiday season is the first one in U.S. when Android tablets are being sold at discount stores and pharmacies for less than $100. In fact, I could buy an Android tablet for less money than many other tablets, a Kindle, a laptop, or some cell phones. When digital technology becomes more affordable for masses, it becomes more widespread. It fosters a type of questioning and the futility of buying copyrighted, proprietary-based hardware and software.

When books were rare and valuable during the Middle Ages, only scribes, the wealthy, or clergy had physical access and availability to such learning, knowledge, and power. The printing presses helped to make books more affordable and accessible to the masses who had been denied to such learning, knowledge, and power. The situation is no different with open education and open source: for people in Nepal, Zimbabwe, and other countries where such access is still restricted or for gifted children who avail themselves of such opportunities or people who live in physically remote areas such as the outback in Australia where availability to learning is restricted.

So, what do I see for open education in 2013? Well, more MOOCs of course! The coursework from the twelve UK universities looks particularly attractive to me.

What to read next
Tags
Education
Best of Opensource.com
MOOC
Carolyn Fox