Where to start: Upgrading your school system to open source 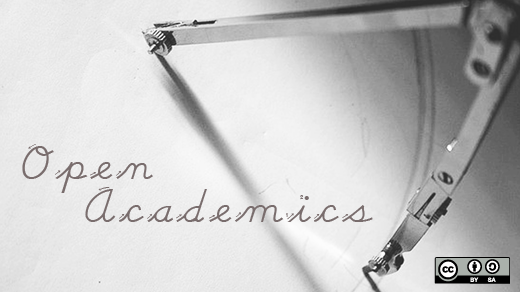 One short article cannot hope to encapsulate the minutea for implementing open source in school districts and schools, however this primer sets the basis for the opportunities and strategies to achieve success.

When I speak about using open source I am not limiting it to replacing commercial office productivity suites with LibreOffice, as one example. This article speaks to the pervasive utilization of operating systems, productivity software, management software to all areas of the curriculum and business of a school district. It considers the relative ease for implementing open source in elementary schools as well as highly complex secondary schools under a diversity of programs and curricular requirements.

I recently wrote about the implementation of open source systems at the Saanich School District in southern Vancouver Island, BC here: Prepare students for a rapidly changing world by teaching with open source.

As a result I have received communication about the practicality for implementing this kind of technology and what was involved. At our school district, I would consider our implementation of open source to be a success. Is it a panacea? Would it satisfy everyones needs and perceived needs? Perhaps not but when offset against declining enrollment, budget constraints, staffing constraints, limited resources, energy conservation, and other factors, I believe it offers the greatest potential benefits while satisfying curricular and business needs.

The benefits of change

When we talk about sweeping change with this system, it considers the following. Replacing not only server operating systems with Linux but desktop operating systems through the use of distributions like RedHat, Ubuntu, and so forth. It also involves replacing the traditional fat clients, such as a Microsoft Windows computers or Macintosh computers, with Linux diskless clients that are energy efficient, cost effective, and sustainable.

It requires utilizing open source software applications wherever possible and enabling commercial applications only where necessary. It means moving to cloud-based systems as they evolve and satisfy Freedom of Information and Privacy laws. The advantages in doing these things are significant and include:

The challenges of change

With all of the improvements to open source software, the question today is not a technological one but a human and social one. For any school district planning to implement significant technological change, such as the use of Linux diskless clients and open source software, there are several important impediments and can include any and potentially all of the following:

A comprehensive model for enabling change

In the case of the Saanich school district, the model had already been developed at my previous sister district. At Saanich we used this previous developed model as a foundation for establish and refine our own strategy. If I could quantify what has made our implementation a success I would record it as the following broad areas:

2. support for capital funding had to be achieved in order to implement the plan

4. schools need to appreciate the vision of what the system could look like and the advantages it would bring to the teaching learning process

5. a commitment to hiring at least one staff person with the significant technical expertise to build, test, and refine the system

6. garner the support of the district technology coordinator who had the educational background and willingness to support the project

7. encourage existing district technology staff to become actively involved in the transition and training provided to facilitate their changing roles

8. start with a pilot school to refine the image and debug a strategy for implementing the rest of the district once the image is developed

9. during implementation district tech staff remain at the school until staff are comfortable enough for them to leave

10. we emphasized refining and growing support to quickly react to questions, change requests, and training

Early on we determined that using Ubuntu Long Term Support (LTS) and the Linux Terminal Server Project (LTSP)  would form the foundation for our systems. They are mature systems which have stood the test of time and ensured that our use of LTS would provide stability and sustainability. It has also enabled us to integrate other technologies including directory services using openLDAP, trouble ticket software using Request Tracker, management of our other devices with Puppet, incorporating learning management through the use of Moodle, creating social networks with Elgg and a host of other applications.

We have learned a great deal in the past nearly six years. With Microsoft’s stated end-of-life for Windows XP in April 2014, we are now preparing to transition the majority of our remaining XP computers to largely Linux and open source systems. We have developed strategies for helping teachers who instruct digital media, industrial education, business education, and so forth to use software which will run on our Linux diskless client systems and support the curriculum. This is not without its challenges, however, as the same support structure developed for our first implementation we will see another approximately 500 workstations move to open source computing models. The aggregate total of our existing 2250 Linux diskless clients will swell to over 2700 systems across 16 sites.

The reality of change

Now all of this may seem incredibly difficult and non-mainstream that educators would be loath to support. We of course do hear many of the common objections to this type of system at schools but on the other hand we also hear from more who appreciate the stability and currency of our systems. Elementary schools no longer get secondary school hand-me-down computers. Secondary schools use all new technology rather than off-lease computers. Our applications have current versions and can be updated on a more frequent basis. We can update an entire school of hundreds of workstations with a new image, including operating system changes, application changes, security updates and menu changes, in under 2 hours. I would be interested to hear from any Windows-based school district who can claim that!

In our conversations, I am often asked to cite examples of organizations which are much larger and more diverse than ourselves who are utilizing this kind of technology. Take Google for instance. Google employs technology which is almost a mirror of the kind of desktop strategy we use at elementary, middle, and secondary schools. Google uses a variant of Ubuntu called Goobuntu which Tom Bushnell calls "a light skin over standard Ubuntu". This system is used to support all facets of Google’s operation including programming and business functions. At Saanich, I am often asked if our implementation of open source software relevant to today’s world? If you consider Google to be a technical leader and epitomize innovation, then yes our students are getting the greatest exposure to systems that Google has as a foundation to build and maintain arguably the most progressive systems in the world.

If that isn’t an endorsement for exposing our children to open source software, I am not sure what is. 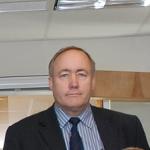 Gregg Ferrie is the Director of Information Technology for School District No. 63 (Saanich) in southern Vancouver Island, British Columbia. Gregg has a Master of Science degree in Information Systems and has been involved with open source software since the late 1990s.
More about me