How to use open source in the classroom 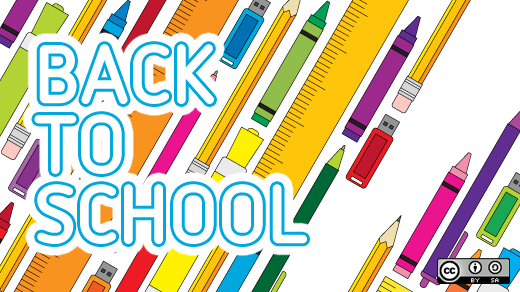 Emiel Brok - Emiel Brok is an active contributor to the open source ecosystem. He is enthusiastic, energetic and experienced speaker and chairman of the day at (Open Source) IT events. He is Manager Training EMEA at SUSE. He has been sales marketeer at AT Computing and co-founder and chairman of LPI Netherlands. His dream is that every IT student finishes school with Linux knowledge at the right level.
More about me

My Linux Story: How an influential security developer got started in open source

Luis Ibanez on 15 Sep 2014 Permalink
Emiel, Thanks for the great article. You made very good points on why schools should adopt Linux. I would like to mention the additional advantage that by adopting Linux, educators and students have the opportunity to learn (if they wish) how software works under the covers; and they also have the ability to modify it if needed. The right to study and modify the software, has been one of educational driving forces of the Free and Open Source Software movement, since its earliest days. I'm all for teachers adopting Linux, and I think that for that to happen, many of us with some level of Linux experience must volunteer at local schools to provide guidance and mentorship.

Just that we mainly focused on elementary and high schools, instead of IT education.

Emiel Brok on 23 Sep 2014 Permalink
@Luis Thanks for your comment, I often use the metaphor of a car mechanic. How can you be a good car mechanic if you cannot look under the hood?

Emiel Brok on 23 Sep 2014 Permalink
@Franklin, thanks for your addition as well. I will post the website you mentioned on the Dutch Open Source Education Group. Maybe we can learn from your project. Thanks for sharing!

I hope that we can meet, talk and share our experiences with each other, no matter on IRC, or in conferences. You know, it is more difficult to promote open source in Asia due to culture differences and many other reasons. I'd also like to know how you do and how you think.

Emiel Brok on 24 Sep 2014 Permalink
Today this press release is out about the 'free' training material. This will undermine a lot of arguments for public IT-schools and -teachers for NOT teaching Linux and open source to IT-students. This way Linux knowledge will be a commodity for all IT-students! Check: https://www.lpi.org/news/cisco-networking-academy-adopts-course-aligned-...

Don Watkins on 04 Oct 2014 Permalink
Schools tend to be driven by trends and the current trend has been iPads and now Chromebooks. I advocated for Linux desktops and we even used Linux Terminal Server desktops in a couple of computer labs and a number of classrooms and library terminals. I even offered to teach an introductory Linux course at a local vocational center. The ground has shifted some in the past few years with an increasing demand for IT professionals with Linux system administration skills. I believe that Linux and open source advocates can gain the most traction by showing schools and policy makers that Linux is inside many of the devices they are using. For example show them that a student with Linux skills has a better chance of employment fixing iOS, MacOSX, Chromebooks, Android devices when they have a background in a file system that is essentially identical. I was at one time an adjunct Cisco instructor at a community college and I'm familiar with the high quality of Cisco's courseware. I'm glad to see that they have moved in this direction. Great article and thanks for sharing.