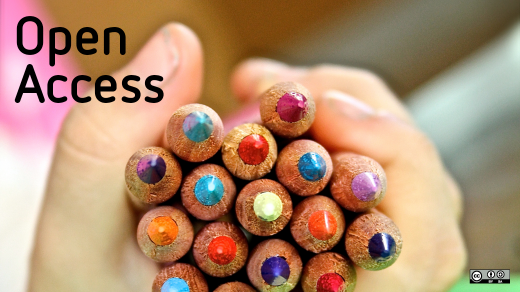 Bill Fitzgerald runs FunnyMonkey to help educators and students improve accessibility to educational materials. He is an educator, open source developer, and entrepreneur, and I was able to speak with him recently about his work and why it matters. And most importantly, how open source methodology makes all the difference.Bill grew up in Connecticut and attended Boston College where he completed undergraduate studies before enrolling at the University of San Francisco where he earned a masters degree in writing. He then taught English and history at public and private schools. And he’s been both a school administrator and a technology director. What you can tell from talking to Bill is that he loves education.

When he was was teaching and using technology as a teacher of high school kids in the 90s, he was encouraged by his students to check out the internet. Those were the days of Mosaic and Gopher. A lot has changed since then. But that was the beginning for Bill, and at that time he began looking for ways to help teachers and administrators better run schools with technology solutions. He designed databases to manage attendance, discipline, and grades for schools with 500 or more students. And before starting FunnyMonkey, Bill and a business partner developed a proprietary planner and grader. It was when he examined how he could support the users of the system that he discovered open source content management systems. In the process of looking at a number of these systems he realized that their proprietary path had it all wrong. What they really wanted to do was empower teachers. And so they began the transition to open source.

FunnyMonkey is the result of this journey to open source. At present, the operation has two main areas of focus: open source software development and open content creation.

Not only does the team develop open source code, but they work with an open ethos in mind as well throughout the project. They work with schools, organizations that support learning as part of their mission, companies that are proprietary but work in education, and non-profits that have a social justice mission. The support and services they provide are working out client workflow issues and examining whether they are due to training or staffing issues. And they help clients move from proprietary solutions to open source solutions that emphasize access to open data structures.

“We focus on open content and open source. We have an open ethos,” says Bill Fitzgerald.

Bill tells me that he believes open source is not a panacea but it is a better approach to solving problems. He says that while open source provides many opportunities and freedom, it concomitantly requires more responsibility for its authors and content creators. And that's a good thing. He says that as someone passionate about education, it’s invigorating for him to be involved in this space, at this time in the evolution of the system and technology.

Do you have tips for someone who wants to get involved in open source? He says: "Do a lot of reading." He feels that it's important to become more aware of others and perspectives we have on the world. How we view the world is an important awareness skill that should be emphasized for those who desire to become contributors to open source projects and communities. Developers and potential developers need to be flexible. To gain a larger perspective on the world, he suggests reading the online publication Model View Culture. There’s much more to open source development than writing code, and it's a skill he believes needs to be emphasized.

What about college? Was it an important part of your development as an open source developer? He says: "Exposure to a range of ideas and possibilities is important." There are alternatives to universities but the experiences that attending colleges and universities are important and can be difficult to duplicate. For those who work in open source, there are tremendous advantages and more flexibility on the job. When asked where he sees the greatest need in open source today for the job market, he says: "Developers!" And we're seeing young people acquiring coding skills at rapid rates, so I asked what he thinks the most important skill to acquire is, and he says: "Learn logic first. Different languages are applications of that, but logic is first."

Additionally, Bill feels the realm of education is continually changing and it’s unlikely he will find himself without a job to do in the sector.

Thanks to Bill Fitzgerald for his time and insights. 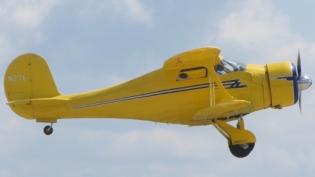