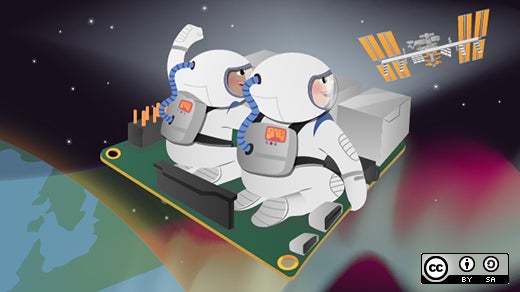 Hi! I'm Ben Nuttall. I do development and outreach at the Raspberry Pi Foundation in my role as education developer advocate. Hopefully you're already aware that Raspberry Pi isn't just an awesome piece of hardware; the organization behind it is an educational charity that promotes the education of computing around the world.

To that aim, I want to launch into my new column by sharing a really exciting project with you: British ESA astronaut Tim Peake is heading to the International Space Station for six months, and he's taking two Raspberry Pi computers with him!

As part of the mission's education outreach program, children in UK schools will get the chance to write code to run their own applications in space. The Pis will each have a specially made sensor board attached in order to access data on the space station's atmosphere. Schools will get the chance to run experiments in their own classroom and compare the results from space, or just make interesting applications to run on the space station. We're really excited to see what the young minds of Britain come up with, and what they can learn from turning their ideas to a reality by programming the boards.

The Astro Pi board will consist of the following: 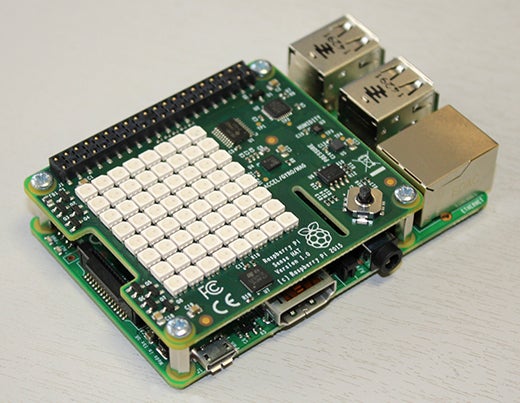 This hardware will be available to all–it'll be an accessory called the Sense HAT and will be sold through the Raspberry Pi's usual distributors. It's coming soon, so watch the Raspberry Pi blog for updates.

We're currently building up a Python library for easy access to the board's sensors and the LED matrix.

The competition is underway, and entries for the initial concept stage are already flying in. It's open to primary schools, who only have to submit their ideas. Winners get their projects coded up by the team at Raspberry Pi before being sent to space. Secondary school entries come in two parts: the idea and the code itself, which can be entered together or separately. These lucky people get to say something very few software engineers in the world can: their code will have been run in space.

Head over to astro-pi.org for more information on the competition and instructions for enrolling your school and entering. (Note: All team members must be residents of the UK.)

Maj. Tim Peake is a former British Army Air Corps officer and the first British person to be selected as an astronaut by ESA.

"I’m really excited about this project born out of the cooperation among UK industries and institutions. There is huge scope for fun science and useful data gathering using the Astro Pi sensors on board the International Space Station. This competition offers a unique chance for young people to learn core computing skills that will be extremely useful in their future. It’s going to be a lot of fun!"

Peake also took some time out of his busy schedule to record the voiceover for this brilliant animation explaining the Astro Pi competition:

And here he is with some prototype Astro Pi hardware: 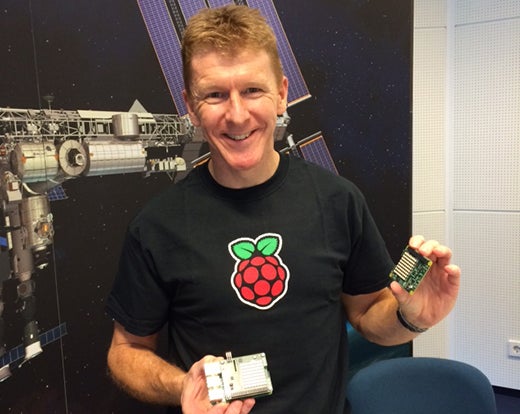 The Astro Pi boards will stay aboard the ISS after Tim Peake returns to Earth, and we hope to run the Astro Pi competition again—ideally giving other countries the chance to run similar programs for their schools.

Because the hardware will be available to the public, we look forward to seeing what other uses people find for the Sense HAT. We've already had enquiries from scientists in the British Antarctic Survey about using them to monitor conditions at the South Pole, and we're sure there'll be plenty of everyday uses too. Just think what you can do with a gyroscope, accelerometer, magnetometer, temperature sensor, barometer, and humidity sensor all on one board with a simple programming interface.

To read more about the hardware tests and preparing the Pi for flight safety check, see Mission Update 1 on the Raspberry Pi blog; read all about the education and outreach activities on Tim's mission at gov.uk; and see full information about the competition at astro-pi.org.