Graham Taylor of OpenForum Europe (OFE) and  Karsten Gerloff of Free Software Foundation Europe (FSFE) cite standardization policy as the principal battleground for free software & open source communities in Europe.  As Taylor observes, “We [OFE] identified that 90% of the public sector had lost their choice about freely choosing the next step [of software procurement], using all proprietary technologies.”

Debate over the definition of an “open standard” has become a contentious one.  Gerloff  proposes that, “For a standard to be open, it is key that it can be implemented by anyone, anywhere, without asking for permission.”  This perspective was largely reflected in the European Interoperability Framework v.1 (2004),  but appears to have been abandoned in a leaked second version in October, 2009. “That was a key moment, when we saw how strong the lobby on the proprietary side is in Brussels,”  Gerloff said.

Against this backdrop, Taylor and Gerloff outline European member state achievements and strategies moving forward, particularly in an atmosphere of economic difficulty.

What to read next
Tags
Government
Open standards
Josh Lawson 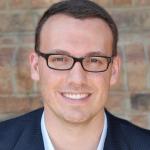 Josh has worked in both the private and public sectors handling political affairs and messaging. Josh holds a BA from UCLA, an MPS in Political Management from GWU, and is currently attending UNC School of Law. Originally from Los Angeles, Josh and his wife now live in Durham, NC.
More about me