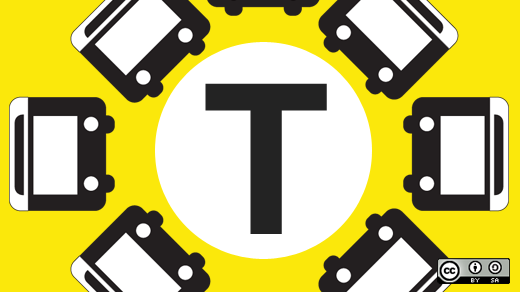 At Gov 2.0 Expo last week, Joshua Robin, the Director of Innovation and Special Projects at the Massachusetts Department of Transportation, described how MassDOT was inspired by the simple concept of open data modeled by the National Weather Service.

Why is it so easy to find real-time weather reports? Because the National Weather Service (NWS) has opened their data in a usable format that third parties have utilized to create consumer applications. Not only can you get your weather information directly from the NWS, you can also get your local weather anytime, anywhere through the web, your phone app, TV, radio, or even the scrolling sign outside your bank or drugstore. In fact many successful businesses such as the Weather Channel and Underground Weather have evolved around the information which can be accessed for free from the NWS.

Traditionally, transit agencies are the sole source of bus information for consumers. Agencies build their own countdown signs, launch their own websites, and build their own smartphone applications to get information to customers. Following in the footsteps of the NWS, MassDOT and the Massachusetts Bay Transit Authority (MBTA) decided to open data for software developers for the first time in September 2009. Within two months, six trip planning applications had been built by developers including websites, a desktop widget, and smartphone apps. In Robin’s words, “These were as good or better than anything we would have built on our own.”

Although the trip planners were successful, real-time bus arrival information is the most frequent question of customers. So in November, the agencies hosted a developers’ conference and announced a real-time data feed for five of the most popular MBTA bus routes. According to Robin, “By the time we came back from lunch – within one hour – someone already had the buses up on Google Earth...which is a little faster than standard procurement.” Within a few weeks, developers had created not only web, desktop, and smartphone apps, but also an LED countdown sign and a local 617 info phone system, all at no cost to the MBTA.

As a result of this success, MassDOT and the MBTA have decided to take this approach and apply it to the rest of its 180+ bus routes. Robin had this final thought for government leaders, “Imagine the innovative solutions that developers and other smart citizens can create if we...focus on unlocking data before we build our own installations, our own infrastructure, our own websites, our own applications.” Imagine indeed.

I was in Boston last week and was using Google Maps on my iPhone to get around. It was terrific, having the subway and bus arrival times counting down so I knew how fast I had to move to make my connection. A lot different from my old days in Boston, where you just had to hope.