Planning ahead for a new breed of "public" spaces 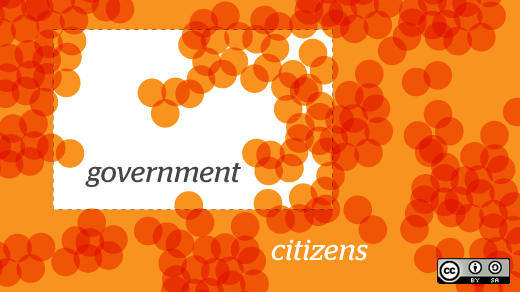 Think about a public space. Maybe it’s a park, or a public library, but some physical space owned by government. We have different expectations about public spaces, and our freedoms in them, compared to private spaces.

Think about a place where civic happenings go on, where dialogue and delivery of services occur. What comes to mind for me is the (maybe nostalgic) notion of a bustling city hall. People go there to interact with government and each other, and accomplish something. In theory, at least.

Things may be different, depending on what technology the government deploys or what vendor they choose. To gain access to the space, citizens might have to go through a private vendor. The underlying technology might be proprietary software owned by that company, and walled off from eyes other than their own. The government may understand what the space does, but have limited knowledge about how it works, its design, or its integrity. In some cases, the technology may just be a service, without ownership (or control) over the virtual real estate, and without the ability to give assurances to participants.

Citizens can be locked out, data and content locked in. Would you put up with it in the physical world if city hall kept changing addresses, hours, methods of access, physical layout, or in some cases up and disappeared without a note left behind?

In the physical world we have to start from scratch, to some extent, and use materials that obviously can’t be used elsewhere. Why do we resort to that limitation in thinking virtually? The opportunity to find some commonality among how we govern and the virtual infrastructure is huge.

Don’t get me wrong. Local governments don’t have to, and shouldn’t, do or use the same exact thing (experimentation can be productive). But, it’s time to start moving the innovation up the stack, like we’ve done in other areas, and get government focusing on investing resources in building content, building relationships and policymaking (or policy de-making, whatever your flavor), not in constructing the tools themselves or paying a vendor to reinvent something.

These ideas of control, security, innovation cycles, and minimizing duplication of efforts, are conversations we all have all day long. It was the same way at first with open source, and more recently with open standards, especially with OpenDocument Format. We had to develop a common language of persuasion around communicating the value to government.

I’m not rebelling against software as a service, cloud computing, or even a pragmatic case of proprietary software. I am saying that we’re beginning to see a set of public spaces and other participatory technologies pop up. And, governments, given their unique role need to be thinking about these things extra carefully and to a degree doing things differently.

Here are a few distinctions for government that we need to be thinking about, especially in the area of what could become participatory infrastructure: sustainability, responsibilities that come along with monopolies, and citizen mobility.

Governments are meant to exist and function (hopefully) not only for our lifetime, but beyond, if they’re treating their citizens right. Companies may want to be sustainable, but they come and go at the blink of an eye, especially when considering, say, the lifespan of a township in New England.

This was and still is an important consideration with open standards for archiving and preservation. Why store important government documents in a format that’s not going to be relevant and usable longer than the need to access that information?

Some of these technologies will become expected, necessary, and turn into infrastructure some day. Why jump to an easily deployable service with a shaky long-term future, or invest in a platform that may lock us into a path of wasted resources. The quick answer right now?

I don’t think we’re making decision-makers aware of, or even giving them, attractive options.

Governments have a monopoly in their respective jurisdiction. This engenders different needs for and expectations from citizens. Although maybe we’ve come to expect less from government, we still hold it to a higher standard when thinking about the privacy and security of our information.

As with any organization it takes a long time to build trust, social capital, and community cohesion. The problem is, it can unravel overnight. Government can’t hide in bankruptcy, change its name, or try to reinvent itself and enter a different market. It’s stuck with us and we’re stuck with it. That could make for some awkward times if there’s not a coherent strategy around deploying, using, and maintaining participatory infrastructure.

I’m not under the jurisdiction of just one government. I may need certain parts of my information to be accessible by, or at least compatible with, varying jurisdictions at the same time. It would be even better if citizens were in control of that.

At the very least, there should be some level of similar expectations when it comes to access, content, and capabilities, so I don’t have to invest a lot in re-learning how to be a citizen moving from place to place. There’s some benefit in not having to figure out what the number to 911 is in a different part of the US.

With that though, there has been some progress. In my next post, I’ll go into more specifics about things governments can do now and offer some examples of what innovators are doing in this field already.

What to read next
Tags
Government
Open standards
Art Seavey