Shifting from command-and-control to collaborative culture involves what might be termed collaborative risk, but some organizations are realizing that there’s greater risk in clinging to old ways of working.

One organization that is recognizing the need for taking collaborative risk is the United States Department of State. “We’re a very risk-averse culture,” notes Duncan MacInnes, principal deputy coordinator for the Bureau of International Information Programs. State Department professionals fear that misstating policy or saying the wrong thing could become a diplomatic crisis. This parallels the fear in companies that trade secrets or market-moving information could leak. Nevertheless, the State Department has determined that the benefits of collaborating internally and externally outweigh the risks of resisting work style change.

Change agents across the State Department are guiding the culture towards embracing collaboration. These change agents have wisely realized that eliminating disincentives to collaboration is as important as creating incentives. Therefore, the Department has updated its policies to eliminate disincentives to taking collaborative risk. “People will make mistakes, and those who have made too many mistakes have not been dinged for it,” according to MacInnes. This approach is critical to shifting the culture, because people must feel that the organization values collaborative risk and will provide the cover for them to try new ways of working.

Externally, the State Department enables embassies to broadcast their own events including speeches by ambassadors on the Web with input from the public. The State Department uses ConnectSolutions Podium high-definition webcasting, which lets users ask live text questions, text chat with each other about the event, and leave video comments. The ConnectSolutions Real-Time Collaboration Platform enhances and extends Adobe Connect web conferencing. Embassies are also using the tool to collaborate internally. At first, embassy staff resisted the shift. “We’re showing them a new way to work, and we’re meeting in the middle,” says Tim Receveur, a foreign affairs officer coordinating global use of the tool.

Aside from real-time collaboration, the State Department is also chalking up results in collaborating asynchronously. Over 3500 State Department team members have contributed some 12,000 articles to Diplopedia, an internal online encyclopedia based on Wikipedia. You can view an amusing video on Diplopedia here. The Department has also seen compelling growth in the use of an ideation tool. Ideation means developing and refining ideas so that people can make their organization better. The tool, dubbed Secretary Clinton’s Sounding Board, is based on a blogging platform. The tool lets people across embassies, bureaus, regions and levels of leadership brainstorm, make process improvements and create value collaboratively.

In the last eighteen months, people have contributed 1800 ideas. “What in the past would have been water-cooler conversation that went nowhere is now [getting results], because the person who can make it happen is part of the conversation,” explains Richard Boly, director of e-Diplomacy. The ideation tool lets a person hired locally who’s working in a small West African consulate to collaborate, brainstorm and develop communities of interest with counterparts globally.

One success factor for Richard and his team as they guide the work style shift is focusing on “the how rather than the what” for starters and saving the “thorniest issues” for last. By thorniest issues, Richard means U.S. policy and diplomacy. Meantime, he and his colleagues are encouraging culture shift and emphasizing use of collaborative tools for brainstorming improvements in “how” policy can be crafted. As the culture warms to the new way of working, the change agents believe diplomats will more collaboratively create policy itself.

Private industry is now looking to the State Department for clues regarding how to engage people effectively through corporate ideation tools. Increasingly, companies collaborate through ideation tools with their customers, but lag in collaborating internally. A big factor is fear. Companies often fail to give people cover so that they take collaborative risks. In this case, the Federal government may clear a path for business.

What to read next
Tags
Government
Evan Rosen 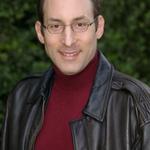