What makes a city open source? 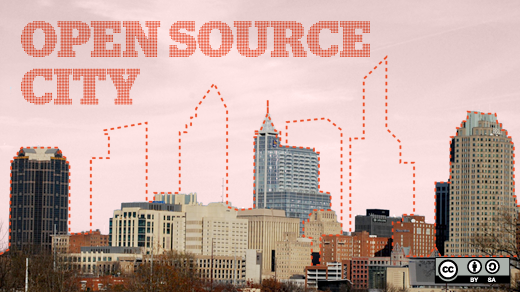 What qualities make a city open source? Is it technology, government policies, or businesses? No. It's the mindset of the people. It's the philosophy and the culture.

About a year ago, I started trying to define an open source city.  I'm very interested in seeing my own city (Raleigh, NC) become a hub for open source and a leader in open government.  With Red Hat's announcement to stay headquartered in Raleigh earlier this month, the City of Raleigh appears poised to "establish a growing ecosystem of partners and providers around the open source leader and to bolster Raleigh’s reputation as a leading open source community."

Of course, Raleigh isn't the only city on the open source bandwagon. Portland, Oregon and Montreal, Quebec have been recognized for their strong commitments to open source. Montreal appears focused on becoming a hub for open source companies, whereas Portland is best known for open source government, open data policies, and its support of OSCON.  What does it take for a city to be able to consider itself truly open source?

The City of Raleigh is prioritizing collaboration and transparency. Raleigh Mayor McFarlane said, "Open source is a philosophy that has had a widespread impact both in creating software and in creating culture. Collaboration, transparency, and openness represent the future of our business community—helping to foster a climate for innovation and business growth."

Creating an open source ecosystem that promotes transparency, participation, and collaboration in government goes beyond economic development and innovation. What is happening in Raleigh gets to the heart of what open source really is: community.

Citizens worked side-by-side with the city to host the first CityCamp Raleigh event last June. CityCamp encourages the use and creation of open source solutions for communities around the country. In Raleigh, city officials continue to use CityCamp as a proof point for successful open collaboration. Yet, a movement last summer to pass an open government and open source systems resolution failed, demonstrating that the city still has a long way to go.

If you were creating a road map to make your city more open, what would you put on it? What kinds of policies would you encourage? What sort of community would you want to engage and how would you work with them? What kinds of goals do you set for an open source city? I look forward to collaborating with you on this.

Melanie Chernoff contributed to this article.