Transparency isn't a cost – it's a cost saver 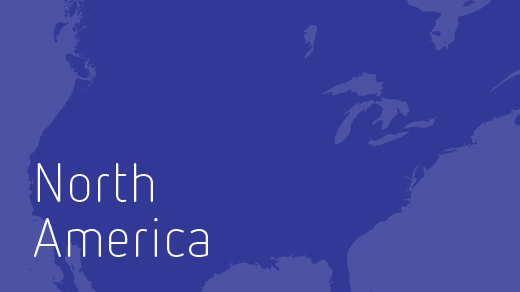 Last month, Don Drummond - a leading economist hired by the Ontario government to review how the province delivers services in the face of declining economic growth and rising deficits - published his report.

There is much to commend, it lays out stark truths that frankly, many citizens already know, but that government was too afraid to say aloud. It is a report that, frankly, I think many provincial and state governments may look at with great interest since the challenges faced by Ontario are faced by governments across North America (and Europe).

From an IT perspective - particular one where I believe open innovation could play a powerfully transformative role - I found the report lacking. I say this with enormous trepidation, as I believe Drummond to be a man of supreme intellect, but my sense is he (and/or his team) have profoundly misunderstand government transparency and why it should be relevant. In Chapter 16 (no I have not yet read all 700 pages) a few pieces come together to create, what I believe, are problematic conditions. The first relates to the framing around "accountability":

Accountability is an essential aspect of government operations, but we often treat that goal as an absolute good. Taxpayers expect excellent public-sector management as well as open and transparent procurement practices. However, an exclusive focus on rigorous financial reporting and compliance as the measure of successful management requires significant investments of time, energy and resources. At some point, this investment is subject to diminishing returns.

Remember the context. This section largely deals with how government services - and in particular the IT aspects of these services - could be consolidated (a process that rarely yields the breadth of savings people believe it will). Through this lens the interesting things about the word "accountability" in this section above is that I could replace it with searchability - the capacity to locate pieces of information. I agree with Drummond that there is a granularity around recording items - say tracking every receipt versus offering per diems - that creates unnecessary costs. Nor to I believe we should pay unlimited costs for transparency - just for the sake of transparency. But I do believe that government needs a much, much stronger capacity to search and locate pieces of information. Indeed, I think that capacity, the ability for government to mine its own data intelligently, will be critical. Transparency thus becomes one of the few metrics citizens have into not only how effective a government's inputs are, but how effective its systems are.

Case in point. If you required every Canadian under the age of 30 to conduct an ATIP (access to information and privacy) request tomorrow, I predict that you'd have a massive collapse in Canadians confidence in government. The length of ATIP requests (and the fact that in many places, they aren't even online) probably says less about government secrecy to these Canadians than it does about the government's capacity to locate, identify and process its own data and information. When you can't get information to me in a timely manner, it strongly suggests that managers may not be able to get timely information either.

If Ontario's public service is going to be transformed - especially if it is going to fulfill other Drummond report recommendations, such as:

Further steps should be taken to advance partnering with municipal and federal services —efficiencies can be found by working collaboratively with other levels of government. For example, ServiceOntario in Ottawa co-locates with the City of Ottawa and Service Canada to provide services from one location, therefore improving the client experience. Additionally, the new BizPal account (which allows Ontario businesses to manage multiple government requirements from a single account) allows 127 Ontario municipalities (such as Kingston, Timmins, Brampton and Sudbury) to partner with ServiceOntario and become more efficient in issuing business permits and licensing. The creation of more such hubs, with their critical mass, would make it easier to provide services in both official languages. Such synergies in service delivery will improve customer experience and capitalize on economies of scale.

Then it is going to require systems that can be easily queried as well as interface with other systems quickly. Architecting systems in open standards, that can be easily searched and recoded, will be essential. This is particularly true if the recommendation that private sector partners (who love proprietary data models, standards and systems which regularly trap governments in expensive traps) are to be used more frequently. All this is to say, we shouldn't to transparency for transparencies sake. We should do transparency because it will make Ontario more interoperable, will lower costs, and will enable more accountability.

Accountability doesn't have to be a cost drive. Quite the opposite, transparency should and can be the bi-product of good procurement strategies, interoperable architecture choices and effective processes.

Let's not pit transparency against cost savings. Very often, it's a false dichotomy.

What to read next
Tags
Government
Open data
David Eaves 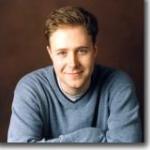 A public policy entrepreneur, open government activist and negotiation expert David is retained by several governments to advise on open government and open data, works with two spin-offs of the Harvard Negotiation Project and advises businesses on open source strategies and community management.
More about me

Building an open infrastructure for civic participation
This article was originally published on eaves.ca and is reposted with permission.
LinkedInTwitterFacebookWhatsAppEmailReddit