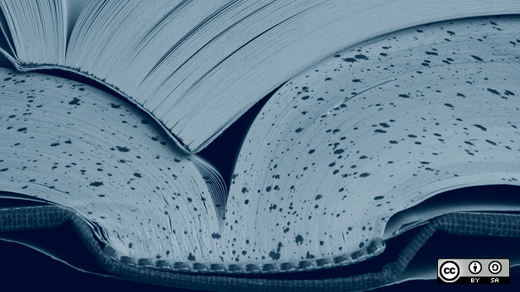 In 2008, representatives of the Personal Democracy Forum sent dozens of writers, pundits, politicians, entrepreneurs, researchers, and think-tankers the following prompt:

When the Framers met in Philadelphia in 1787, they bravely conjured a new form of self-government. But they couldn't have imagined a mass society with instantaneous, many-to-many communications or many of the other innovations of modernity. So, replacing that quill pen with a mouse, imagine that you have [the] power to redesign American democracy for the Internet Age. What would you do?

Rebooting America: Ideas for Redesigning American Democracy for the Internet Age collects the wide-ranging, provocative, and often blunt responses this question generated. But the book's title is somewhat misleading. The writers it features aren't interested in merely rebooting American government — interrupting its core processes, taking it momentarily offline, then restoring it to an earlier, somehow simpler, state. They're hacking on its principal architectures — its frameworks and principles — sketching mock-ups for a government that embraces open technologies and values to become more transparent, nimble, responsive, and accountable than previous iterations.

The collection is a series of bite-sized micro-essays in various forms. Some are incisive (and insightful) critiques of specific laws or policies that should be either scrapped or radically overhauled. Others are pointed diagnoses pinpointing unfortunate flaws in otherwise well-meaning legislation. Several pieces offer step-by-step instructions for rehabilitating ailing initiatives or leveraging the power of digital communication technologies for increasing civic participation. More are unabashed treatises. And some are works of speculative fiction, hopeful alternative histories of political will-have-beens.

Most essayists featured in Rebooting America will have long-time open source advocates nodding their heads while they traverse this eclectic anthology. Newt Gingrich, for instance, insists that government in the Information Age requires harnessing the power of collective intelligence and embracing transparency (sadly, there's no mention of ways open source can alleviate the threat of electromagnetic pulse attacks). Howard Rheingold, author of Smart Mobs, suggests that new technologies enable the many-to-many communication capable of "amplifying political action" and constructing new public spheres, particularly in the face of unprecedented media consolidation.

Other essays are (initially, at least) almost counter-intuitive — and their conclusions therefore all the more powerful. When Ellen Miller, co-founder of the Sunlight Foundation, argues for dismantling the Freedom of Information Act, she appears to call for abandoning a crucial tool for ensuring government transparency. But FOIA wouldn't be necessary, she claims, if government materials would simply default to open. In his essay, Jeff Jarvis (who teaches at the City University of New York Graduate School of Journalism) agrees: "Why should we have to ask for information from our government? The government should need permission to keep things from us."

Clay Shirky, author of Here Comes Everybody and Cognitive Surplus, proposes a similarly clever solution to the problem of legal protections for citizen groups: incorporation. So much of citizens' collective political action, he writes, relies on "stop energy" — the exertion of "short term pressure brought upon existing institutions to try to stop them from doing something."

But what about groups that don't want to stop something, but rather keep something going? This kind of work requires a different sort of long-term, sustained collaboration. How can the ad hoc groups organizing for change build lasting momentum? Shirky's answer is inspired by open source software communities and free culture proponents: just as programmers and other makers have at their disposal legal mechanisms for protecting the products of their collaborations — open source or Creative Commons licenses, say — citizen activists should be able to utilize the legal mechanisms of incorporation as firms do: to establish personhood and a legal identity that supersedes the involvement of any individual.

Rebooting America is teeming with ideas like these, each explained personal, passionate prose. The Personal Democracy Forum is selling printed copies of this Creative Commons-licensed collection through online retailers like Amazon, but the book is also available from the organization's website as a direct download.

What to read next
Tags
Government
Licensing
Publishing
Bryan Behrenshausen