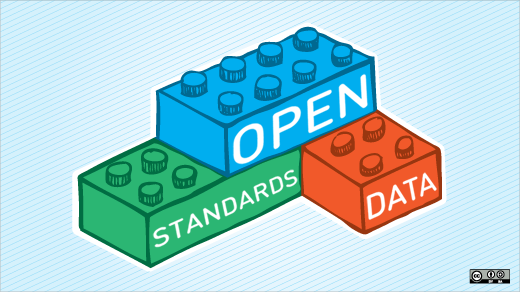 What's going on at the International Telecommunications Union?

Earlier this month, the IEEE, Internet Architecture Board (IAB), Internet Engineering Task Force (IETF), Internet Society, and World Wide Web Consortium (W3C) signed a joint agreement to affirm and adhere to a set of principles that establish what they call The Modern Paradigm for Standards.

For those who have lived in the technical standards world, you will find nothing overtly revolutionary in the Paradigm affirmed by these leading standards development organizations (SDOs). Indeed, the principles appear almost boilerplate from prior descriptions of voluntary, industry standards.

So, why would these five leading SDOs come together at this time and work to produce such a statement?

Part of the answer lies in the fact that in December of this year almost 200 governments will meet in Dubai, Arab Emirates to consider revisions to a treaty known as the International Telecommunication Regulations (ITRs). If you haven’t heard about the ITRs, you should learn about it (some tools to help you are below.) The potential revisions could affect how we use and benefit from the Internet, and potentially even how IT products (including open source software) are developed and deployed.

For more than 10 years, the ITU has struggled to seek to remain relevant in this Internet-driven world. It’s efforts have even included trying to insert itself into the management of the Domain Name System. To date, the ITU role in Internet Policy and Governance has been limited to promoting IPv6 awareness and coordinating some international cybersecurity efforts.

There are a number of good resources for you to get up to speed on what is going on. The one bookmark I regularly turn to is the "Internet Resource Center" managed by the Center for Democracy and Technology (CDT), a civil society organization that has a long-standing track record on fighting for Internet freedom and many of the issues shared by our community. As they point out in one of their analyzes:

While the WCIT12 negotiations are framed as updates to the ITRs rather than the introduction of an entirely new treaty, there is still significant room for revisions that would allow the ITU to exert unprecedented regulatory control over the Internet. Proposals include:

All of these possible directions raise concerns. Governmental regulation of IP-traffic routing raises enormous questions about unwarranted intrusion into transactions and transmissions over the Internet, and the prospect of the ITU "addressing" issues of cybersecurity recalls intense debate this year in the U.S. Congress over related legislation.

But the joint statement is probably most directly related to the second point made by CDT, which posits an expanded ITU role in technical standards. This would undermine and contrast sharply with what has traditionally been accomplished through voluntary, independent, non-governmental standards development organizations and consortia—and through its government members, impose them as a legal requirement. The prospect of the ITU subverting this role is laid out well in the CDT paper on "The Importance Of Voluntary Technical Standards For The Internet And Its Users".

From my own experience working in the U.S. Government (USG) on Internet and eCommerce policy, I found the ITU one of the least transparent of UN agencies. The ITU is driven largely by the voices of the telecom regulators; others effectively have no voice at the table.

The emergence of the Internet has severely disrupted the ITU regulatory model, which is neither technology neutral nor business model neutral. The Internet has been globally embraced and is a vital platform for innovation because it was consciously built upon a network of non-proprietary, non-regulatory, transparent and open standards. The technical underpinnings and architecture of the Internet and of the Web allowed unfettered entry into a global network.

The moves by the ITU have elicited serious concerns from important governmental voices around the world. Neelie Kroes, Vice President of the European Commission, responsible for its Digital Agenda, has stated that the ITU should not be given more power. And U.S. Ambassador Philip Verveer, who is coordinating the U.S. Government preparation for the World Conference on International Telecommunications (WCIT)—the formal name of the December ITU meeting in Dubai—has indicated the USG will advocate on behalf of Internet freedom and oppose proposed plans by other nations to control the flow of content or turn more control of Internet technology standards to the ITU, even as he downplays the likelihood of dire outcomes. In this context, the joint statement by the five SDOs appears intended to be a another important voice adding to the concerns of expanding the ITU role.

As an open standards advocate, I want to point out an element of the fourth core principle of Availability (i.e., that standards specifications be made accessible to all for implementation and deployment) that may raise some questions. This principle concludes with the statement that, "Given market diversity, fair terms may vary from royalty-free to fair, reasonable, and non-discriminatory terms (FRAND)."

This phrasing in the Paradigm—and the use of "OpenStand" in describing the movement embodied in the Paradigm—is certainly confusing. Perhaps unnecessarily so. It’s not clear why it needed to be referenced. The fight for open standards—standards that are unencumbered by use limitations and free from royalties—especially in the software field is an important one.

But, does this principle reflect an outright endorsement of FRAND across the board, a setback for open standards advocates? I’ve reread the Paradigm background and principles carefully. My own view is that, even with this confusion on this one point, the Paradigm principles do not reflect a setback, however frustrating the reference to FRAND may be. Nothing in the Paradigm argues that FRAND is preferable to royalty free.

In the context of the ITU meeting (and preparatory meetings leading up to it), I suspect that in the practical process of developing a unified voice against the usurpation of the role of voluntary standards organizations by the ITU, the five SDOs inevitably confronted the fact that each of them operates by different rules and cultures with regard to how patents should be treated—even if, in some cases, it required some of the signors to hold their noses.

This is essentially the point that Andy Updegrove makes in his recent blog. "[T]he IEEE has over 500 active working groups, most of which are in technical and industrial areas that are accepting of standards that require payment of license fees. It would not have been likely that IEEE (or, for that matter, the other four [SDOs] would have agreed to a statement limited to royalty free standards, and I have been able to confirm that this was, in fact, the case."

In the end, I see the phrasing in the Paradigm as merely descriptive of what currently exists. The phrase 'open standard'—and any associated definition—is absent in the Paradigm. The five signatory organizations collectively deal with a variety of spheres, not merely software, Internet or Web technologies. Perhaps those signatories who I know are advocates of open standards may be called upon to say or blog something in their individual capacities.

While I would like to share Ambassador Verveer’s optimism about the outcome of the WCIT, I think the risk of the ITU Proposals becoming reality remains too great. I am going to express my support for the OpenStand Paradigm (as well as other efforts not to expand the ITU’s reach). I will continue the fight for open standards and I urge you to do the same. If the ITU does get additional authority as outlined above, the horizon for open standards generally—and especially for the Internet and the Web—looks bleak.

Knowing how controversial the point was, OpenStand would have been better off simply not mentioning (F)RAND at all. As it is, the influence of participants who recognise the legitimate pressure to use RF terms on software standards so want to normalise acceptance of FRAND has won here, and an otherwise worthy effort has been tainted as a consequence.

That's a pure shame Redhat has endorsed such initiative, since FRAND is an undefined term, and which is used against Free Software.

Do you have any intention to withdraw your signature?