In late January, US Secretary of State Hillary Clinton unveiled the Open Book Project (remarks, project page, press notice), an initiative to expand access to free, high-quality educational materials in Arabic, with a particular focus on science and technology. These resources will be released under open licenses that allow their free use, sharing, and adaptation to local context.

Creative Commons is proud to be a part of the Open Book Project, partnering with the Department of State; the Arab League Educational, Cultural and Scientific Organization; and our open colleagues around the world. CC licenses are core to OER, providing the world’s teachers and students the rights needed to legally reuse, revise, remix, and redistribute educational resources. When education content is CC licensed, it may be legally translated into (or from) Arabic and any other language. Using CC licenses provides an unprecedented opportunity to ensure OER are able to bridge cultures and fill educational gaps that exist on a global, regional, and local level.

In Clinton’s words, "Talent is universal, but opportunity is not. It’s incumbent upon all of us to keep opening doors of opportunity, because walking through it may be a young man or young woman who becomes a medical researcher and discovers a cure for a terrible disease, becomes an entrepreneur, or becomes a professor who then creates the next generation of those who contribute.

When digital learning resources can be openly licensed and shared for the marginal cost of $0, many educators believe we collectively have an ethical and moral obligation to do so. Congratulations to all of the partners who will work together to help more people access high quality, affordable educational resources.

What to read next
Tags
Government
Education
Cable Green 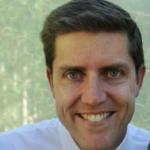 Cable Green is the Director of Global Learning at Creative Commons. He is responsible for setting strategic direction and priorities to build a global movement that will enable robust and vibrant practices and policies for free sharing of education and learning assets.
More about me