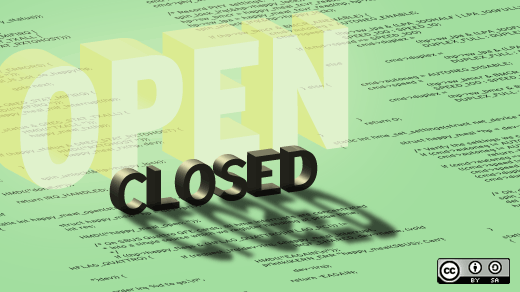 The federal government is the single largest purchaser of code in the world. So why is this code—taxpayer-funded and integral to the day-to-day working of our democracy—so often hidden from public view? There are two sides to answering that question: Why does the government so often build on closed platforms, and once built, why isn't the code released to the public?

It's a lot easier to contribute to open source when you're building on an open platform. While it's possible to open source a VBScript (Visual Basic for Applications), you'd likely have more momentum and receive a warmer reception from a platform with a more vibrant online community like Ruby or Python. Yet more often than not, the default in government is to look to "enterprise-grade," proprietary platforms from the onset, which send the government on a closed-source trajectory.

The demand for "enterprise" solutions

There's a good deal of FUD—fear, uncertainty, and doubt—in government CIO shops that open source is less secure, buggy, or more costly, and that you'll be in for a lifetime of pain if you don't invest in a real "enterprise solution." For one, if an agency writes a check to a software vendor, they know what they're getting. The contract spells out features, upgrade schedules, and allocates liability in the event that something goes wrong. More importantly, the vendor provides a phone number that the agency can call if they need help. "Post in the support forums and someone will reply" can be a scary proposition for a CIO (Chief Information Officer).

There are fewer suits behind open source

Before that transaction even occurs, the closed-source platform likely has a flashy marketing page and a cadre of federal salespeople calling up the agency and tabling at conferences, things open source platforms traditionally don't do, save Red Hat and a few others. And when the CIO's office asks for "enterprise" features like audit trails or meeting certain compliance requirements, you can bet that the closed-source solution will make sure those features make it into the next release cycle.

Last, these closed source platforms are what government contractors know, because it's what is taught in computer science programs and what they've always been asked to supply. If an experienced development firm has a bunch of ColdFusion developers, when they bid on a contract they're going to recommend that the thing be built in ColdFusion. Not to mention, the government's RFP may be scoped to favor the legacy technology they already know. All this means that before the first line of code is ever written, the odds are stacked against the project from ever seeing the outside of the agency's firewall.

But even if the agency's using a closed-source platform, there's no reason their custom code can't still be open sourced.

With the exception of 18F (digital services), the Consumer Financial Protection Bureau (CFPB), and a few others, government doesn't actually write code. In fact, it rarely has the human know how to do so if it wanted. Instead, the agency traditionally plays the role of a non-techincal program manager, providing specs for the functional requirements and selecting a contractor to deliver the end functionality. The points of contact at the agency overseeing the contract are rarely engaged with the open source community, let alone passionate about open source. As a result, open source traditionally isn't even part of the conversation. Why would it be?

In terms of the actual software development mechanics, the contract likely calls for a throw-it-over-the-fence workflow, where the agency doesn't even see the code until it's already in production, if at all—a long way from open source. Even if asked, the contractors may not have experience with more modern, open source workflows, or with participating in the open source community, creating a bad experience for all involved and further chilling open source efforts across government.

Reinventing the wheel as a business model

I also suspect that federal contractors have a disincentive to open source their work, considering that technical requirements likely don't vary much from agency to agency. A FOIA (Freedom of Information Act) request is a FOIA request and a press release is a press release, regardless of whether it's on FAA or FDA letterhead. Open sourcing these solutions the first time around could potentially decrease the demand for that same code being written a second time at the taxpayer's expense.

A culture of "no"

Once built, it takes humans to bring that code to the escape velocity necessary to overcome the agency's guarded inertia. Security is going to likely say no. Legal is going to likely say no. You'll have to get the code hosting platform approved. You'll have to procure an ongoing maintenance contract to review pull requests. You'll have to create a developer engagement policy for how you accept them. In a world of competing priorities, government employees will likely choose to move on to the next citizen-facing project, rather than spend potentially months combating the bureaucracy's immune system to change.

Transparency as a liability

Open sourcing code exposes the agency to the potential for criticism from millions of highly-technical, critical eyes, with little perceived upside from the agency's perspective. The non-technical agency team may not have the ability to evaluate the craftsmanship of the code internally, and it's often preferable to sweep things under the rug, rather than potentially air their dirty laundry to some of the Internet's most skilled trolls. Not to mention, the benefits of open source that advocates espouse are often not realized and thus cannot serve as a counterbalance if the code is so purpose built so as to render it unusable outside of government, thus attracting no outside contributors, or if the project is poorly managed, so as to scare those contributors away.

What needs to change

To flip the default, three things needs to change:

Why isn't all government software open source? Because you've got an entire value chain designed to produce closed source software, a system at equilibrium, with few incentives to rethink itself. Technology has made collaborating in the open easier in recent years, and as a result, the open source ecosystem has exploded. Yet, like all technology, government is still a few years behind mainstream adopters.

Hopefully, with your help, that can change. 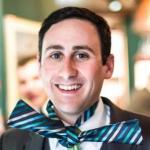