How a free mobile app fights Ebola and other global epidemics 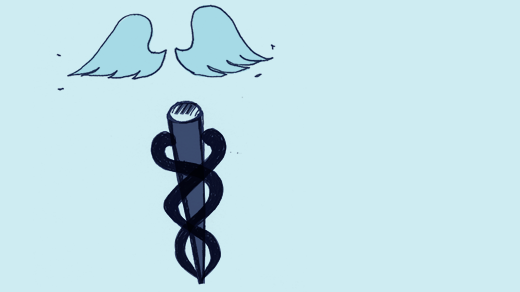 A version of this article originally appeared on the OpenMRS blog.

The enormity and severity of the West African Ebola epidemic that began in 2014 is hard to fathom. The outbreak resulted in more than 11,000 deaths, and hundreds of thousands of people affected by loss. Providing adequate care for any medical condition depends on information, but even more so when dealing with an epidemic that is as severe, dangerous, and fast-moving as Ebola. This is the story of how a dispersed global health IT community banded together to solve the enormous, unique information challenges presented by Ebola.

Not knowing who is infected and what the most effective treatment is, combined with the swift and severe toll Ebola takes on the human body, makes caring for anyone who has been infected especially challenging. Because Ebola is an emerging disease and not well understood yet, documenting treatment and outcomes is especially critical for battling the disease in the future.

In addition to being extremely difficult to treat, Ebola also presents key challenges in medical information collection and management. The virus can live on hard surfaces, so hand-written notes or drug prescriptions cannot be removed from the Ebola treatment area. This limitation compromises the ability to prescribe and dispense drugs safely.

We’ve all seen pictures of the protective, non-breathable suits worn by health workers. Without an EMR system, workers within the treatment centers had to shout information to someone outside the fenced-off quarantine area, and that other person would record the information. This was hardly an effective process, but also it prevented workers from accessing what treatments had been tried, a patient's reactions to previous care, and other key details about their medical history. With Ebola, even monitoring a patient's vital signs and hydration levels can hold the keys to effective treatment. 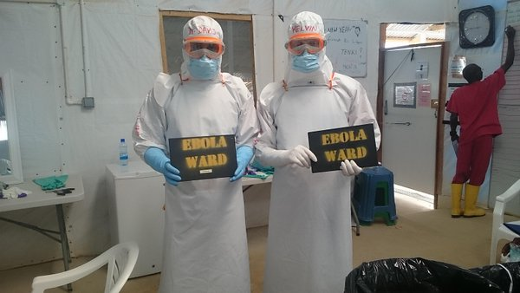 Thus, challenges to treating Ebola included the cumbersome suits and the extreme communicability of the virus, and the inability to rely on conventional paper-based reporting, on top of working within resource-poor environments in which electricity, computer networking, and other medical basics were not present or were unreliable.

An electronic medical record (EMR) system became a critical need during the Ebola crisis. An EMR system and the data it captures is crucial for understanding and treating an outbreak like Ebola, and without one, health workers can’t access key data, including lab tests, drug regimens, allergies, and drug reactions.

Luckily an open medical record platform already existed: OpenMRS. In 2015, Save the Children International identified the need for medical data collection in the Ebola treatment centers and reached out to the OpenMRS community. Around the same time, Google Crisis Response and Doctors Without Borders were working on a similar project Project Buendia, an Android client built on top of an OpenMRS server.

Founded in 2004, OpenMRS is a free, modular open-source electronic medical record platform used in more than 60 low- and middle-income countries. As the OpenMRS site explains, OpenMRS is a multi-institution, non-profit collaborative led by Regenstrief Institute, a medical informatics research leader, and Partners In Health, a Boston-based philanthropic organization with a focus on improving the lives of underprivileged people worldwide through health care service and advocacy.

OpenMRS includes many features out of the box, such as a centralized dictionary that allows for coded data, user authentication, a patient repository, multiple identifiers per patient (i.e., patient can have multiple medical record numbers), data entry for electronic forms, data export, patient workflows (so patients can be put into programs and tracked through various states), relationships (to track relationships between two people, such as relatives and caretakers), and reporting tools. Add-on modules are also available or can be developed.

OpenMRS responded to the call for help from Save the Children, and leaders quickly reached out to experienced medical informatics volunteers with a request to create proof-of-concepts, including user-interface (UI) mock-ups, analyzing clinical forms, and extending the OpenMRS shared data dictionary. The OpenMRS platform provided the necessary structure so those volunteers could come together through hackathons and the already-existing online community.

Most importantly, OpenMRS leadership connected Save the Children with a service provider, ThoughtWorks, a company with a focus on social change, which helps design, create, and deliver software. Because ThoughtWorks already had been active in the OpenMRS community, they were able to move quickly and put together a dedicated team to lead the process from proof of concept to a production application.

Ultimately, volunteers and staff from ThoughtWorks, Save the Children, the London School of Hygiene and Tropical Medicine, the University of Leeds, Elsevier, and the OpenMRS community built an innovative EMR using OpenMRS 2.1: OpenMRS Ebola EMR. The project was led from the Kerry Town Ebola Treatment Center, which was opened by Save the Children in 2014, outside of Freetown in Sierra Leone, and Save the Children in Kampala, Uganda. Contributions also came from teams in Brazil, China, Canada, Australia, the USA, and the UK. More than 12 years of shared research and development in the OpenMRS open source EMR helped expedite the urgent response needed to tackle the Ebola epidemic to move forward.

The OpenMRS-based system used to manage the Ebola epidemic runs on laptops in the green zone (area free of Ebola contamination) and waterproof, sterilizable Android tablets in the red zone (an area with confirmed cases of Ebola), with different user interfaces for each

The OpenMRS Ebola EMR supports such functions as patient registration, bed allocation, recording of vital signs and symptoms, ordering and administration of medications and IV fluids, laboratory results, clinical notes, discharge of patients, and data export for analysis. Tablets and laptops communicate securely with a server on a local wireless network, which, together with uninterruptible power supplies, means the system can continue running even when power or external network connections go down. This level of reliability allows for the replacement of paper-based systems even in settings with poor infrastructure. The data also can be backed up easily.

The team worked with clinicians and staff in the field to design a system that could work for their needs. The system was deployed in the Kerry Town Ebola Treatment Center. Clinical users gave extensive feedback on their experiences with the system and how to improve it, allowing rapid cycles of design, development, and testing.

As mentioned previously, the OpenMRS platform was used as the basis of two different tablet-based Ebola EMR systems developed independently: one by the Save the Children coalition and ThoughtWorks, and one by Google Crisis Response and Doctors Without Borders. The OpenMRS CIEL concept dictionary team also provided a valuable resource by curating a terminology dictionary that both systems shared.

As Wired explained in its article Google Builds a New Tablet for the Fight Against Ebola, “[This project] could also provide a path to all sorts of other new technologies for fighting disease and illness in developing countries. If tech is open source, you see, you can not only use it for free, but modify it. One technology is just a starting point for another.” In the challenge of Ebola, OpenMRS provided not only a code base, but an open umbrella and way of working for global health projects.

Also, because many of these projects are being built on top of an open source foundation, interoperability between them is enhanced. As more countries and communities base their EMRs on OpenMRS, the network effect of shared data and systems grows. OpenMRS already supports interoperability with the District Health Information System (DHIS2) widely deployed in low- and middle-income regions, including countries in West Africa, as well as with mobile health (mHealth) applications, laboratory information systems, and logistics systems such as Udon.

Public health officials know that it’s a matter of when—not if—the next epidemic strikes. Whether the epidemic is Ebola or something else, like yellow fever, the collaborative projects built on top of OpenMRS will help the world be better prepared for the next outbreak. Past improvements made on these open source systems is ready to become the foundation for the next solution.

Supporting open source platforms that quickly can be customized to respond to crises like the Ebola outbreak is crucial. Instead of siloed projects that may effectively address one need, but are not open for all to use, we must demand open source be the foundation for our global health IT infrastructure. With further refinements to the OpenMRS Ebola tools, we could deploy EMR systems to disease outbreaks in days rather weeks. Indeed, our lives may one day depend on it.

Learn more about how to get involved with OpenMRS.

What to read next
Tags
Health
Android
Amanda McPherson 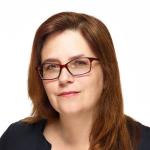 Amanda McPherson is currently an advisor, consultant, writer and college lecturer. Most recently she was the Chief Marketing Officer of the Linux Foundation, a worldwide non-profit that advances and protects the Linux operating system and other open source software projects.
More about me