Some thoughts on software patents and the Supreme Court 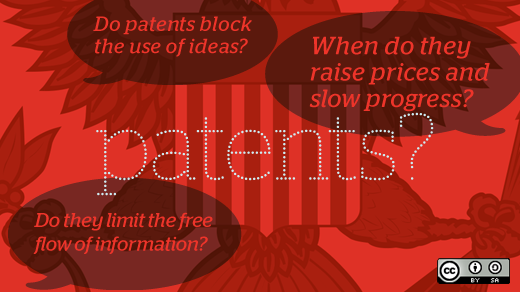 When the Supreme Court heard oral argument in the Bilski case a few weeks ago, I was fortunate enough to be in attendance at their courtroom in Washington, D.C. I'd previously worked on a brief for Red Hat arguing that the Court should address the harm that software patents cause to innovation. Even so, I had my doubts as to whether the Court would fully appreciate the serious problem of software patents, and recognized that it might limit its attention to business method patents and try to avoid the software patents issue.

After hearing the argument, I felt confident that some of the problems with software patents have not escaped the Court's notice. Several justices' questions suggested a high degree of skepticism regarding the value of overly abstract patents. The justices hammered on Michael Jakes, counsel representing Bilski, with questions on whether he thought a variety of abstract ideas could be patented, including a method for teaching antitrust law, using actuarial tables in the insurance business, an alphabet used to form words, and training horses. Mr. Jakes thought all such things were patentable, but the justices' body language indicated they did not at all agree. I actually felt a little sorry for Mr. Jakes.

In several questions, the justices appeared to recognize that it simply isn't always the case that patents foster innovation. Justice Breyer, for one, noted that patents raise prices and can slow the pace of progress. Justice Sotomayor observed that patents limit the free flow of information by requiring licensing. Similarly, Justice Scalia noted that patents block the public from using ideas.

It was particularly encouraging to hear the justices questioning Malcolm Stewart, representing the PTO, on his position that programming a computer with new software caused it to be a new machine. Chief Justice Roberts specifically challenged this view, comparing simply adding a computer to a process to adding a typewriter to type something out. Justice Stevens also took issue with Mr. Stewart on this point, saying the computer was not a new computer, but an old computer with a new program. Justice Breyer seemed to agree when he expressed doubt that just having a set of instructions for a computer could make a new machine.

Of course, none of the justices' remarks are equivalent to an opinion of the Court, and its possible that the direction of the Court's thinking could turn in other directions before an opinion is issued. It seems clear, though, that certain fundamental problems with business method and software patents are on the Court's radar. While there are still many people who mistakenly believe that patents always serve innovation, the Supreme Court does not seem inclined to accept such a view without qualification. That's encouraging.