License compliance is not a problem for open source users 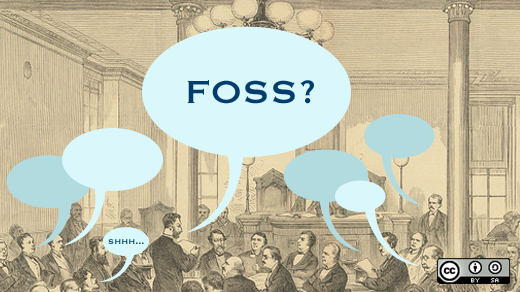 License compliance is a major and costly issue for proprietary software, but the license involved in that case is an End User License Agreement (EULA), not a source license delivering extensive liberties. When we compare like-for-like, we discover open source software has no such issues. End-users do not need to have a license management server, do not need to hold audits, do not need to fear BSA raids. Open source is so much easier!

But it's easy to forget that.  The New York Times recently featured the activities of the GPL enforcement community. While there's a part of me that's pleased there are people doing this, I'm concerned that their well-intentioned actions - and those elsewhere, such as the Linux Foundation's compliance programme - are the focus of public understanding about open source software. Of the many attributes of software freedom that could move to front-of-mind, it strikes me that the minimal license compliance burdens for open source software are actually a comparative strength and having them presented as a feature applies a "frame" that serves only the detractors of software freedom.

I owe American progressive scholar George Lakoff for the insight about framing. As he explains in detail in "Metaphors We Live By" and in more accessible (if politically-oriented) terms in "Don't Think Of An Elephant", the words and concepts we use about things are a powerful tool for shaping our understanding of them. The choice of terms used to speak about a subject can be used to convey an outlook and evaluation of the subject more powerfully than we might imagine. Thus the constant repetition of "tax and spend" to describe the politics of a political party, even if used without accusation ("they are not as prone to raising taxes as you might think, and their spending is largely under control") defines the criteria by which the party is judged as their propensity to raise taxes, whereas the real area where comparison is due may actually lay elsewhere.

By careful selection of the set of terminology and concepts used to talk about ones opponents - the "frame" placed around them - it's possible to completely distract an audience from the real issues and actual benefits, as the victim of the frame will spend all their time arguing against the frame (and thus reinforcing it as their defining issue) rather than speaking about their strengths.

Open source compliance is not a user issue

Do we need to worry about license compliance? Obviously respecting authors and obeying the law are important, but for most of us the answer is probably "no", there are bigger things to worry about. Open source software comes with a set of liberties commonly called "the four freedoms". My summary of them is that any software under an open source license may be used, studied, modified and distributed for any purpose, as long as the license is obeyed.I believe all the benefits of open source are the first and second derivatives of these freedoms.

There are issues that companies who are shipping open source code as a part of products need to keep in mind, but in my view they are no more complex and burdensome than the issues arising from shipping proprietary software. It's important to make sure you know you have the necessary rights to everything you ship, and when you ship code made from proprietary elements you naturally do so. Only sloppy developers fail to do this, and the Linux Foundation's programme is a fine cure for that sloppiness.

Software freedom is not about licenses

The result of making it seem otherwise is that the more subtle opponents of open source are able to raise Fears about compliance, attaching Uncertainties soluble only via extra costs that aren't really applicable to the majority of uses and thus seeding Doubts that the bother is really worth it. This has all the classic hallmarks of FUD, spinning the weakness of proprietary software and its BSA-mediated enforcement heavies and by implication tarring open source with it. We should reject the frame

Ultimately, software freedom is not about licenses; they are merely a part of the mechanics. It is about the liberty to use, study, modify and distribute software, and we are free to use that liberty as little or as much as we want without interference. Allowing ourselves to be distracted from the liberty which is the course of all of the benefits individuals and business gain from open source is a mistake. Don't let the forces of proprietary software do it to you.  Reject the frame and revel in your liberty!

What to read next
Tags
Law
Licensing
Simon Phipps