The U.S. Supreme Court recently agreed to hear an appeal regarding the evidentiary standard for invalidating patents. The case involves a judgment against Microsoft Corporation in favor of i4i Limited Partnership. If the Court accepts Microsoft's arguments, it could be good news for the FOSS community.

By federal statute, a U.S patent is presumed valid. 35 U.S.C. § 282. In other words, the court system must give deference to the U.S. Patent Office’s decision to grant a patent. The U.S. Patent Office is assumed to have far greater expertise than a judge or jury in determining whether an invention is patentable. Under current U.S. patent law, the presumption of patent validity can be overcome only by "clear and convincing evidence" to the contrary. This evidentiary standard applies even when a patent is challenged based on information that was not considered by the U.S. Patent Office. As a result, it can be difficult to invalidate a patent under the current legal structure even though there may be strong evidence that the patent is obvious, for example.

In the i4i case, the plaintiff accused Microsoft of infringing U.S. Patent No. 5,787,449, which covers systems and methods for the separate manipulation of the architecture and content of a document, particularly for data representation and transformations. At the trial court level, certain versions of Microsoft Word incorporating XML technology were found to infringe the '449 patent and Microsoft was ordered to pay $290 million in damages and to stop making, selling, or otherwise using the infringing software. As a defense to the infringement allegations, Microsoft argued that the '449 patent was invalid in view of the prior art, i.e., that the claimed invention was not new, or at least was obvious, when compared to pre-existing technology and, thus, the U.S. Patent Office should not have granted the patent. Microsoft was ultimately unable to persuade the jury to invalidate the '449 patent.

In its appeal to the Supreme Court, Microsoft argues that the burden of proof required to invalidate a patent should be much lower when the allegedly invalidating prior art was not considered by the U.S. Patent Office in deciding to grant the patent. Microsoft contends that a "preponderance of the evidence" standard should instead apply in such a situation. Under this lower standard, a jury would determine whether it is "more likely than not" that the patent should be declared invalid. If the Supreme Court agrees with Microsoft, future defendants will have an easier time proving patent invalidity based on information not considered by the U.S. Patent Office; less persuasion will be required in those cases to convince a jury that a patented invention was already known or was obvious in light of the prior art.

It would not be surprising that members of the FOSS community would welcome news about a potential change in the law that could weaken protection for software patents. Many in the FOSS community believe that software should not be eligible for patent protection in the first place and that the patent system generally impedes software innovation. While patent owners do not tend to assert claims against small and/or non-profit FOSS distributors, larger commercial FOSS distributors have recently been targets of patent infringement suits and threats of such lawsuits. There remains, it seems, a general sense of fear and uncertainty in the FOSS community when it comes to patents.

A common complaint among members of the FOSS community is that many software patents cover obvious improvements or implementations of pre-existing technology, but were nonetheless granted because insufficient prior art was identified by the U.S. Patent Office when the patent was being examined. The new evidentiary standard proposed by Microsoft, if adopted by the Supreme Court, would provide more powerful ammunition for parties defending suits against such dubious patents. For members of the FOSS community, this could ultimately translate into fewer barriers to entry into markets dominated by companies with substantial patent portfolios. While the outcome of Microsoft’s appeal remains uncertain, one thing is clear: the decision in this case has the potential to reform the patent system in favor of those who would like to see fewer patents.

What to read next
Tags
Law
Patents
Mike Pavento 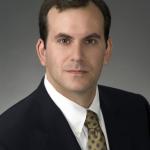 Mike Pavento is a partner at the law firm of Kilpatrick Stockton, where he focuses his practice on intellectual property law. He regularly counsels clients on open source software issues. He also has significant experience in drafting and negotiating complex IP agreements and conducting IP due diligence studies and competitive analyses.
More about me