Open standards and the royalty problem

In December, the long awaited version 2.0 of the European Interoperability Framework (EIF) was released by the European Commission. Version 1.0 had defined “open standard” as royalty-free, a definition of enormous impact on standards policy because it focused on the user perspective rather than the perspective of standards development organizations. Some standards organizations claim that “open standards” refers only to the way the standard was developed – not the terms of availability. In addition, some argue that “fair, reasonable, and non-discriminatory” licensing (FRAND or simply RAND – without the “fair,” as it is known in the U.S.) should be the baseline for openness, not “royalty-free” (RF).

EIF v2 takes the broader perspective on “openness” – that it pertains to the terms of availability, not just the process under which the standard is developed. However, it drops the requirement that “open” = royalty-free. In fact, even “fully open” does not mean royalty-free. The key section reads:

If the openness principle is applied in full…. Intellectual property rights related to the specification are licensed on FRAND terms or on a royalty-free basis in a way that allows implementation in both proprietary and open source software.

This seems to say that RF is no more open than (F)RAND, although RF is in fact an especially open subset of (F)RAND. Unless there are unusual special requirements, anything licensed royalty-free is commonly considered to be available under “free, reasonable, and nondiscriminatory” terms.

And what does “in a way that allows implementation in both proprietary and open source software” mean? Does it only apply to “royalty-free basis” (since the test distinguishes between “terms” and “basis”)? In any case, (F)RAND terms conflict with some open source models and not others. They are not a problem for permissive “BSD-style” licenses, but are for the more common General Public License (GPL). The GPL imposes constrains on distribution if a royalty must be paid. Is possible of implementation under a permissive license sufficient (at least if there is a distributor willing to pay for a patent license on the side)?

There is enough uncertainty here to give lawyers a field day. In fact, this is a fundamental problem with the (F)RAND itself, because it is difficult to define what is “fair,” “reasonable,” or even “nondiscriminatory.” Standards organizations do not want to get involved in overseeing licensing fees. (Patent pools do, but it can be very cumbersome.) So fees are set in one-on-one negotiations between patent holders and implementers. Patent holders like this, because they have an enormous advantage going into negotiations. The implementer or user needs to license in order to enter the market – and is not in a position to question the patent holder’s definition of what is fair, reasonable, or non-discriminatory, or to find out what others are paying.

It is sometimes argued that royalty-free licenses deprive patentees of incentives and deprive of the best technologies. Yet there are many reasons that patent owners may wish to license a patent royalty-free for use in a standard. It puts the patent holder out in front on product lead-time. It may enable compatibility with legacy products or products in development. Or the patent holder may have complementary products or assets that either provide a direct competitive advantage or that would benefit from rapid expansion of the market. The scope of royalty-free licenses is usually limited to what is necessary to practice the standard, so that any other use of the patented technology requires a fee. Furthermore, royalty-free licensing lessens the jockeying (strategic behavior) that takes place as companies try to get their patented technology adopted. A massive survey by the Fraunhofer Institute contracted by another part of the Commission found strong preferences for royalty-free licensing for a variety of reasons.

The major software standards organizations such as the World Wide Web Consortium (W3C), generally favor royalty-free licensing. An RF policy fits with the royalty-free tradition of basic Internet and Web technology, which allows anybody to offer services or develop improvements without asking or paying for permission. Because the barriers to entry are so low, this makes perfect sense. On the other hand, for facilities-based telecommunications, there are huge barriers to entry and therefore few entrants. License fees are likely to be modest relative to the huge investment in facilities. Entrants are bound to be active participants in the standards processes, have their own patents available for cross-licensing, and be large enough to negotiate aggressively.

In any case, what most implementers and other users care about is not having to pay royalties or ask for permission.

In contrast to the revised European Interoperability Framework, the recent report from President’s Council of Advisors on Science and Technology, Designing the Digital Future, embraces the original royalty-free definition of open:

Interoperable interfaces – the means by which components of the smart grid can talk to each other, for example, or by which electronic health records can be shared and added to by many parties – are an important stimulus to technology innovation and adoption.  Optimally, these interfaces would be open: anyone may create products that use the interfaces without paying fees; and a public, transparent process is used to establish and revise the standards that define the interfaces.

A public, transparent standards process considers the requirements and contributions of the entire user community, and is designed to ensure that the standard can be used freely and that its use or implementation infringes on no patents and requires no payments of royalties or license fees.  The Internet communication protocols and the HTML document format are examples of such interfaces.

And it makes the connection to global leadership based on open standards:

The ecosystem that emerged from the open interfaces of the Internet has led to U.S. domination of innovation in that area… If the United States creates the open architectures and standards, U.S. industry will gain an early advantage.  NIST, in consultation with NSF, should lead an interagency effort to build consensus and fund reference implementations.

PCAST is not the government but it is the highest private sector advisory body on science and technology. Its views are taken seriously, especially on something as fundamental as de facto definitions. The European Commission is a government agency and in this case is dealing with procurement and interoperation within government agencies. In the new version of the European Interoperability Framework, it has backtracked, offering guidance that defies common understanding. It muddles the policy framework by introducing new ambiguities and perpetuating debate about fundamental definitions. 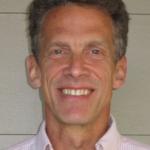 Brian Kahin is Senior Fellow at the Computer & Communications Industry Association in Washington, where his work focuses on patents, standards, open source, and innovation policy.
More about me