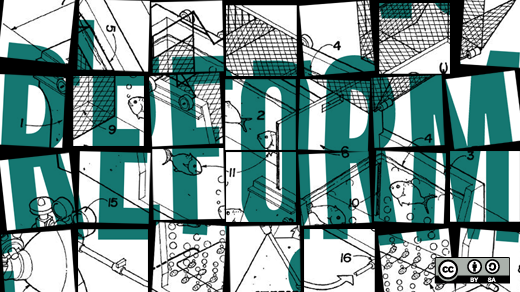 The Hidden Gem in the Bill:  Joinder Reform

So it has finally happened: a patent reform bill has actually become law. Last Thursday, the U.S. Senate voted 89-9 to send H.R. 1249 to the White House, where it was signed into law today.  While I have pointed out in the past that this bill misses out on several aspects of reform that previous bills attempted, it does include some useful aspects.

First, though, let’s discuss what the new law will NOT include.

It will not include any provision tying damages in patent litigation to the specific contribution of the patent over prior technology nor will it provide any specific damages limitation.  It will also not require bifurcated trials to separate liability and damages issues.  It will not allow interlocutory (real-time, during the underlying case rather than post-verdict) appeal of claim constructions by courts.  It will also not specifically include a provision restricting venue in patent litigation (but, as shown below, the joinder provision will have an effect on venue for some cases).  Each of these provisions were included in prior versions of the legislation and would have helped fix the system.

So what is included?  The provision that has received the most commentary is the one which moves the U.S. from a "first to invent" patent system to a "first to file" system. Although there are some exceptions and nuances (as well as interesting applications) that I will save for a later post, the basic idea is that the filing date of a patent will become more important. Right now, an inventor can state under oath during prosecution of the patent that the invention conception date was before the date of another invention from before the filing date. This is known as "swearing behind" the filing date. After the law takes effect, swearing behind will no longer be allowed, since the filing date of the patent – not the conception date of the invention – will control.  I will specifically address the"first to file" provision in a later post.

Another provision that has not had as much press but will have a significant immediate impact on patent litigation regards what is referred to as "joinder." An understanding of this change requires an explanation of how some patent cases work right now. As recently as a few years ago, all that a patentee had to do to establish proper venue in a patent case and not get the case transferred for lack of convenience of the parties was to assert that infringement occurred in the district. For example, in the Eastern District of Texas (a popular forum for patent plaintiffs), it was sufficient for transfer for convenience purposes when accusing a microprocessor manufacturer to simply to point to the Best Buy electronics store in Longview, Texas (in the Eastern District) since sales of infringing products constitute infringement. Over the last few years, the law regarding venue and transfer for convenience has become significantly more strict. In order for the case not to be transferred, the law now requires a closer relationship between the case filed and the selected forum than simply identifying infringement in the district.

As the difficulty of keeping cases in East Texas and other favored forums increased, patent plaintiffs developed strategies to adapt. A primary strategy is to file against a large number of defendants – that is, to "join" a large number of parties to the lawsuit. Currently, in many cases, patent plaintiffs are allowed to join multiple defendants – often dozens – based on the rationale that each defendant is accused of infringing the same patent and the products are not significantly different. Different courts have had differing tolerances for such tactics, but many, including the Eastern District of Texas, have allowed cases with 50 or more defendants to be joined.

To further cement this strategy, at least one Texas-based defendant is typically named, if possible. (Dell is a popular target for this reason.) And when there are no large Texas defendants that can be added, small retailers, including "mom and pop" stores, that have sold accused products made by much larger (non-Texas) companies are attacked. These mom and pop stores will eventually be dropped from the suit – well after the venue question had been addressed (and after they have spent money to defend themselves, sometimes to the point of going out of business).

The joinder provision included in the America Invents Act, as passed, which Red Hat actively supported, specifically states that there must be another basis for joinder beyond an allegation that the defendants have all infringed a patent. Thus, the new law should prevent the "file around the country, and add a few Texas mom and pops" tactic. In fact, the natural result of this new law should be that patent plaintiffs, especially non-practicing entities (NPEs), will generally have to file as many lawsuits as there are defendants. This will mean that each case will likely be filed either where each defendant is organized (often Delaware or Nevada) or where it has its principal place of business.

At least as important as this effective restriction on venue is the effect on NPEs of having to litigate one case per defendant. First, NPEs have been targeting multiple defendants in a single lawsuit to reduce their costs. More important, though, NPEs have been leveraging such lawsuits against defendants by forcing competitors and other unfriendly parties to either cooperate by sharing confidential documents, expenses, attorneys, and strategy or to spend even more money and resources in defending the case. The new "one defendant-one lawsuit" rule will require NPEs to try cases as many times as there are defendants. Not only is this prohibitively expensive, but it puts the validity of the patent(s) in suit in peril every time the case is tried.

There are as many opinions on the America Invents Act as there are people, but the seemingly harmless new joinder rule may place new burdens on NPEs seeking to profit from patents. 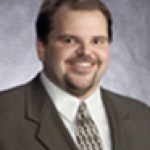