Prometheus bound: An important precedent for the next software patent case 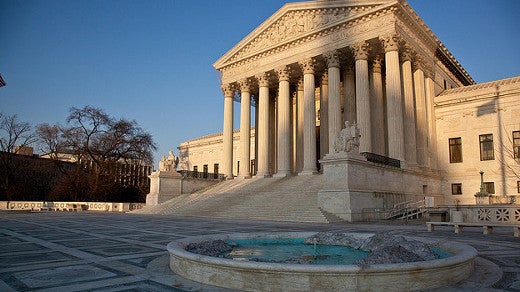 The Supreme Court’s new opinion on patent eligibility is an important step in the right direction in addressing the problem of software patents. It shows that the Court is mindful of the risks that patents can hold for innovation, and will provide a useful precedent for the next big software patents case.

The case, Mayo Collaborative Services v. Prometheus Laboratories, Inc., concerned the validity of patents of Prometheus relating to diagnostic testing for autoimmune diseases such as Crohn’s disease and ulcerative colitis. The patents set forth levels of metabolites in the bloodstream that would indicate whether a particular drug dosage should be increased or decreased.

Plainly, this was not a dispute about software patents, but the Court’s unanimous opinion will guide it and lower courts as they analyze future software patent cases. The Court began by noting that 35 U.S.C. Section 101 sets forth a broad area of patent eligibility, but that there is an implicit exception that makes “laws of nature, natural phenomena, and abstract ideas” not patentable. The Court ultimately concluded that the Prometheus patent fell within the laws-of-nature exception.

The Court’s interpretation of this exception is significant. The Court characterized the ways in which a drug is metabolized in the body as “entirely natural processes,” and found that patents describing such processes “set forth a natural law.” This seems an expansive interpretation of the concept of a law of nature that has major implications for patents on biological processes.  This approach will also be important for cases involving software patents.

The Mayo Court cited as important precedents three earlier Supreme Court cases that involved software.  According to the new opinion, these cases--Diehr, Flook, and Benson--concerned patents involving “processes that embodied the equivalent of natural laws.”  Diehr concerned a process for transforming uncured rubbed into cured, molded products using the Arrhenius equation.  Although the Diehr process as a whole was patentable, the Court found that by itself, “the basic mathematical equation, like a law of nature, was not patentable.”  In Flook, the Court found a formula for computing an alarm limit as part of a process for catalytic conversion of hydrocarbons was a basic mathematical equation that, “like a law of nature,” was not patentable.

The Benson case involved a process for converting binary-coded decimal numerals into pure binary numbers on a general purpose computer. The Mayo opinion describes Benson as holding “that simply implementing a mathematical principle on a physical machine, namely a computer, was not a patentable application of that principle.”

These references and the analogy to laws of nature will be important in future software patent cases.  It is also interesting to note the Court’s application of the machine-or-transfer test of Bilski. In response to the argument that the blood of the individual was transformed in the course of the test, the Court said that the machine-or-transformation test was only “an ‘important and useful clue’ to patentability” which did not “trump the ‘law of nature’ exclusion.” In other words, the Bilski test, even if satisfied, does not allow patenting of laws of nature.  The Mayo opinion indicates the same ought to be true for mathematical algorithms.  And software is made up of mathematical algorithms, n’est-ce pas?

It also seems noteworthy that the Mayo Court outlined a balanced view of the patent system that took account of the risks it can pose for innovation. It wrote, “Patent protection is, after all, a two-edged sword. On the one hand, the promise of exclusive rights provides monetary incentives that lead to creation, invention, and discovery. On the other hand, that very exclusivity can impede the flow of information that might permit, indeed spur, invention, by, for example, raising the price of using the patented ideas once created, requiring potential users to conduct costly and time-consuming searches of existing patents and pending patent applications, and requiring the negotiation of complex licensing arrangements.” The Court also noted that monopolization of abstract intellectual concepts and other basic tools “through the grant of a patent might tend to impede innovation more than it would tend to promote it.”

This may not sound surprising to FOSS community members who are knowledgeable about the problems of software patents.  But Americans are taught from an early age to venerate the patent system.  Many end up with an unshakeable belief that it always fosters progress, and cannot conceive that it sometimes hinders innovation. In Mayo, all nine Justices recognized that the reality is more complicated.  The Court may not be ready yet to take on the software patent problem, but its practical, empirical approach could be a harbinger of progress to come.