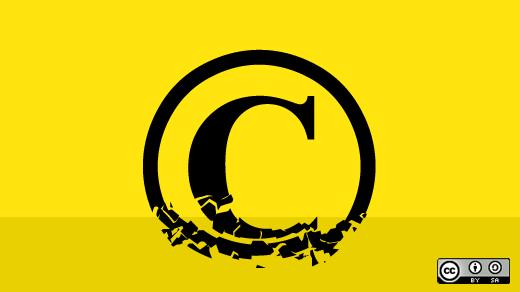 Last week the European Court of Justice (ECJ), the highest court in the European Union on matters of EU law, issued a judgment in the case of SAS Institute Inc. v. World Programming Ltd., C-406/10, which was referred to the court for a preliminary ruling by the UK's High Court of Justice for England and Wales, Chancery Division. In keeping with the previous advisory opinion by Advocate General Yves Bot, the ECJ judgment affirms limits on the degree to which EU national copyright law can restrict the rights of software users, and clarifies the important distinction in copyright law between copyrightable expression and noncopyrightable idea. The judgment provides binding interpretation of certain EU Directives relating to copyright, namely Articles 1(2) and 5(3) of Directive 91/250/EEC (14 May 1991) and Article 2(a) of Directive 2001/29/EC (22 May 2001).

The underlying litigation concerned a SAS software product and associated documentation. The product enabled users to run scripts written in a SAS-specific language characterized by certain syntactic and semantic features. WPL, having a license to the "Learning Edition" of the SAS product and its manuals, but without access to actual or reconstructed SAS source code, developed its own software that emulated the SAS product, such that SAS language scripts could be run with functionally equivalent results. SAS accused WPL of copyright infringement.

Second, the court concluded, with some circularity, that a person who has a licensed copy of a program is entitled, without needing authorization from the copyright holder, to "observe, study or test the functioning of that program so as to determine the ideas and principles which underlie any element of the program", provided that the licensee only engages in "acts covered by that licence" as well as acts of loading and running necessary for use of the program, and on condition that the licensee does not infringe copyright. The fact that the license does not cover the "purpose" of studying the functionality of a program in order to reproduce such functionality in a second program does not prevent the licensee from benefiting from this limitation on the copyright holder's power. (The SAS "Learning Edition" license was limited to "non-production purposes", and the UK court had determined that WPL's acts had exceeded the scope of the license.) The court also indicated that a license provision that attempted to override this limitation, such as a blanket prohibition on reverse engineering, would be null and void.

The third issue addressed by the court concerned the relationship between documentation and software that in some sense implements the information provided in the documentation. Copying elements of a manual for a program into another program may infringe copyright, but only if such copied elements are copyrightable expressive material. With respect to manuals concerning programming or scripting languages, the court said that "the keywords, syntax, commands and combinations of commands, options, defaults and iterations consist of words, figures or mathematical concepts" which are not copyrightable expression in themselves, even where they are contained in a larger work that is copyrightable. Copyrightable expression can arise only from "the choice, sequence and combination of those words, figures or mathematical concepts".

The first and third conclusions by the ECJ are of particular relevance to the issue of programming language copyrightability, in a way that has resonance for the software industry generally and free software in particular. All the mainstream imperative programming languages in use today are, in a syntactic sense, derivatives of ALGOL, and most are derivatives of ALGOL's descendant C. While those languages were developed at a time when the copyrightability of software was still unclear or irrelevant, it is useful to consider the likely consequences had the authors of these languages, or their employers, asserted copyright ownership over all implementations and uses of the languages, including the creation of derivative languages. It is also worth remembering that concern about proprietary control of programming languages was a factor in the relative popularization of those languages that had free software reference implementations and in the avoidance, in the free software world, of those languages that did not.