On Friday June 7, the German Parliament decided upon a joint motion to limit software patents (see English translation by BIKT). The Parliament urges the German Government to take steps to limit the granting of patents on computer programs. Software should exclusively be covered by copyright, and the rights of the copyright holders should not be devalued by third parties' software patents. The only exception where patents should be allowed are computer programs which replace a mechanical or electromagnetic component. In addition the Parliament made clear that governmental actions related to patents must never interfere with the legality of distributing Free Software.

This  is an important step to fix the software patent insanity. The FSFE highly welcomes this decision. It's great to see that all of Germany's major parties understand that software patents are a huge problem and that they are acting accordingly

Tens of thousands of software patents in Germany and Europe present enormous cost and liability risks, especially for SMEs. Several German SME associations welcomed the Parliament's decision. However they warn against giving all the responsibility to Brussels, as the EU has been consistently incapable of providing software developers with legal certainty. "Germany now has to implement this decision in law, to send a strong signal towards Brussels," says Johannes Sommer of BIKT, one of the associations.

At an expert meeting in the Parliament on May 13, in which FSFE also participated, industry associations BIKT and BITMi proposed changes to German copyright  and patent law. These proposals would also affect software patents which have already been granted. The first proposal is to add a "protective shield" clause to German copyright law, introducing a blanket ban on the enforcement of patent claims with regard to software. The second proposal to be implemented in German patent law makes sure that the effect of patent claims shall not extend to works protected independently by copyright. Both proposals would prevent that patents on software can be enforced against software developers. The FSFE supports both proposals.

Since the EU has decided to give away its power to make rules on the unitary patent, this step towards limiting patents on software is all the more important.

The joint motion was introduced in German Parliament in April. After a first hearing, the legal committee held an external expert meeting on May 13 for which FSFE published a written statement and Matthias Kirschner's notes of his oral presentation. During the hearing, a substantial majority of the external experts supported the join motion. After recommendations from the Parliament's Legal Committee, backed up by the Committee for Economy and Technology, the Committee of Education, Research, and Engineering Results Assessment, as well as from the Committee for Culture and Media, the German Parliament in plenary session has approved unanimously the joint motion on the June 7. 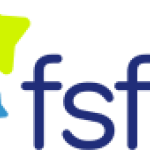