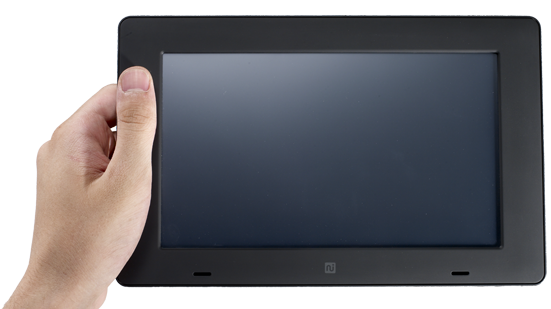 Interest in iPad app development is waning, and the device just got here. Maybe that means it's time to explore more open options. Here are five.

Neofonie WePad
A bit bigger than the iPad with an 11.6", 1366x768 display, the WePad runs the Android OS. You can get apps from the Android Market or the WePad App Store. It also has a 1.3 megapixel webcam, which the iPad infamously did not include. What about the other iPad holes most often complained about? Flash? Yes. Multitasking? Yes. And the USB ports, modem, and 6-hour battery life won't hear many complaints either.

Touch Book
Touch Book is sort of a netbook, sort of a tablet. It's made by a company called Always Innovating, and it has a feature that really appeals to me--a detachable keyboard dock. Their website shows its many with-or-without-dock configurations with titles like "Yoga: Downward dog," "Separation under way," and my favorite, "Fridge magnet." The hardware and software are fully open source--ready for you to do with what you like. It comes with a custom operating system, but you can install any mobile OS you like. Take a look at it at Gizmodo.

iFreeTablet
A 2-pound tablet for 300-400€ with a Linux OS designed specifically for a touchscreen with usability in mind. That's the completely open source iFreeTablet developed at the University of Cordoba in Spain. And you get the Flash support and multitasking you can only dream of with that shiny iPad. It's biggest shortcoming is the mere 2.5 hour battery life.

Tablets from Taiwan
According to PCWorld, Taiwanese gadget makers are ready to show off at least 10 iPad competitors. Here are two that were also shown at CES:

Google tablet
This one's cheating a bit--Google has no official plans to release a tablet. But there has been consideration of what the Chrome OS would look like on a tablet. And that gets the speculation started. ReadWriteWeb has explored the idea more in-depth.

Ready to say no to the definitely closed iPad? Which of these alternatives sounds best to you?

What to read next
Tags
Android
Ruth Suehle