Panel: Copyright Needed In Music, But Should Benefit Musicians 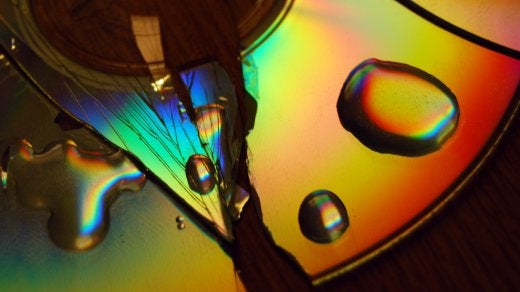 This story was written and originally posted by Kaitlin Mara at Intellectual Property Watch.

File-sharing too is an issue, but innovative thinking may be required to find new ways to manage music sharing practices which have become outdated, panellists said.

The “biggest flaw in music is not copyright, it’s business practice,” said attorney and lecturer Ben Challis. Business practices that shift rights from the author or song writer to companies are the reason that artists do not get paid, he added. A fair regime would protect artists as well as the corporate side, he added.

Copyright has “shown itself for what it truly is,” said Kienda Hoji, an entertainment lawyer and senior lecturer at the University of Westminster. It is a system that benefits those who want to make money, not the creators who deserve to, he said.

They were speaking at an event called Talking Copyright: Reflecting On A 300 Year History & The Music Industry, held at the University of Westminster in London on 15 June. The event was organised by British Black Music, an online resource, and the Black Music Congress, a “forum for discussing issues around black music, networking, and a pathway to music industry education.”

It was intended to explore whether copyright laws are robust enough for the internet age, and if copyright awareness campaigns had lost the hearts and minds of young music consumers.

Many examples of copyright leaving the artist behind were cited by the event chair, Kwaku, founder of the Black Music Congress and one of the directors of British Black Music.

Composer Solomon Linda, a South African Zulu, composed a song called “Mbube” after the Zulu word for “lion.” The song later became famous as “The Lion Sleeps Tonight,” which was eventually licensed to Disney for its film the Lion King, but Linda died poor, having not seen a fraction of the money generated by his work, said Kwaku.

A settlement in 2006 finally acknowledged – more than 45 years after Linda’s death – the South African origin of the song, and guaranteed his heirs, until that time living in poverty, an income, according to the World Intellectual Property Organization magazine.

And Samuel Coleridge-Taylor, an English composer, had sold his wildly popular song Hiawatha to Novello for 15 guineas (British pounds) in the late 1800s and received no further royalties on it. Novello is still collecting on it, said Kwaku.

Two model laws should be more common if artists are to fully benefit from copyright laws, said David Stopps, the copyright & related rights director at the International Music Managers Forum.

These are: a German law in which the transfer of copyright can only be done by licence, which means that the rights rest fundamentally with artists; and a United States law that limits the transfer of copyright – after 35 years the creator has the right to get the copyright back. This could help prevent cases where music is still under copyright yet not available to the public: a worst-case scenario for the artist, who then cannot make money but cannot do anything with the music either, said Stopps.

The US law went into effect in 1978, meaning 2013 is the first opportunity for it to be used, said Stopps. Record companies are opposed, he added, so he predicted there will be legal cases.

And some aspects of copyright are outdated, said Challis, adding that his students were horrified that sampling from existing songs is illegal, as they see song creation from sampling as creating a new thing.

In a changing digital environment, however, new business models are needed as much as new artist savvy.

Pauline Henry, a singer and former member of Scottish band the Chimes asked why it was still possible for people to download music for free. The trick is to have music available online but without piracy, she said.

If more than half of the population is involved in file sharing – and if this constitutes over 90 percent of the digital market – said Challis, then this constitutes market failure and there must be better ways to manage it, perhaps through an “access to music charge” akin to the British television charge.

Stopps said that many artists now make more from rights to their image than to their music: singer Beyoncé, for example, owed more than half of her income to branding associated with her name.

But selling music is not necessarily a lost cause. “You can compete with free,” said Stopps, pointing to the success of bottled water. But part of it is understanding how people behave.

“Record companies shoot themselves in the foot with production times” that see songs released on radio but unavailable for purchase until eight weeks later, for example, said Stopps. The “public won’t wait,” and if music is only available on Pirate Bay then this just drives piracy, he said.

A member of the audience suggested getting in touch with young music fans, who are often willing to pay artists directly.