Sharing information to improve your health 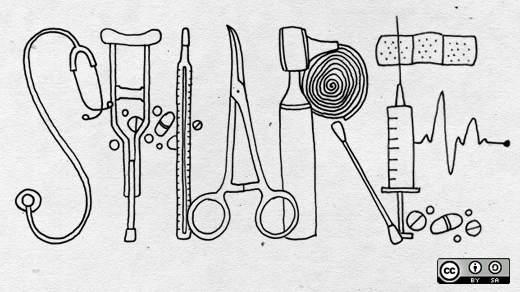 The movements behind the Health 2.0 conferences and open government have together helped create or open large amounts of data of many different types. The next step is to connect all of that data so that it's actually meaningful and useful for users. There's a chance now to build things that are faster and more targeted than ever before.

Indu Subaiya, co-founder of Health 2.0, moderated a panel on the issue at SXSW, which included people from various projects using open information to improve healthcare:

"I'm just interested in figuring out what's wrong with people and helping make them better," said Heywood. He started PatientsLikeMe when his brother was faced with ALS and found that the experience as a patient was like walking a path that thousands of people had been down without the ability to see their footprints.

The average study in the health system would involve a small slice of data over a small slice of time over a specific question. PatientsLikeMe broadens every aspect of that and creates greater power for patients with more access through sharing information openly.

Further, Heywood explained, what you really want to know is not who's been down the path or where it is, but what will happen when you go there. So they developed the Time Machine, which gets all the records for patients like you, brings them to your record, and compares the course of disease. By bringing them together in one model, the Time Machine can predict what's likely to happen next so that you can better plan treatment with your doctor.

Is it clinically valid? Is it as good as "hard data" from clinical trials? Heywood said, "We've chosen not to filter the observations through a doctor who's been known to introduce errors through bias." All data has biases, though, he went on to say. For example, patients with depression or mood disorders, may not report changes in mood effectively. What's needed next is a field around prognostic analysis to deal with the bias issues.

The Association of Online Cancer Resources (ACOR) has a similar mission to PatientsLikeMe, but it's sixteen years old, and because of that is based in older technology. It also has a similar root. Frydman created it after his experiences on a listserv for cancer patients after his wife was diagnosed with cancer.

The advantage is not only is getting information from someone like you, but that you get that information more quickly than it can be processed through an organization like the FDA or any other system. Frydman told a story from 2003, when a new drug was approved by the FDA, saying that injection had to be done in 15 minutes. Within three months, patients who were using that drug and their families were reporting death or near-death because of it. The group figured out before anyone else that the drug should actually be injected in 30 minutes. Since the change, no one has died.

On the government side

On Obama's first day in office, he signed the Open Government Directive to increase collaboration, transparency, and participation. The hard part is implementing it. Data.gov, a central repository for data, is a big part of it, and now there's also HealthData.gov. The philosophy was to become the "NOAA of health data," releasing as much information as possible.

Now not only are they releasing a wide gamut of data, they're also working to make it easier for the public to participate instead of working only with the government. One way is through Asthmapolis. It's a device that uses GPS to find when and where an inhaler was used to get clues about environmental problems that cause asthma attacks. Previously, similar data was extremely old and gathered through surveys filled out long after an incident. Now the data from Asthmapolis is being fed back to the CDC.