Success in the second year of the Open Hardware Summit

The Open Hardware Summit (OHS), now in its second year, brings together folks from all different backgrounds and truly represents a melting pot of those with interests in the open hardware (open source designs, firmware, software, process) movement. In fact, I’d argue that the open hardware movement is more inclusive than open source software is at this point. There are far more women attending and speaking at these events (OHS is even organized by women), combined with a lot less of the pretentious prima donnas you see in male-dominated open source software.

The keynote was presented by the Arduino team, who addressed issues of scale and running a successful business--software can be entirely free, but hardware has an intrinsic cost, and so there must always be a business model associated with it. More than 300,000 official Arduino Un* parts have been shipped by more than 200 distributors around the world. (I assume these numbers don't relate to clones--the total must be far higher, as even the statistics for software downloads exceed the total given.)

Following are some of the highlights from the other tracks and topics discussed at OHS:

Myriam Ayass, legal adviser for CERN's Knowledge Transfer Group, talked about CERN’s implementation of an OHS inspired/derived open hardware license and how various changes will be made in the wake of the formalization of the Open Source Hardware Definition. Michael Weinberg of Public Knowledge discussed how his organization reaches out to those in Congress and educates them around technology, such as the 3D printing movement. They have put on public demonstrations of the technology on Capitol Hill so that those in the House and Senate can understand the problems of imposing DMCA-style restrictions on 3D printing.

Shigeru Kobayashi of the Gainer project showed how they're using open hardware technology to track nuclear radition levels across Japan independently of the government, as there’s a lack of trust between the people and the government after the apparent failure of Tokyo to admit to the severity of the incident.

Zach Lieberman received several rounds of applause for The Eyewriter Initiative, which is using open hardware eye tracking technology to allow a grafitti artist suffering from ALS who only has use of his eyes to continue his art. Not only do they have an awesome platform for art creation using eye tracking, but they have projected the designs in real time from a hospital bed onto the walls of buildings in LA.

Eric Craig Doster of iFixit talked about how they build community around devices and repairs and how they leverage teardowns for PR. I asked how many iPads they had to go through, for example, to get a teardown right. He said the most units they have gone through is three, but they usually get it in one.

Autumn Wiggins discussed The Upcycle Exchange, which applies open source concepts to indie craft. Upcycling is all about re-use of things other people might regard as trash. The Upcycle Exchange is in St. Louis, which was a nice reminder that open hardware isn’t limited to the east or west coast.

Last in this track, Bre Perris of MakerBot showed some hilarious 3D print designs. But MakerBot isn't all silliness--his talk included the serious revelation that Makerbot has brought in over $10 million.

Starting up in open hardware

Nathan Seidle gave an outstanding talk (including real numbers) on how Sparkfun got going for him right out of college with no previous experience as a business owner. Nathan is truly inspiring at the best of times and his "Where does transparency end?" talk made many good points--including that you don’t need for everything to be open. For example, your customers don’t need to know how your internal logistics process works.

The last track of the day was for breakout sessions, and attendees chose one topic to attend from the myriad things being done with open hardware, including:

Overall, I was very impressed with the conference. The format was a little different this year. Most of the day was in one large auditorium that was completely filled (standing room only), and consisted almost of an Ignite-style lightening talk format. I suspect future events will need more rooms (a nice problem to have), and I hope they’ll handle the growth well. 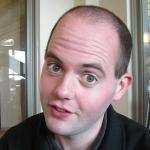