It allows visitors to understand the planet, its diversity, and its problems through math. The content was created by teams from all around the world, and chosen by an international jury of renowned scientists and educators. It consists of interactive and physical modules, films and images, and is part of the international initiative MPE2013, a project with more than 130 partners worldwide. 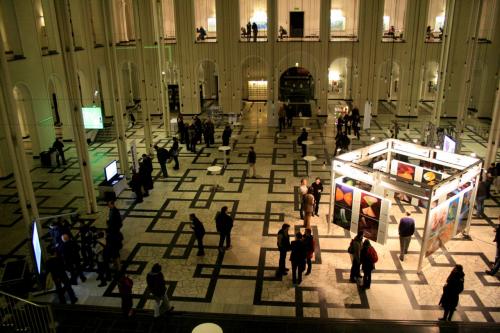 All modules within the exhibit can be duplicated, and the IMAGINARY platform enables the community to use all exhibits free of charge in their own exhibitions and to publish content using an open source license.

It's a process that represents a new way of communicating and collaborating in science and research.

In the US, the National Science Foundation, for one, is on board, pledging to support IMAGINARY by:

Thoughts on participation in science and math from Director of Oberwolfach, Professor Dr. Gert-Martin Greuel:

The way we perceive and communicate mathematics is changing. The general public is longing for interactive museums showing actual research and highlighting open questions. With IMAGINARY we try to go one step further: the public not only visits museums or exhibitions, they create and stage them—in an intuitive manner! This way they become an integral part of the communication process—and science itself becomes participative.

A similiar sentiment is cropping up in the field of scientific research, with some saying the new leaders in science will be those who share.

What to read next
Tags
Science
Jen Wike Huger