Going to the extreme to make 3D printers open source 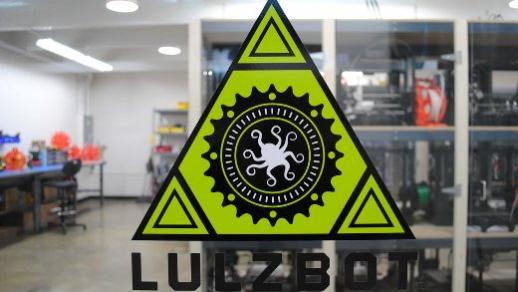 The best way to explain 3D printing to someone is to show them. But since Jeff Moe can’t carry around one of his Lulzbot 3D printers, he has taken to packing 3D-printed parts in his pocket so that he can show them off when he runs into people who aren't familiar with the concept.

"A lot of time when you're explaining it, people are thinking of a 3D movie or something like that," said Moe, CEO of Aleph Objects, the largest manufacturer of open source 3D printers. "I literally carry around parts with me and show people the different things that 3D printers can do because that explains it a lot better," Moe said.

Moe has no shortage of 3D-printed parts. Aleph Objects operates one of the largest 3D printer clusters in the world, with 135 machines running at least 13 hours a day. The 1,000-square-foot room is a 3D-printer enthusiast's dream. It's packed with rows and rows of 3D printers. The company is constantly testing its own machines in the cluster by manufacturing the very parts that are used to make their desktop 3D printers. The cluster also prints prototype parts being tested by the company's research and development team for new products such as a dual filament extruder, miniature version of its TAZ printer, and a 3D scanner.

"We're using our own machines all the time," Moe said. "By running them all so hard, we've learned a lot more about them as well." 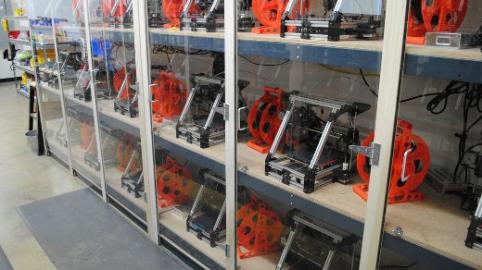 On a mission to be as open as possible

Moe is a staunch supporter of all things open. He got his first taste of free software in the 1990s while running an Internet Service Provider. That's when he was exposed to the Linux kernel, Sendmail, and Apache. He sold the company in 2000. Then he worked on various free software and open media projects. Moe says he always kept an eye on open hardware, and once he built his first 3D printer in 2010, he was hooked on the idea.

"I realized the 3D printer was really the first killer application of open hardware," Moe said. "It's one of the first things that's going to make open hardware available for a new audience."

Aleph Objects itself isn't really a 3D printer company, it's an open hardware company with its first product line being the Lulzbot 3D Printer. Just how open are Lulzbot 3D Printers? Well, they're the only 3D printers to carry the Free Software Foundation's Respects Your Freedom certification, meaning the printers meet the foundation's standards in regard to users' freedom, control over the product, and privacy.

"We go to the extreme of publishing every last detail that we have about the printer," Moe said. "Even our internal file system that we share files on in the development of the machine gets synced to the public every hour so you can see exactly what we're doing," Moe said. "We don't do: Design it and then throw the code over the wall, as is done sometimes in software and in hardware. We're actually publishing everything well in advance of even making products so the community can develop it along with us."

Moe also sees an added benefit to publishing all of the files related to his company's printers: It helps keep others from patenting advancements in 3D printing.

As an example, Moe cited a new extruder the company developed late last year to print rubber-like materials. Once employees developed the new components and parts for the extruder, they uploaded it to the Internet immediately.

"Now it's out there," Moe said of the extruder design. "I don't know if it's patentable at this point, but let's say we did want to patent it, well that means we wouldn't have released the files yet. It would mean we'd be sitting around with lawyers, and we'd be spending all of this money and time with the lawyers, and it would take a year-and-a-half or two before we could launch the product. Whereas right now, we can go from a development to a product much more quickly than if we went through the patent system." 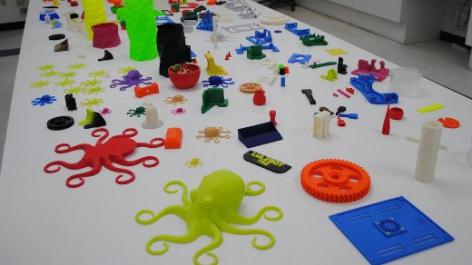 Open source all the things

"By supporting us, users are also supporting free software development and open hardware development, so we're giving back to the community," Moe said. "All of the software we run in our company internally is free software. Even for things that aren't related to 3D printing, like our open ERP system, we spent a lot of time working on that and fixing bugs."

The community has also given back to Aleph Objects. Moe estimates that community members have designed 50 parts for the Lulzbot 3D printers, some of which have been integrated into the product. One community member even modeled the entire system in FreeCAD because he was a big FreeCAD advocate.

"We both get a benefit," Moe said of the 3D CAD model. "FreeCAD gets one really awesome project that it can use as a reference, and then we get our system redrawn on entirely free software. There's a benefit to the collaboration with the customers, the rapid development, all the same things that you see in the software world, but now they're happening more and more in the hardware world."

Many 3D-printing enthusiasts are drawn to the open hardware model, Moe said, because they want readily modifiable systems that they can adapt to whatever they're doing. Indeed, there was a groundswell of community support late last year behind a crowdfunding effort for the Lulzbot TAZ 2 3D printer. Aleph Objects raised nearly triple its $100,000 goal, racking in $294,548 from backers on Fundable.com.

Aleph Objects celebrated its three-year anniversary in January, and in that time period Moe says he has already seen the industry change dramatically.

"The machines and the software used to be far more difficult to operate,” he said. “Now that all has gotten so much better, but we can still continue to improve upon it. The software is getting so much easier to use, more default settings are being set. The machines are getting easier to use out of the box than ever before. That trend will continue."

I like the idea of releasing innovation before it can be owned.Brilliant strategy.

Thanks for the great article.

It is very interesting and refreshing to see a fully open approach to developing and marketing hardware. It shows how openness, rapid innovation and commercial interest can positively reinforce each other.

ohhh..its fabulous actually cost of 3D printer is high that why in market we get maximum demand for <a href="http://www.opusdigital.co.uk">e-studio multifunction printers</a>. I am running hardware business in searching information about its extra ordinary features, so I can able to influence people...