A free culture event in Pakistan 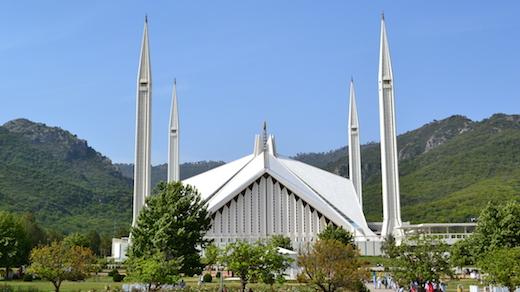 Wiki Loves Monuments is one of the most successful free culture events worldwide. A global photo competition organized by local Wikimedia chapters and groups, it has been running since 2010 and has grown larger each year. For 2014, we speak to Saqib Qayyum from Wikimedia Pakistan about how the event will help promote the commons to new communities.

Tell us about Wikimedia in Pakistan, and Pakistan’s open community.

Wikipedia is the 7th most most visited website in Pakistan and is known by the vast majority of the more than 30 million Internet users in the country. Despite having financial and social challenges, Pakistani people are embracing the Internet and the growth rate of internet users is on the rise.

Surprisingly, however, the English language edition of Wikipedia has only a thousand or so registered volunteer editors from Pakistan. When you compare it with the overall number of internet users in the country, this figure is miniscule. The most disappointing fact is that out of those thousand or so registered editors, less than 100 – mostly students – actively contribute to the world’s largest free encyclopedia. The people of Pakistan are not contributing as much to Wikipedia as they should.

The national language Urdu is also underrepresented on the internet and is experiencing an online stagnation. The Urdu edition of Wikipedia has more active editors from India than from Pakistan. There’s a strong need to encourage people to get involved with Wikipedia and push them to collaborate and exchange useful digital materials freely online.

With regards to the open source community in Pakistan, the situation is analogous to that on Wikipedia. Outside of a core group of members of Mozilla Pakistan and Linux Pakistan, the majority of internet users are not familiar with the free culture and open movements. This, in all likelihood, is due to a lack of widespread awareness of the movements.

Even as Pakistan is experiencing a widespread internet penetration amongst the public, unfortunately the country has not yet adapted well to the ideas of free culture and open. Copyright protection in Pakistan is a critical issue and copyright infringement and online piracy has always been a concern. With Wikimedia Pakistan, we can help to raise awareness of the advantages and benefits of having open and free platforms, and the major role this could play in developing our market and economy.

We all need to play our part in ensuring a bright future for the open and free internet. I think the success of the movement globally depends on participation of people from not only the developed countries but also from the Global South.

How did you get involved with the open source and Creative Commons movements?

When I wonder why people are not very interested in open educational resources such as Wikipedia or other movements that promote free and open content, I imagine one factor might be due to the low literacy rate in Pakistan, or the deficiency in human rights educational initiatives in the country.

Many people who know me over the internet assume I am a university student or a professional in the information technology sector, but the fact is I work part-time in my family-owned manufacturing company and deal with overseas clients. Therefore, I am able to be connected to the internet for most of the time, and am able to keep active on Wikimedia projects as a result. So my devotion to the free culture and open movements isn’t a professional pursuit, but one I indulge in because it is fun.

Many people, and even my family, ask why I’m involved in the Wikimedia movement, as it doesn’t play a role in building my career and is not connected to my line of work. In short, they think I am wasting my time. I disagree. I believe in the free exchange of ideas and knowledge in this ever changing world and vehemently advocate for the principles of collaboration, openness, transparency and consensus which lay the groundwork for innovation and growth.

Since discovering Wikipedia and Creative Commons as a teenager, I have made it a point to actively promote the concept of free knowledge and open content as I believe the free culture movement can bring broad and positive social change in Pakistan.

Right now, I’m involved with the free web-based travel guide project, Wikivoyage, and am planning to publish a travel guide book for Karachi, my hometown, drawing upon materials I and others have contributed to the Creative Commons licensed Wikivoyage project. There is the possibility this could be the first Creative Commons-licensed book in Pakistan. 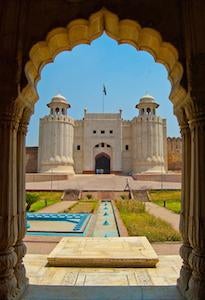 What is the history of Wiki Loves Monuments?

What do you hope to achieve with the Wiki Loves Monuments Pakistan competition?

With Wiki Loves Monuments Pakistan, I’m trying to encourage people in Pakistan to contribute to Wikipedia and motivate them to use Creative Commons licensing. It takes a lot of time and energy to edit an article on Wikipedia, but it’s pretty simple, fun and easy to take a photograph and upload it.

I believe once people participate in Wiki Loves Monuments Pakistan they will eventually start to contribute to Wikipedia, which is amongst the most successful products of the open and free internet. Thus, they will eventually come to learn about the concept of a free culture movement. Wiki Loves Monuments Pakistan, in my opinion is the best, quickest and easiest way to introduce the free culture movement to the country. I think Wiki Loves Monuments Pakistan will bring a change in mindset of Pakistani people as to how they see the Internet. It will also spread awareness of free licensing and copyright amongst the people and will hopefully encourage a change in the mindset that knowledge should be freely accessible to anyone that we all should play our part to make this possible.

Why is Creative Commons licensing important to the competition?

Creative Commons is central to the competition in the same sense that it is important to the world’s largest encyclopedia Wikipedia, the most-used search engine on the web Google, and the largest and popular photograph database Flickr. I don’t think there’s really a good reason why one shouldn’t use Creative Commons licenses. Creative Commons licenses were specifically designed for creative works and photography is a creativity, an art. It gives freedom for sharing information and knowledge and aims to encourage creative sharing. Many professional photographers in Pakistan might feel uncomfortable about releasing their photographs under a free license but it’s worthwhile to release at least part of your work under a Creative Commons license. Even a small part would work and be more than enough.

How do people get involved?

Participating in Wiki Loves Monuments Pakistan is really straightforward. Lists of eligible sites to be photographed have been made available online on Wikipedia. All you need to do is register an account on the Wikimedia Commons media repository, choose the sites from the list to photograph, take photographs of your chosen sites and upload the photographs to Wikimedia Commons. That’s it!

By getting involved in the competition you are helping to document Pakistan’s rich cultural heritage for current and future generations, and helping to contribute towards the expansion of free knowledge for all. Additionally, by participating in the Wiki Loves Monuments Pakistan competition, you may be eligible to win a fantastic cash prize and even become part of a growing community that believes in making knowledge freely available to all.

The Wiki Loves Monuments Pakistan website gives detailed instructions on how one can participate. I’m very excited to welcome everyone to participate in the first edition of the Pakistani competition; whether you’re a professional or amateur photographer or someone who has never engaged in photography before.

Wiki Love Monuments Pakistan launches on 1 September. To find out about Wiki Loves Monuments in your country, check out the 2014 website.

Jessica Coates - Prior to joining CC, Jessica worked as a copyright specialist and community manager in Australia. There she spent much of her time as the Project Manager of Creative Commons Australia and the Creative Commons Clinic, a research program at the Queensland University of Technology. She has also had stints working as a copyright and broadcasting policy adviser for the Australian...
More about me