The year in open hardware computers

An open hardware computer is a computer for which all the specifications for manufacturing the computer are provided, not just the source for the software that runs on it. Software source code of an application enables experienced developers to rebuild, modify, and extend that software application. Similarly, the source code for an electronics printed circuit board (PCB) or mechanical drawings for a computer enclosure enables experienced developers to build, modify, and extend the hardware. By hardware, I mean that computer board in a case you put on your desktop, by your television, in your car or wherever you might be using it, even in your thermostat or water sprinkler.

2014 was an amazing year for BeagleBoard.org and BeagleBone Black, one of the most successful open hardware computer ever invented. The BeagleBone Black in particular has outperformed in almost every category. And, it's true open hardware. Our layout files and editable schematics are open source, and our components in the bill of materials are readily available. With boards from BeagleBoard.org, anyone can make them. And if they make enough of them, they can be made at a similar or even lower cost. That's only a portion of the beauty of open hardware.

Imagine you are building that water sprinkler. Writing an application on a computer that goes out and checks the weather from a website is fairly straight forward (there’s an API call for that!). What if you want to add those smarts to your water sprinkler such that it won’t water on a day when you expect it to rain? You can go get a small, off-the-shelf computer with direct access to software controllable control pins, like the BeagleBone Black to make it easy. Now, what if all your neighbors are amazed and you decide you want to go into business? Because BeagleBone Black is open hardware, you can make your own version of the board that includes all the hardware you need to control the sprinkler relays, connect to the Internet, power the board, and ditch all the stuff you don’t want, making something cost effective—and something you control.

Much of BeagleBone Black's success in 2014 was reflected in people simply building systems around BeagleBone Black, such as the incredible launches of Open qPCR, an open hardware DNA diagnostic machine, Squink, an electronics factory for your desktop and PourSteady, the automated pour-over coffee machine. In 2015, however, expect to see the tipping point where more people go the way of the Ninja Blocks Ninja Sphere. Back in 2012, Ninja Blocks created a home automation system around a BeagleBone, but this year they customized the open hardware design into their own “Spheramid” design. Big open hardware advocates like Arduino have worked off the BeagleBone design in creation of the Arduino Tre and even individuals like Truby Zong have spun their own version of the BeagleBone Black, in his case to make a the ultimate custom 3D-printer controller. Open hardware computers based on BeagleBone Black are spreading like wild fire.

A big thank you to everyone who used or contributed to open hardware and BeagleBone to make 2014 so successful. Stay tuned for an amazing 2015 for open source!

What to read next
Tags
Hardware
Linux
Jason Kridner 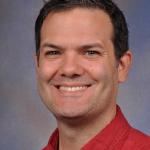 Jason Kridner is the co-founder of the BeagleBoard.org Foundation, a US-based 501(c) non-profit corporation existing to provide education in and promotion of the design and use of open-source software and hardware in embedded computing.
More about me