Organize your cooking with an open source recipe manager 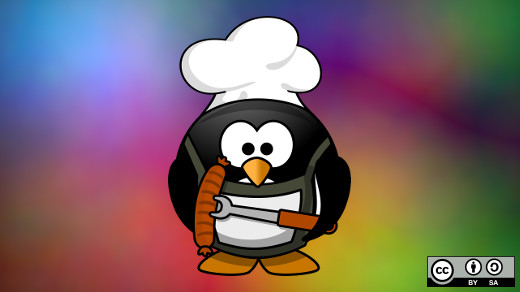 When it comes to recipes, it pays to be organized. Years of clipped recipes and notes written on napkins stuffed between the pages of countless dirtied cookbooks aren't necessarily the best way to organize a recipe collection. And let's be honest, you were probably never going to cook 95% of the recipes in those books anyway, so why not shed them for a more modern solution.

A personal recipe database can take many forms. Of course, there are third-party sites where you can upload recipes, but some of us aren't willing to share grandma's spaghetti sauce with the world, and would be devastated if the company hosting our recipe catalog up and vanished overnight. So I suggest self-hosting your recipes, or at the very least keeping a copy of them locally. For the casual chef, a simple spreadsheet or basic multi-purpose database might do the trick. For an online approach, a self-hosted wiki or a modified installation of Drupal or Wordpress would let you access your recipes from any device. But if you want to get serious about curating recipes, you might want to consider a dedicated recipe manager.

Take the time to weigh your options, and answer some basic questions. Which device is easiest for me to access in the kitchen? How is the system I store them on backed up? What features are a dealbreaker? Whatever you decide, here are a few open source software solutions to recipe management you might want to consider.

Krecipes is one of the more full-featured options, having now been around in development for more than a decade. Krecipes can support a number of various database backends. It's got a number of features I found helpful, including the ability to generate shopping lists, an ingredient matcher, diet helper, detailed recipe ratings, and others. You can specify everything from nutrition information to recipe author, and even set up your own units of measurement (just in case you're interested in cooking an acre-foot of potatoes or want to measure your carrots in light years).

And of course, you can add photos of your finished creations. As its name would imply, Krecipes is a KDE application built for Linux, though like most KDE apps it works fine in GNOME with the right libraries installed.

To install and try it out on my Fedora machine, all it took was a # dnf install krecipes and it was up and ready to go. Krecipes is licensed under version 2 of the GPL, and you can check out its source code on SourceForge. 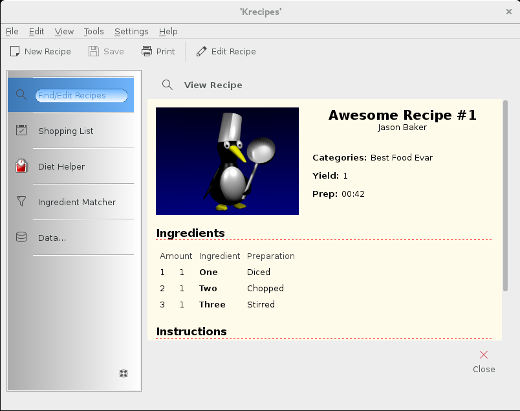 OpenEats is a public recipe management website, but its source is completely open so that you can inspect it or download it to host your own version. It's written in Python using the Django framework and is a relatively easy install for most web servers. Some of the features I appreciated in it include the ability to share grocery lists with others (in case you're not the only chef in the house), a dedicated "cooking" view for when you're in the kitchen with only a phone or tablet, and many features that make group collaboration easier—shared ratings, private or public recipes, commenting on recipes, the ability to follow others—perfect for sharing a recipe repository with friends, family, or an organization you belong to.

OpenEats' code repository is hosted on GitHub, and those there's not a license file in the repository itself, SourceForge identifies the project as being licensed under version 2 of the GPL. 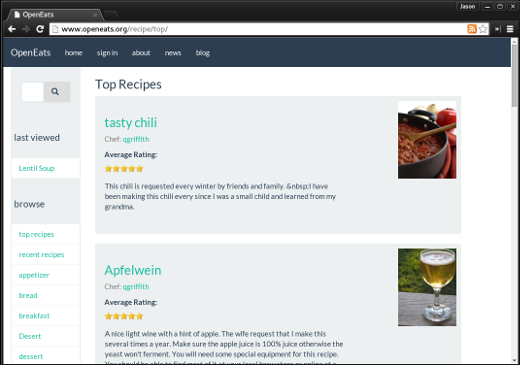 Gourmet Recipe Manager is another open source desktop recipe tool, but unlike Krecipes, Gourmet is written and Python and is built to work across multiple platforms—Linux, Windows, or Mac. Inside, you'll find much of the same functionality as the other two recipe managers we highlight, with a few additonal tools, including a built-in timer and unit converter, the ability to import recipes from a variety of different formats, a webpage import feature, and even the ability to search your recipes using regular expressions, which might come in handy if you've got a really big collection.

Gourmet Recipe Manager is released as open source under version 2 of the GPL, and its code is hosted on GitHub. 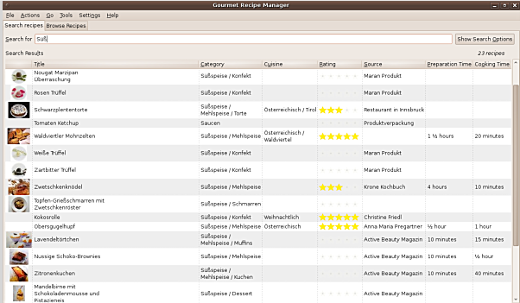 There are of course others. Taco is a German language open source recipe program, and additional choices include the aptly-named Recipe Manager, and others which don't appear to have been maintained in a while, like PHP RecipeBook. There's also RecipeTools, which is more of a collection of related software than a full recipe management system.

Know of another option that we missed? Let us know in the comments below.

What to read next
Tags
Food & Beverages
Jason Baker