Perl might be old school, but it continues to attract new users

Earlier this year, ActiveState conducted a survey of users who had downloaded our distribution of Perl over the prior year and a half. We received 356 responses–99 commercial users and 257 individual users. I've been using Perl for a long time, and I expected that lengthy experience would be typical of the Perl community. Our survey results, however, tell a different story.

Almost one-third of the respondents have three or fewer years of experience. Nearly half of all respondents reported using Perl for fewer than five years, a statistic that could be attributed to Perl's outstanding, inclusive community. The powerful and pragmatic nature of Perl and its supportive community make it a great choice for a wide array of uses across a variety of industries.

For a deeper dive, check out this video of my talk at YAPC North America this year.

Right now you can search online and find Perl jobs related to Amazon and BBC, not to mention several positions at Boeing. A quick search on Dice.com, an IT and engineering career website, yielded 3,575 listings containing the word Perl at companies like Amazon, Athena Health, and Northrop Grumman. Perl is also found in the finance industry, where it's primarily used to pull data from databases and process it.

Perl's consistent utilization is the result of myriad factors, but its open source background is a powerful attribute.

Projects using Perl reduce upfront costs and downstream risks, and when you factor in how clean and powerful Perl is, it becomes quite a compelling option. Add to this that Perl sees yearly releases (more than that, even, as Perl has seen seven releases since 2012), and you can begin to understand why Perl still runs large parts of the web.

Mojolicious, Dancer, and Catalyst are just a few of the powerful web frameworks built for Perl. Designed for simplicity and scalability, these frameworks provide aspiring Perl developers an easy entry point to the language, which might explain some of the numbers from the survey I mentioned above. The inclusive nature of the Perl community draws developers, as well. It's hard to find a more welcoming or active community, and you can see evidence of that in the online groups, open source projects, and regular worldwide conferences and workshops.

Perl also has a mature installation tool chain and a strong testing culture. Anyone who wants to create automated test suites for Perl projects has the assistance of the over 400 testing and quality modules available on CPAN (Comprehensive Perl Archive Network). They won’t have to sort through all 400 to choose the best, though: Test::Most is a one-stop shop for the most commonly used test modules. CPAN is one of Perl's biggest advantages over other programming languages. The archive hosts tens of thousands of ready-to-use modules for Perl, and the breadth and variety of those modules is astounding.

Even with a quick search you can find hardcore numerical modules, ODE (ordinary differential equations) solvers, and countless other types of modules written over the last 20 years by thousands of contributors. This contribution-based archive network helps keep Perl fresh and relevant, proliferating modules like pollen that will blow around to the incredible number of Perl projects out in the world.

You might think that community modules aren't the most reliable, but every distribution of modules on CPAN has been tested on myriad platforms and Perl configurations. As a testament to the determination of Perl users, the community has constructed a testing network and they spend time to make sure each Perl module works well on every available platform. They also maintain extensively-checked libraries that help Perl developers with big data projects.

What we're seeing today is a significant, dedicated community of Perl developers. This is not only because the language is pragmatic, effective, and powerful, but also because of the incredible community that these developers compose. The Perl community doesn't appear to be going anywhere, which means neither is Perl.

What to read next
Tags
Perl
Tom Radcliffe 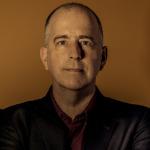 Tom Radcliffe has over 20 years experience in software development and management in both academia and industry. He is a professional engineer (PEO and APEGBC) and holds a PhD in physics from Queen's University at Kingston. Tom brings a passion for quantitative, data-driven processes to ActiveState.
More about me