Before I discovered open source software in 2005, I had never touched a digital design package and probably couldn't have named one. In fact, I never believed myself to be creative in any way, let alone thought about teaching myself an entirely new discipline.

Around that time I was regularly playing online games and joined a few gaming forums where people proudly displayed intricately designed signature bars and footers on their posts. I was fascinated and envious—I wanted to be able to create those exciting images with their grungy textures, characters lifted from games, dramatic lighting, and emphatic quotes. Other people didn't seem to find it difficult to finish them, but I had no idea where to even start.

I researched the techniques and found tutorials for something called Photoshop everywhere. Often, they were lessons by and for professional designers, geared toward an experienced audience I felt I had no right to be intruding on. I didn't own Photoshop, and there was no way I was going to buy a copy for something that wasn't going to be a full-time vocation. Furthermore, the method steps were bewildering in both number and complexity. How was I going to become even vaguely competent, let alone proficient, at this skill? I needed to find an alternative, and shareware or trial programs were not the answer.

Getting the open source bug

I searched for free alternatives to Photoshop, and GIMP was the overwhelming candidate people recommended. After downloading and installing a copy (which took, in those days, an absolute age), I glanced around the interface. The tools and layout were often criticized in the articles I had read, but to me, everything was where it needed to be. There were the Select tools, the color palette, and the Layers panel, which I understood would transform my ability to manipulate and composite the images I planned to use.

I have taught IT classes in the past and I knew I needed to immerse myself in learning the software without fear. Experimentation was key—there was no point in being shy if a certain filter or operation broke my designs. Nothing was off limits, even if it didn't produce a nice result or crashed GIMP.

It was exciting, too. Here was a software package that people had invested their own time, expertise, and effort into making, that was virtually as capable as the market-leading alternative. Better yet, it was available for free! I was amazed and thrilled that GIMP could perform blending and edits that rivaled the results of those Photoshop tutorials I had seen.

Moreover, there was such a strong similarity between the tools and abilities of the two that it was possible to transpose the Photoshop lessons into my own GIMP-based versions. That thinking would eventually lead to the creation of my blog—a project to demonstrate that you do not need enterprise-level software in order to produce high-quality imagery. At that time, the ultimate compliment would be for someone to look at one of my GIMP-created designs and say, "You made that in Photoshop, right?"

I finished my character banner and stamped my in-game handle onto the result. Even though I convinced myself I was happy with it, it was—if I'm honest—dreadful. My outline selection was ham-fisted, the blending was uneven, and I'd used a terrible system font for the text. I was going to have to learn this discipline properly. Such things are not achieved overnight, of course, and so began a long quest to find, practice, and learn from every design resource I could find. I practiced by contributing graphic elements to collaborative projects such as dotWidget and entering logos into competitions, learning all the time.

Then, a pivotal moment. The company I was working for at the time needed their logo re-mastered for large banner sizes, and the previous designer was not able to supply the original files. Instead, they were asked to create a new design and canvass the committee to select a new identifying mark. I didn't think any of the proposed options worked, and created an alternative of my own in GIMP that retained the simplicity of the original branding while echoing the parent organization's color scheme. I pitched it to the team and, to my astonishment, they adopted the concept as the group's final logo, favoring it over the design company's modified ideas. It saved us money on employing external agencies, kept the flexibility and expertise in-house, and gave me a huge confidence boost.

Of course, anyone who knows even a little about logo design would be wondering why I used GIMP to create a logo that might need scaling to huge (or tiny) sizes for conferences and events. And you'd be right—we immediately encountered problems with resizing and reuse of the design, which I had no idea how to fix. Researching the topic, I realized that I had used the wrong tool for the job. Exasperated and in no small way desperate, I began looking for a package I could turn to to rescue the situation. Time was pressing and, even if I could find an answer in time, as the now self-proclaimed designer in the team I would have to learn it double-quick.

A search for free vector graphic packages returned a very short list of viable options. Over the space of a couple of hours I tried a few, and just as I was about to give up and sheepishly admit defeat to the team, Inkscape touched down on my hard drive. It was a dream to use. My panic subsided: the controls and interface were so intuitive, and the speed of editing so rapid, that I was able to replicate my raster logo graphic in minutes, then pass it across to the University's printing service in under four hours from installing the software.

In tandem with GIMP (and a vitally important plug-in to create CMYK-resolved files which printers would readily accept), I now had all the tools I needed to design. For logos, icons, and layouts, I used Inkscape. For texturing, cropping, blending, and editing, I had GIMP. Taking stock for a moment, I began to wonder if it was possible to begin a business operation based on the open source software I was now developing in confidence and ability with. It became an ambition.

Having worked with the tools in Inkscape and GIMP for a few years, the standard of what I was creating steadily improved. In 2009, I designed and built a website for the bakery that went on to supply our wedding cake, saving us money and introducing new customers to their business, too. In 2010, I created all the artwork for our wedding stationery. Later the same year, I registered my UK company and began providing web design services to local companies who needed designs for their websites, which I then started to code. Alloyed to this growing skill with HTML and CSS, I was able to take clients from zero web presence to hand-coded, proficiently designed and managed sites with strong visual branding, supporting print materials, efficient SEO, and the ability to edit their own site content. It was (and still is) a small operation, but with the help of open source software, I had new career options and growing aspirations.

Two years later, I published my first collection of blog articles in order to share the knowledge I had gained with others. The response from the blog's readers was immediate and passionate. The day I announced it was live, my smartphone pinged every few minutes with another follower, another comment, and another email of thanks. It was, I will be truthful, the most exciting day of my professional life and is unlikely to be bested. I had always wanted to self-publish (journalism was my teenage ambition), but the sense of community, of building a following and encouraging others to learn and develop their own potential, was more satisfying than anything I had ever done before. I never claim to be the best designer or coder, but I'm a world away from the web newbie who began this journey in 2005 just wanting to make a forum sig bar.

Reflecting on the journey

To me, open source software means opportunity. It means education, freedom, commitment, collaboration and challenges. I went from knowing nothing whatsoever about design and coding to starting my own web design business and capturing local clients who were happy with the things I've made for them and unconcerned by the tools I'd used to do it. And even though my day job prevents me from publishing anywhere near the number of blog articles I want to (for which I apologize to my readers—you are not forgotten), it still manages nearly 3,000 visitors a month, and I regularly receive requests for tutorials from around the world, which I will get around to at some point.

Maybe I could write up that sig bar tutorial, just for old times' sake. 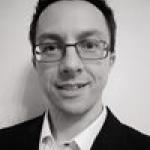