Changing the way we design for the web 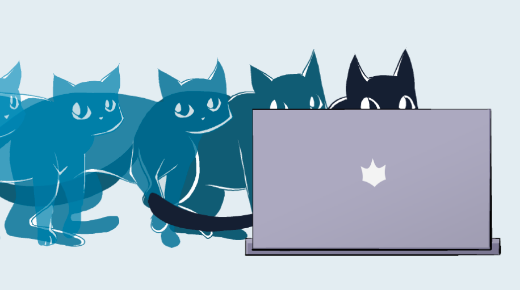 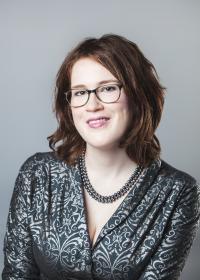 Keynote speakers for All Things Open have been announced, and we're now just a few weeks out from the big event. Open-minded folks from tech, business, education, and many other fields will convene to hear about the fantastic things happening in the open world, from software to hardware and beyond.

Rachel Nabors will keynote on... well, we don't know! And she wouldn't tell me in this interview but I played dectective, asking her about all the other things going on in her life so we could make an educated guess. Here's me trying not to be too much of a fan girl and Rachel answering with poise... except for maybe the turkey legs and her love/hate relationship with open source.

How's Portland? Will you be glad to be in Raleigh for the conference?

Portland is wonderful. I have loved being here, and connecting with the artists and creative coders here. But it looks like I'll be moving to Seattle soon to fulfill a higher calling. (What could it be??) While I love the weather here in the Pacific Northwest, I do miss my friends in the Triangle and the State Fair. It will be so good to see everyone again, even if we aren't nomming on turkey legs.

I'm stopping by on Charlotte en route to Raleigh to give a CSS animation and motion design workshop on October 24. If you're eager to put animation to work for your users, come check it out.

I'm really pumped to see you keynote at All Things Open this year. Last time I saw you speak was at OSCON a few years ago. You talked about some of the CSS projects you had going on at the time. What's changed since then and can you tell us what you'll talk about at ATO, or is it a surprise?

I can't tell you what I'll be talking about, that would spoil the surprise!

I spent time this year creating a CSS Animations and Transitions course and documenting the Web Animations API at Mozilla Developer Network (MDN), using some wicked Alice in Wonderland demos. I've become more involved in growing the web animations community, starting slack.animationatwork.com and curating WebAnimationWeekly.com. It's an amazing time to be here.

What's it like to work with Mozilla on the Web Animations API docs? Is the vibe "giant tech company" or "down-to-earth change makers"? Anything new with either of those projects?

More "down-to-earth." My friend Chris Mills over at MDN has been there for me from day one, showing me how to organize the API's documentation using MDN's system. It's so exciting to see people using the docs to make their own projects a reality. The Web Animations API is really going to change the way we design for the web. I can't wait to see what people come up with next!

I know you like Twitter, so in 140 characters: Why is the Web Animations API going to change the way we design for the web?

How is open source part of your life? What do you love / hate about the world of open source?

I have a love/hate affair with open source.

On the one hand, open source should mean lower cost of entry for people from poorer communities (like me, growing up). But on the other, I feel it is hard to contribute when under- or unemployed. I had a grant to work on the Web Animations API documentation, but I can't do as much as I'd like with other animation features (motion paths, advanced timing functions) because I need to spend a lot of time working on my own business, getting paid.

Essentially this leads to an awkward model where the only contributors are employed programmers—and when it comes to open source animation or design APIs, platforms, etc, this lack of user input really starts to show. Or, the only products with thriving open source development teams are those that have financially lucrative futures, turning the open source software (OSS) model into a capitalist one.

I'm not sure what the answer is for these issues, but I do know that I and others benefit from open source every day. And I appreciate that.