Star Trek: inspiring people and their tech since 1964 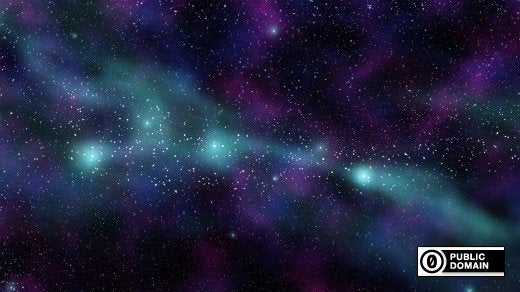 Star Trek has inspired fans, technologies, and careers ever since its creation in 1964 and debut in 1966.

Fans use the original story, or "source code," to create fan-made films, cartoons, and games. One of the more notable fan creations is the web series Star Trek Continues, which has faithfully adapted Gene Roddenberry's universe and redistributed it to the world. Roddenberry himself wrote in the introduction to Star Trek: The New Voyages, a two-volume set of fan fiction:

"Eventually we realized that there is no more profound way in which people could express what Star Trek has meant to them than by creating their own very personal Star Trek things."

Mae Jemison credits her space exploration career to her love of Star Trek. In 1992 she became the first African-American woman to fly into space, aboard the space shuttle Endeavour. Then, a year later she had a role in an episode of Star Trek: The Next Generation.

In the early 1970s Martin Cooper, an engineer at Motorola, was trying to beat AT&T at the car phone game. He says that he was watching Captain Kirk use a "communicator" on an episode of Star Trek and had a eureka moment. His team went on to creat the first portable cellular 800 MHz phone prototype in 90 days.

Two German students, Sarah Mautsch and Aaron Abetheuer, are working on building an open source "meat-printer." Similar to Star Trek's replicator, the Cultivator, uses bio-printing to "print" what appears to be "meat." The user can even select the mineral and fat content of their replicated meat. In the Star Trek universe, crew members can simply order the replicator to produce whatever meal they desire via voice command. Perhaps, with more collaboration, the Cultivator could become the Replicator in the modern kitchen!

The Cultivator could lead to a completely new way of food preparation, with the use of plant-based materials, opening up a whole new, errr, universe for vegans.

"She handled... real meat... touched it, and cut it?" --Keiko O'Brien, Star Trek: The Next Generation

Can you hear me now?

In most of the Star Trek universe, the aliens conveniently speak English. However, there are some occasions when translations are needed. In Star Trek: Enterprise linguist Hoshi Sato is tasked with translation in conjunction with a Universal Translator device. This device quickly translates alien languages into English. Although this technology won't be invented for another hundred years or so, Earth-bound species can build their own translators with a Raspberry Pi right now!

Tricorders, those hand-held devices the crew uses for detecting life forms, judging the quality of the atmosphere, or finding just where the hell they beamed down to, are being developed by Peter Jansen and his team at of the Tricorder Project. According to Jansen's website:

"The Tricorder Project aims to bring a diverse array of inexpensive sensors together in an accessible, easy-to-use, handheld design that can be easily kept close in a pocket or bag."

What is the nature of your medical emergency?

In Star Trek: Voyager, the ship's chief medical officer is a hologram. The doctor is able to diagnose and treat patients. The technology to bring Robert Picardo's character to "life" is still a way off, but there are some interesting open source developments that hint of things to come. Sana, an open source remote medical diagnostics software system, is one such project.

In the first episode of Star Trek: The Next Generation, Will Riker locates Data in a forest. However, the forest is not real, but rather is a holodeck program housed right inside the Enterprise. The holodeck concept was used many times during the subsequent Star Trek programs and created a fascinating array of possibilities, problems, disasters, and drama.

Virtual reality as it is today is nowhere near the point of replicating a holodeck, but open source virtual reality is on its way to making virtual reality less virtual and more reality. Open Source Virtual Reality (OSVR) bill themselves as "the largest open source virtual reality consortium in the world." That's a step in the right direction. The doctor describes himself as "just a projection of photons held together by force fields," so the work conducted by Steven Dufresne might help. He built a device to create holograms and used Blender to create the animation. (You may download and use his .blend files.)

What to read next
Tags
Science
Jeff Macharyas