Why the proprietary MQA music encoding system is better than DRM, but still not good 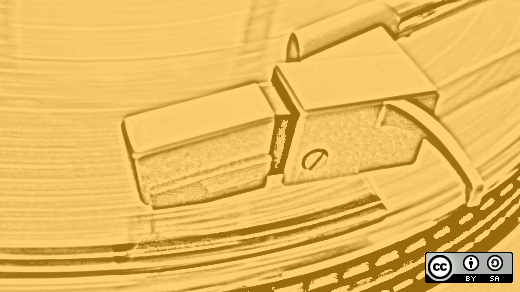 In June 2016, I wrote about the MQA proprietary closed-source music encoding system and shared my thoughts on why I felt the system is not a good thing. Since then, I've been reading more about MQA so this month I'll share additional thoughts.

First, MQA (Master Quality Authenticated) is made up of a whole bunch of moving parts, many of which seem interesting for various reasons. The description on Wikipedia refers to MQA as an "audio codec" (codec is short for coder-decoder). An important technical part of the MQA codec is that it provides a form of audio signals compression, so that those signals take up less space. In principle, this is similar to the advantage FLAC brings: FLAC—the Free Lossless Audio Codec—uses a non-destructive reversible compression algorithm to tightly pack PCM format audio signals for storage or transmission, and unpack them for playback. FLAC files are typically about 50% of the size of non-compressed PCM, which we most often see as WAV files on our computers.

Compression of music files is important for several reasons. First, music files can take up a lot of space. On my laptop, with its 480 GB SSD, my Music directory consumes 190 GB, storing 5,662 songs for an average of just more than 33 MB per song. Clearly I could not put my entire library on my SSD in uncompressed format; FLAC makes it fit. Second, by using FLAC, I use half the bandwidth that uncompressed data would need. This is good for me, and it's also good for the online stores from which I buy music. This is especially true for clients of streaming services—less bandwidth equals lower cost and fewer "buffering" messages.

At this point, you're probably wondering: So if we already have an audio codec, FLAC, that compresses files down to 50% of their original size and decompresses them for playback, why do we need MQA? And those of you who know about Ogg Vorbis or MP3 are aware that, provided we can tolerate some loss of audio quality, we can improve considerably on that 50%.

As can sometimes be the case, such an apparently simple question uncovers a number of answers.

First, let's look at this from a listener's perspective—or more accurately, what the music industry thinks of its listeners. An article in Stereophile describes new "high resolution listening stations" to be set up in Best Buy stores and some market research apparently carried out by a consortium of audio companies called the Digital Entertainment Group (DEG). In the summary of the study, they identify four types of listeners:

From this breakdown, we can probably infer that the music lifestyle group and the disinterested customers are satisfied with cheap and cheerful MP3 format music, whether streamed or purchased. We also can probably infer that those high-tech audiophile types are looking to wring the last few bits out of their digital music, when they can pull themselves away from their collections of LPs.

The point of the market research, though, is that the emotional music lovers could also be enticed into the high-fidelity camp, and in any case, their interest in streaming indicates that a high-quality streaming option should be provided, with accompanying gear to consume it.

And, so…? How does this create space for the new MQA codec?

Primarily, MQA attempts to address the "higher than CD resolution" in an efficient way. In my music library, I have two copies—from different sources—of the Rolling Stones' song "Gimme Shelter". One is ripped from a "best of" CD bought a dozen years ago, and is therefore 16 bit/44.1 kHz "CD quality" coded into a FLAC file that takes up 30.7 MB. The other, from a high-resolution download of Let it Bleed (what a great album), bought since then, is 24 bit/88.2 kHz "better than CD quality" and takes up 94.9 MB. Interestingly enough, simple algebra predicts that going from 16 to 24 bits and from 44.1 kHz to 88.2 kHz should produce a file size of 92.1 MB, not far from the actual file.

MQA attempts to approach the quality of the higher resolution file while using a compression technique that is closer to the CD end of things. Its compression technique is described in many places around the Internet, but an article in Stereophile is quite clear on many aspects of MQA. In short, the process recognizes that the inherent noise floor of the music recording does not permit the full use of the 24 bits available and therefore the noise—the lower order 7 or 8 bits—can be "reused" to store the low-level high-frequency components. Thus, the final music file looks more like a 24 bit/44.1 kHz file (or 24/48 file if the source was 96 kHz rather than 88.2 kHz). If we considered my Stones example above, we might expect an MQA version to take up 46 MB or so (algebra again). Thus MQA recognizes that most music is approximately no better than 16-18 bits of music, so that a 24-bit word length "wastes" 6-8 bits.

The problem with MQA

Ok, now we understand how the compression thing in MQA works, more or less, and what it produces. So why do I think MQA is not a good thing?

MQA is patented and the patent owner licenses the use of its patent to the recording and reproduction side of the chain. That is, unlike FLAC, MQA provides a mechanism to control the recording studios, distribution channels, and listeners. The owners of MQA make it clear that we can listen to MQA-encoded files on hardware that does not provide an MQA decoder, but what we are listening to in that case is the more or less CD-quality portion of the music stream that is not hidden in the "new noise."

An article on Computer Audiophile explains that result in more detail, and goes on to show how similar compression levels can be obtained in pure FLAC by throwing away the parts of the original data that contain only noise.

Because MQA is patented, commercial, and proprietary, MQA plugins for Linux audio players are unlikely, although perhaps a binary-only non-free plugin may eventually come along for sale or free download. Thus, Linux users who want to listen to full-quality MQA files are forced to purchase an MQA-compatible digital-analog converter.

MQA is not quite as exclusionary as the DRM used by some music distributors. MQA files can be played on any equipment, but what will be heard on equipment that does not contain a licensed MQA decoder is essentially the CD-quality component with a bunch of low-level, high-frequency noise added. And, oh yes, those files will be approximately 50% bigger—in other words, the cost of downloading or streaming is borne by all, whether they have an MQA decoder or not. I really dislike this aspect of MQA. The MQA owners claim that MQA encoding actually improves the quality of the music even when it is played back on non-MQA-capable devices, so perhaps there is benefit to all-in exchange for the big files and the proprietary lock-in.

Not all manufacturers are in favor of MQA, either. Both Schiit Audio and Benchmark Media Systems are giving it a pass for both "open" and "engineering" reasons. The people at Schiit also note that MQA, in creating yet another newer/better format, creates yet another opportunity for the music industry to sell the same music all over again.

And so, having had for several years the ability to acquire music in open formats that do not interfere with our ability to select software or equipment to play them back, we are being invited to return to the old days where the music industry controls our playback devices. I don't think this is a good thing. If you agree with me, please join me in saying "no" to MQA.

Ever since my son introduced me to the song Safe in the Steep Cliffs, I've been a big fan of Emancipator. Moreover, I like that his music is available on Bandcamp, which is a great site for Linux users to buy music. Lately, I've been enjoying the music of one of Emancipator's fellow artists on the Loci Records label: Edameme. Have a listen to his new album Ochre and let me know how you like it.