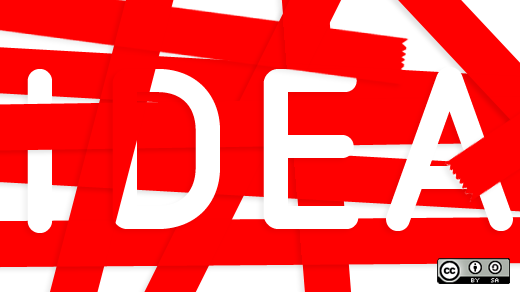 There is and always shall be order in the universe. All things have order of some form.

When we observe the murmuration of birds (flying in a swarm like pattern), we at first see chaos, but then as we observe more closely we note form. Rarely ever do these birds collide in air. It is amazing to watch literally hundreds if not thousands of birds flying in a clump and moving in unison.

Open organizations are much like a swarm in that they have an inherent hierarchy. To assume chaos only perpetuates the notion (or perhaps mythology) that systems other than "formal hierarchies" as we know them are without form/structure.

In my book, The Open Organization, I wrote:

When I speak of emerging systems (like open organizational systems), I speak from the foundation that they do have a structure. I use the word "structure" because hierarchy is typically envisioned by many as having depth and width with formal lines of process flow. When asked to draw a hierarchy, most will draw the familiar top-down structure. This is a problem inherent in most business school curricula. As noted above, all things have order and form—even nature.

I do not consider an Open Organization to be a new structure. I do, however, think (given the very nature of open systems) that the old structure will eventually change. When I speak of an "open system," I am less inclined to consider it as a structure insomuch as it is really a process or way of running an organization. Open organizations are really a way of approaching work.

The problem with the top-down hierarchy is that it, by design, limits the open flow of information and capital. This is why the format of an organizations structure must change in order for the system to act with greater agility.

Consider American history for a moment. The Minute Men were able to take on the greatest military force at the time—not because they had a better structure or were better thinkers, but because they were dispersed and able to make decisions more freely. Had they been forced into a formal hierarchy at that moment, they would have probably lost the American Revolutionary War. The militia of the time did have a formal line of command-and-control, but the process by which they engaged the enemy was an agile process.

It is not possible to operate open systems within a rigid hierarchy without the agile processes having some effect on the structure. In the truest form, open processes will degrade the rigidity of a closed system and force it to either flex under pressure or to outright reject openness and create a more rigid response. A more rigid response could render the organization ineffective in a competitive, fast-paced world.

If there is any truer mythology, it may be the notion that a rigid hierarchy has a future in a globalized, dispersed, cloud-based world.

A version of this article originally appeared on the Maximum Change blog. It is republished here with permission.

The power of open source during a pandemic

Being open to open values

As long as the government continues to be the nation's largest employer, hierarchies will exist.

I think it would derelict to say that Hierarchies are will go away completely. In fact, in my book I acknowledge that we will have them for some time to come. Even in our most wildest imaginations of the future - take Star Trek for example - it is based on a Utopic model - but there is still order and hierarchy. The questions then comes - how can we better use hierarchy? What advocates of open are saying is this... there is no one-size-fits-all approaches to organizational design and leadership. Just because we've always done it that way doesn't mean it is the best way.

I think the concern of chaotic is that there is an assumption that open organizations are not managed, but they are. I'm starting to use the expression "front-line, peer-to-peer managed organizations. This structure follows the guidelines of having a balance between 1-Freedom to speak, 2-Courage to offer something different, 3-Commitment to goal and progress, and 4-Accountable for results, as explained in Jim Whitehurst's book, THE OPEN ORGANIZATION. We must remember, that a management system is in place. It is not all #1 and #2 of the above four guidelines.

Here in Japan, front-line peer-to-peer management groupings have been around for a long time. Some have been badly managed and some good. Japanese should also learn about that balance Jim Whitehurst wrote about.

I love that you are breaking the mold from old ways of thinking and beginning to use new ways of expressing the functions of your organizations. Organizations have to start moving away from seeing leadership as a position owned by few. Leadership is owned by everyone in the organization and is part of the processes of the organization.