The open organization community's newest volume is a handbook for practicing openness at scale. 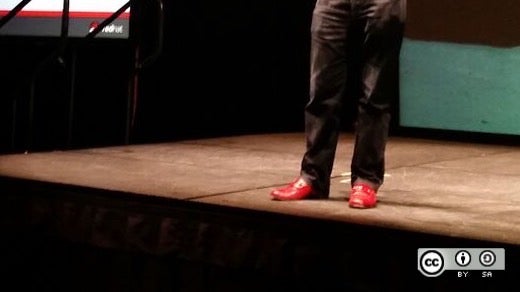 When we published The Open Organization in 2015, it ignited a spark of curiosity among companies of all shapes and sizes about what having an "open" culture really means. Even when I have the opportunity to talk to other companies about the benefits of working with our products and services, it doesn't take long for the topic of conversation to shift from technology to people and culture. It's on the mind of just about everyone interested in driving innovation and maintaining competitive advantage in their industries.

Senior leadership teams aren't the only ones interested in working openly. The results of a recent Red Hat survey found that 81% of respondents agreed with the statement: "Having an open organizational culture is currently important to my company."

But there was a catch. Just 67% of respondents to that same survey agreed with the statement: "My organization has the resources necessary to build an open culture."

These results echo what I'm hearing in my conversations with other companies: People want to work in an open culture, but they just don't know what to do or how to get there. I sympathize, because how an organization does what it does is something that's always difficult to capture, assess, and understand. In Catalyst-In-Chief, I call it "the most mysterious and elusive to organizations."

The Open Organization makes the compelling case that embracing a culture of openness is the surest path to creating sustained innovation during a time when digital transformation promises to change many of the traditional ways we've approached work. When we wrote it, we focused on describing the kind of culture that thrives inside Red Hat on our best days—not on writing a how-to book. We didn't lay out a step-by-step process for other organizations to follow.

That's why it's been interesting to talk to other leaders and executives about how they've gone about starting this journey on their own. When creating an open organization, many senior leaders tend to attack the issue by saying they want to "change their culture." But culture isn't an input. It's an output—a byproduct of how people interact and behave on a daily basis.

When creating an open organization, many senior leaders tend to attack the issue by saying they want to "change their culture." But culture isn't an input.

Telling members of an organization to "work more transparently," "collaborate more," or "act more inclusively" won't produce results you're looking for. That's because cultural characteristics like "transparency," "collaboration," and "inclusivity" aren't behaviors. They're the values that guide behaviors inside the organization.

So how do you go about building an open culture?

Over the past two years, the community at Opensource.com has collected best practices for working, managing, and leading in the spirit of openness. Now we're sharing them in a new book, The Open Organization Workbook, a more prescriptive guide to igniting culture change.

Just remember that change of any kind, especially at scale, requires commitment, patience, and plenty of hard work. I encourage you to use this workbook as a way to achieve small, meaningful wins first, as you build toward larger victories and changes over time.

By picking up a copy of this book, you've embarked on an exciting journey toward building the kind of open and innovative cultures your people will thrive in. We can't wait to hear your story.