Why is openness so difficult? 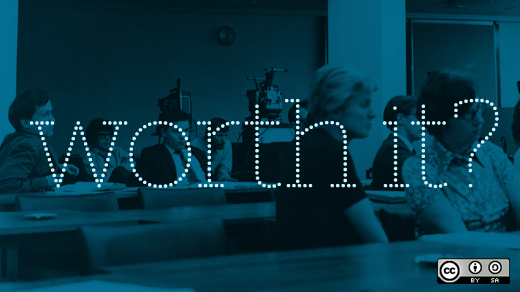 If being open is so great, why isn't everyone embracing it? Answering this requires asking a few more questions:

Most leaders in large organizations are more than capable of running successful open systems—so why aren't they doing it?

I think several issues are at play here. To advance my hypotheses about why "going open" is so difficult, I'd like to explore three of those issues.

When I started writing about the subject of openness several years ago, I was looking for a better mousetrap. I knew that the way we do business was broken and needed a reboot. My plan to rethink organizational life began with Maslow's Hierarchy of Needs and resulted in what I labeled the Open Organization.

As I began to unpack the idea of an organization built on open principles, I learned that the classically trained business crowd viewed it less than favorably. They treated terms like "flat," "leaderless," "happiness," and "empowerment" as new-age folly. And yet our economy was becoming globalized and digital technologies were changing the way we work. Changes to conventional wisdom seemed necessary. So why is implementing and scaling openness so difficult for well-established, large companies?

One area ripe for change is the organizational approach to talent. As I wrote in a previous column:

Organizations that embrace openness shift their attention from costs to the value side of doing business. In other words, they begin seeing employees as assets capable of delivering value to the organization rather than as cost centers that must be strictly managed.

In short, businesses are designed—programmed—to maximize shareholder value while holding back costs. Businesses' very existence is based on making the most money with the least costs and efforts. But when organizational leaders focus exclusively on costs, people (and the systems that support them) suffer. While some consider this a natural state for modern business operations, it doesn't have to be the only option. After five years of studying this idea called "open," I have learned that both large and small organizations benefit from focusing on the value side of doing business—their people. When people come before profits, they tend to work harder because they feel valued. They are also happier—and happier workers are more creative and much more loyal to their respective organizations. So, one byproduct of a people-before-profits approach is increased productivity and profitability!

By many estimates, most corporate executives in the United States are 47 years old or older, and their average age is 54. This means that the great majority of executives graduated from business school and received their training in the 1980s and 1990s.

I'm part of the 40-something crowd trained in late 19th century and mid-20th century managerial thinking. Most of the education and training we received was built on 18th and 19th century militaristic command-and-control models. And individuals with similar training trained the people who trained us. My human resources management courses, for example, were focused primarily on ideas that measure maximization of value to the company.

Early leadership studies focused on the characteristics and behaviors of successful leaders. Late 18th century and much of 19th century leadership theory, for example, focused on ways leaders and organizational structures should behave. Consider the contribution of Frederick W. Taylor, the father of modern-day management. He was not focused on the value side of human capital. He was looking for ways to maximize profits and shareholder value.

Researchers didn't begin considering the behavioral perspective on leadership and organizational thought until the late 1940s. Unfortunately, even these mental models were focused primarily on the role of leaders and less on the role followers play in an organization's lifecycle. Only in the late 20th century, in the face of unprecedented pressures from globalization of both organizations and economies, did legacy thinking begin to change. New leadership theories—theories that finally took into account the role and position of non-leader members of the organization—finally emerged in the 21st century.

But blaming a resistance to openness on something like an organization's "old guard" isn't fair. In fact, I believe legacy leaders do see the value of openness; they just don't know how to change course in an organization optimized for cost-based thinking, especially when all their training directs them to do otherwise. As organizational decision-making styles are influenced by technological, generational, and cultural attributes, leaders are forced into new ways of thinking about how their organizations should be run. The changes go against most of their training and understanding of how organizations should operate.

Metathesiophobia, the fear of change, is a real problem in modern society. I'm a consultant, and I cannot begin to tell you how many times I've heard someone say, "That's not the way we do things around here" or "That will never work here." These statements give me pause because they indicate that something deeper is going on: fear of the unknown.

Leaders might see the benefits of openness, but navigating the change process is daunting. It is easier for someone to stay where they are rather than change their circumstances. When coaching executives, I often say, "Don't wait until the pain is too uncomfortable to decide to change." Becoming more open is as much a mindset as it is a process for organizational structure and leadership. When we embrace greater openness in our organization, we minimize bureaucracy and free our workers to do the job we hired them to do.

Fear of change is a sentence to the prison of mediocrity. Mediocrity does not a competitive firm make.

So there's my three-point hypothesis of why going open can be so difficult: It's counterintuitive from the start, runs against decades of entrenched management and leadership theory and training, and speaks to some of people's greatest fears about change.

I spend a good deal of time explaining how difficult adopting an open mindset can be for established organizations. Change is not easy for most—under any circumstance. It's difficult, to say the least, to change the very essence of what we know and believe. In the case of holocratic organizations, change occurs much too rapidly for members to understand and embrace it. And in the case of Yahoo and IBM, reverting to less open structures communicates distrust.

Most organizations embrace openness to harness the benefits of scaled-down bureaucracy, continuous feedback loops, and concentrated use of knowledge and skills for expedient decision making and increased market share. But the most important reason organizations should take openness more seriously today is more practical: We're witnessing a decline in available human capital in the workforce. In fact, the size of an average firm is shrinking. In 1989, Harvard Business School professor Charles Handy predicted that by the year 2000 less than 50% of people would be in full-time employment. In 2011, a Gallup poll showed that 40% of all workers were employed full time. If we remain on this trajectory, by the year 2025 less than 30% of people will be in full-time positions. This means that organizations must find ways to compete globally with less available full-time labor than at any other time in history. Organizations will have to reinvent themselves as globally dispersed entities that operate with greater precision and agility. Openness is certainly a solution to the emerging problem.

What should leaders do?

Leaders today must begin to read as much as they can on how their organizations might benefit from a more open system. A growing number of books and countless articles on the subject already exist. Some might dissuade you from embracing openness. But if you move beyond the negative naysaying, you'll find a universe of possibilities.

Leaders need to understand that going open will involve some of the greatest mental disruptions they (and their organizations) will face. Leaders must begin to change their mental models of how their organizations should operate. They must shred the idea of a one-size-fits-all approach to leading and managing an organization. They must more fully embrace employees as assets and not cost centers. And they need the resolve and absolute dedication necessary for seeing the process through—and an unwavering commitment to providing transparent, clear communication along the way. 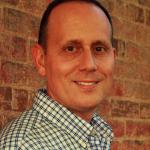