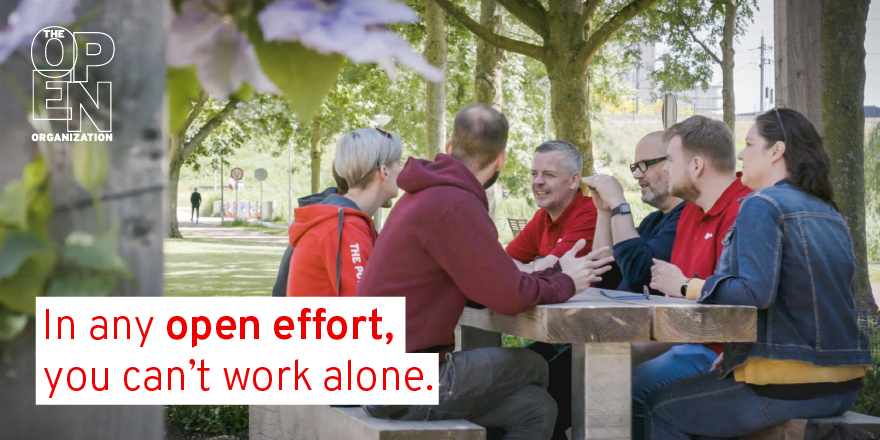 Few organizations know this better than Greenpeace. For nearly 50 years, the non-profit has been campaigning for a greener and more peaceful future.

But in 2015, Greenpeace found itself at a crossroads. To address the climate emergency, Greenpeace knew it needed to shift its organizational culture.

The organization needed a bold, new way of being. It needed to invest in new priorities, including digital technology and data analysis, inclusive and agile organizational structures, leadership supportive of culture change, new engagement practices, digital systems thinking, and more. It needed to facilitate the collective power of activists to embody distributed leadership and help the organization drive change. It needed to become more transparent, more adaptable, and more collaborative—and imbue those same values into a platform that would help others do the same as they joined forces to save the world.

And I helped Greenpeace International do it. But—as with any open effort—I didn't work alone.

As an Open Organization Ambassador, a writer in the open organization community, and co-founder a cooperative working to spread the culture, processes, and benefits of openness wherever it can, I connected Greenpeace with the combined resources, perspectives, and energy of communities working to make the world a better place.

Working with an organization in the midst of a massive cultural transition presented plenty of challenges for me—but my colleagues at Greenpeace and partners in the open organization community shared both their experience and their tried-and-true solutions for infusing open principles into complex organizations.

In this three-part series, I'll explain how Greenpeace International built its first fully free and open source project: Planet 4, a global platform that connects activists and advocates in search of opportunities to impact the climate crisis.

The work itself is open. But, just as importantly, so is the spirit that guides it.

From secretive to open

Like so many others concerned with the climate emergency I headed to Greenpeace.org to learn how I could join the legendary organization fight for the planet. What greeted me was an outdated, complicated, and difficult-to-use website. I (somehow) found my way to the organization's jobs page, applied, and landed an interview.

As part of the interview process, I learned of an internal document circulating among Greenpeacers. In vivid and compelling terms, that document described seven “shifts” Greenpeace would need to make to its internal culture if it was to adapt to a changing social and political landscape. It was a new internal storytelling initiative aimed at helping Greenpeace both imagine and become the organization its staff wanted it to be.

As I read the document—especially the part that described a desired shift “from secretive to open source”—I knew I could help. My entire career, I've used open principles to help guide people and projects to spark powerful, positive change in the world. Helping a traditionally “secretive” organization embrace openness to galvanize others in fighting for our planet.

Getting off the ground

Greenpeace needed to return to one of its founding values: transparency. Its founders were open by default. Like any organization, Greenpeace will always have secrets, from the locations activists plan to gather for protests to supporters' credit card numbers. But consensus was that Greenpeace had grown too secretive. What good is being a global hub for activism if no one knows what you're doing—or how to help you?

Likewise, Greenpeace sought new methods of collaboration, both internally and with populations around the world. Throughout the 1970s, people-powered strategies helped the organization unleash new modes of successful activism. But today's world required even more. Becoming more open would mean accepting more unsolicited help, allowing more people work toward shared goals in creative and ingenious ways, and extending greater trust and connection between the organization and its supporters.

Greenpeace needed a new approach. And that approach would be embodied in a new platform codenamed “Planet 4.”

Planet 4 would be a tool that drove people to action. We would harness modern technology to help people visualize their impact on the planet, then help them understand how they can drive change. We would publish calls to action and engage with our supporters in a new and meaningful way.

Getting off the ground would require monumental effort—not just technical skill, but superior persuasive and educational ability to explain the need for an open culture project (disguised as a software project) to people at Greenpeace. Before we wrote a single line of code, we needed to do some convincing.

Being radically open is a scary prospect, especially for a global organization that the press loves to scrutinize. Working transparently while others are watching means accepting a certain kind of vulnerability. Some people never leave their house unless they look perfect. Others go to work in shorts and sandals. Asking the question of "when to be open" is kind of like asking "when do we want to be perfectly polished and where do we get to hang out in our pajamas?"

As I tried to figure out how we could garner support for a fully open project, the solution presented itself at a monthly meeting of the Open Organization Ambassador community. One day in June 2016, fellow ambassador Rebecca Fernandez began describing one of her recent projects at Red Hat: the Open Decision Framework.

And as she presented it, I knew right away I would be able to remix that tool into a language that would help Greenpeace leaders understand the power of thinking and acting openly.

Listen to Rebecca Fernandez explain Greenpeace's use of the Open Decision Framework.

It worked. And so began our journey with Planet 4.

We had a huge task in front of us. We initiated a discovery phase to research what stakeholders needed from the new engagement platform. We held community calls. We published blog posts. We designed a software concept to rattle the bones of non-profit technology. We talked openly about our work. And we spent the next two years helping our glimmer of an idea become a functioning prototype launched in more than 35 countries all over the globe.

We'd been successful. Yet the vision we'd developed—the vision of a platform built on modern technologies and capable of inspiring people to act on behalf of our planet—hadn't been fully realized. We needed help seeing the path from successful prototype to world-changing engagement platform.

So with the support of a few strategic Greenpeacers, I reached out to some colleagues at Red Hat the only way I knew how—the open source way, by starting a conversation. We've started a collaboration between our two organizations, one that will enable us all to build and learn together. This effort will help us design community-driven, engaging, open systems that spur change.

This is just the beginning of our story.

We're building an innovative platform to connect environmental advocates—but system complexity threatened to slow us down. Opening up was the answer.

Building a global platform for environmental activists revealed a spirit of openness that's central to human nature—and taught me how to design for it. 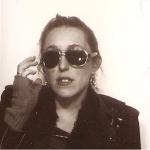