When the future isn't clear, don't make a plan

We can't predict everything that will affect our organizations. Red Hat CEO Jim Whitehurst says the only way to prepare for an unknowable world is to open up. 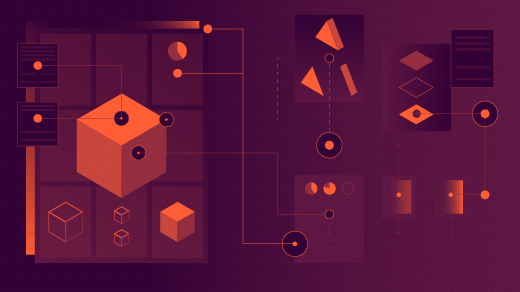 For the past two years at Red Hat Summit, I've argued that traditional planning is dead. The increasing speed of technological innovation, as well as the shift to more open styles of production and organization, are forcing everyone to rethink how we go about setting, executing on, and measuring performance against goals.

Those who've heard me talk about this have been sympathetic—but also skeptical. "I see your point," executives tell me, "but I still need to do something to prepare my organization for the future. And isn't that planning?"

Understandably, these folks are doing what great leaders should be doing: Not only helping their organizations respond to what they see going on around them, but also helping them anticipate invisible and unforeseen forces too. After all, one of W. Edwards Deming's "seven deadly diseases of management" is "management by use only of visible figures, with little or no consideration of figures that are unknown or unknowable." Good leaders account for what they might not see as much as what they do see.

And that phrase from Deming contains a key to understanding one way to do this.

Deming makes an important distinction between the "unknown" and the "unknowable." These two words might seem the same, but they aren't. The "unknown" is something in the future that we don't yet know but that could eventually become known. It's something that—if we did the research, gathered the data, worked hard enough and put our minds to it—we could understand, predict, account for, and eventually control. The "unknowable," on the other hand, is something that by its very nature cannot be known, regardless of how much energy we invest into trying to predict it. Despite all our efforts, we'll never be able to control for it.

Most organizations are obsessively focused on turning the unknown into the known when they should be focused on improving their ability to respond to the fundamentally unknowable.

Management theory in the 20th century considered the future in terms of unknowns. As a result, our techniques for organizational planning reflected an assumption that the future, while not yet known, was fairly predictable and unfolded much the same way it had previously. So planning involved identifying the targets we'd like to hit in, say, a year's time, outlining and assigning the best methods for hitting those targets, and driving behaviors necessary for achieving those goals (the formula was essentially "plan, prescribe, execute").

This method of planning doesn't really require the organization itself to change—just work harder, smarter, and more efficiently in its current configuration to meet the demands of an unknown (yet eventually knowable) future. But this style of planning involves making lots of assumptions about the future that could very well turn out to be wrong. It also tends to treat technological innovation as a linear and predictable process, which it isn't. Today, conditions change so quickly that our conventional methods—customer surveys, simulations, etc.—are less and less helpful as we plan for the future. That's what I mean when I say "planning is dead."

Those methods are losing their power because today we're dealing more frequently with the unknowable—and no amount of work on our part will make the unknowable knowable. So leaders need to rethink how they help their organizations approach the future. We need to focus on making our organizations more nimble, responsive, and adaptable to uncertainties, rather than honing our tired and obsolete techniques for predicting and controlling the unknown.

Here's an example of what I mean. Think about how this might work at an airline. If you're setting a budget for the coming year, you'll need to make some assumptions about what the future holds for you and your industry. Some aspects of that future are unknown to you, but you can account and control for them using traditional methods of prediction and calculation. GDP growth might be one of these factors (it's a constant consideration for airlines). GDP fluctuates relatively little, so we can effectively outline a range for those potential fluctuations and plan our budgets accordingly.

But other factors affecting the budgeting process are simply unknowable. We can't outline a range of the probable impacts they'll have because we just can't know what those might be. Airlines might consider fuel prices to be one of these factors. Fuel prices can vary widely from month to month (even week to week), and their fluctuations depend on a complicated jumble of interrelated forces, including forces we don't even know exist yet like breakthroughs in refinery technology or a sudden geopolitical event. Predicting them with any useful accuracy is impossible.

So rather than waste precious time and energy trying to make predictions about something that is simply unknowable, the airline could instead focus on making itself ready for potential disruptions to fuel supplies, should they occur. It could focus on making itself more flexible and responsive (for example, by upgrading its ability to scale up or scale down quickly based on fuel costs, or to pivot quickly in its aircraft leasing plans) so it's prepared for a greater number of unknowable contingencies.

Most organizations are obsessively focused on turning the unknown into the known when they should be focused on improving their ability to respond to the fundamentally unknowable.

This tendency makes sense. Evidence suggests that the human brain is so averse to uncertainty that it will do everything in its power to explain it away. But the more we recognize the unknowable for what it truly is, the more we'll focus our planning and development efforts on making ourselves change-ready—and the better off we'll be.

How do you plan when planning is dead?

Can we embrace new ways of working and still set goals? Here are three misconceptions about what it means to "be agile."