In many ways, the nature of our work defines us. So how do we prepare for a future when the nature of work will change dramatically? 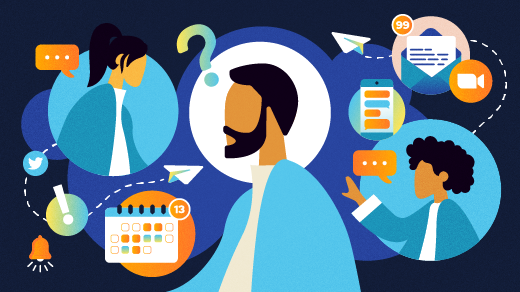 If we define "work" as any contribution that receives any kind of reward, then work is—and always has been—one of the major factors that define who we are. It is a major aspect of our lives. Throughout our work (whatever that may be for us), we meet friends, identify sources of intellectual stimulation and emotional fulfillment, grow, and feel at our most creative and innovative. To our families, friends, communities and societies, work is extremely important. We should not take work—or its role in our lives—lightly or for granted.

Consider the transformation of work throughout the Industrial Revolution (between the 1700s and 1800s). It drove many people from rural farm work into factories in the cities, fundamentally altering their lifestyles. It required new, more specialized skills (rather than the kind of artisanship common in rural economies). As we examine our own personal work environments in the decades to come, we'll see a potential reversal of the trends we saw during the Industrial era: from hierarchy and interchangeable general skills and activities to the reinstatement of horizontal collaboration and more specialized mastery (back to artisanship).

This time, though, these changes come on a global scale rather than a local one, and the speed of change is far more accelerated.

And in this new work environment, open organization principles will play a vital role.

In this series, I'll review The Shift, a book by Professor Lynda Gratton—a book that, while written in 2014 from data assembled in 2010, still rings true today (and will in the future, too). In this book, Gratton projects how work will change around 2025 and 2050. This is vital information, as it will help us make sound choices when preparing for and developing our careers moving forward.

Gratton explains predominant forces influencing the future of work in this timeframe. In this article series, I'll summarize them—and explain how open organization principles are involved in each.

In short: Computers will become faster. Materials will become stronger. Medicines will cure more diseases allowing longer human life. To varying degrees, these will all impact on how we work in the future. Here are a few notes on each.

In a previous article, "Globalization: A history of openness," I discussed multiple forces and factors related to globalization, one of them being trade. Between 1950 and 2010 the volume of global trade has increased by 60 times, while at the same time transportation costs have fallen. And at the same time, developing countries are seeing not only increased trade but new innovations. I also discussed globalization in early history as part of my article "Open organizations through the ages." And I explored the importance of global governance—both now and into the future—in my article "What would a global open organization look like?" According to Gratton, globalization will have an undeniable and unavoidable impact on the future work.

The cost of computing has been coming down at an alarming rate. And it will continue to decrease. This will help connect billions of people that have been mostly left out of the greater global economy until now. They will start to both enter the workforce and become more influential consumers. At the same time, computers and advanced automation will replace jobs performed by humans in the future. This all will influence work shifts in the future.

Gratton also notes the impacts that various generations will have on the future of work, particularly in the United States. Younger generations will play a major role in the future, as their attitudes are different from earlier generations. Moreover, birth rates in various global regions will have an impact on prosperity. There will be more migration, as some regions' populations will decline while others increase. They will move to what Professor Gratton calls "creative clusters." And finally, Gratton argues, the life expectancy globally will change. By 2025, 10% of the world's population will be over the age of 65. These people will more than likely want to continue to work for sustained income, continued mental stimulation, physical activity, connection to others, and a source of meaning and purpose in their lives. Also, consider that many children today will more than likely live longer than 100 years. If they retired at 65 years old, they would have 35 years to do very little. With that thought in mind, having several career changes and being active in volunteer and community service programs in the future will expand greatly.

In addition to the generational changes, Gratton notes several important social changes, too. There will be changing roles of women in the workplace, she says. People will have more choices to form the life they want than ever before. And with increased productivity per person, there will be more average free time available than ever before, she writes.

I've talked about the expansion of resource-saving industries in a presentation I've given on "The Resource Industrial Revolution." Gratton adds valuable points to this conversation. Climate change, she notes, will gradually become a major issue, which will reduce transportation and consumption. In particular, global water supply will not be able to keep pace with demand. Water desalination projects will expand greatly (possibly powered by Generation IV distributed small modular nuclear power plants (SMR's) now being developed). Environmental catastrophes will displace people and migration will create displaced communities throughout the globe. More energy-efficient ways of living will be discovered and introduced. This will influence future jobs.

Preparing for the future

These five forces will prompt fundamental changes to the way we work in the future, Gratton argues. But we need to begin preparing for that future now. In the next article of this series, I'll explain Gratton's outlook and a few scenarios for grappling with a rapidly changing future. How could a person look at those changes as career opportunities? On the other hand, what would happen if a person simply ignored those changes to come? I'll review Gratton's thoughts on those questions. Also, I'll also explain how open principles can form the heart of necessary changes.