5 reasons Kubernetes is the real deal

Kubernetes will be at the heart of a large and growing percentage of infrastructure—on premises and in the cloud. 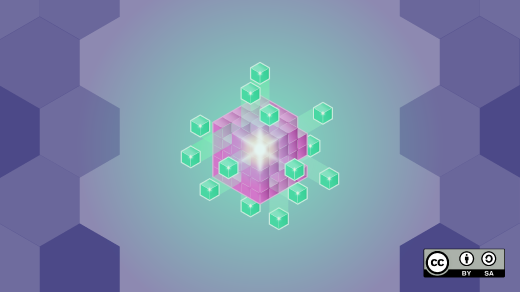 I've been to a lot of tech conferences in my life, but there was something different about the December 2017 KubeCon/Cloud Native Computing Foundation (CNCF) Summit in Austin. Sure, there's a ton of hype around Kubernetes, but it's something more. Not only did attendance go up by a staggering amount vs. 2016 (there were more than 4,000 people in Austin) but it was about who was and wasn't there. The content was solid, the Linux Foundation did its usual fabulous job running the event, but the real highlight for me was about the who.

Developers showed up in droves, as did end users. It is unique to have such user attendance without a huge influx of sales people and the usual lurker crowd. It frankly reminded me of the early days of VMworld or possibly OpenStack. In a totally unscientific poll of some of the brightest people I know, every single one is convinced that Kubernetes will be at the heart of a large and growing percentage of infrastructure, on premises and in the cloud.

Here are five (plus one) reasons to think Kubernetes is the real deal.

The beauty of containers is that they're both cheap to run and easy to spin up and spin down. The one sure thing is that, if you start using containers, you're going to have a lot of them. Not only a lot of them, but also a lot that change.

2. Kubernetes is NOT a science project

Many open source projects come from one developer's crazy/beautiful idea, but leave lots and lots to be done before the use cases are built out and proven. In this case, similar to MapReduce/Hadoop, the primary use case and even most key foundational technical elements have been proved out, in production at Google for years.

Like many early adopters of other open source technology, early users of Kubernetes are picking up the raw upstream bits and making it work. But, like hiking with a good buddy, if you stumble, there's someone ready to give you a hand. Red Hat is the clear leader here with an impressive offering in OpenShift. Kudos to them for building a solid commercial offering while being one of the top contributors to the ecosystem (second to Google). But if OpenShift ain't your thing, there are a number of credible startups also ready to help. Google Cloud, Amazon Web Services, Microsoft Azure, VMware, and pretty much every major infrastructure incumbent either already has—or is sprinting to provide—top-shelf support for Kubernetes.

4. Plenty of meat is left on the Kubernetes bone for a thriving ecosystem

As important as container orchestration is, no one would ever argue that it's all you need to run a cloud infrastructure. Hardware, operating system, virtualization, storage, networking, monitoring, services... all represent real money Kubernetes users will spend. There's a race on to show users that X technology is the "bestest" partner for your Kubernetes deployment. As the pie continues to grow, look for more pieces—but there should be plenty of money to go around for those successful in showing customer value.

5. There's no elephant in the room

In the early days of an open source project, often one company dominates the community. Naturally, everyone else wonders about their motives, complains about their motives, struggles to get a voice. Often the project's spiritual leader(s) struggle with community vs. monetization. In this case, Google's motives are super clear: Strong Kubernetes adoption is better for Google's Cloud Platform than other options (especially pure VMs). Because this threatens few players in the ecosystem, this means there's a surprisingly low amount of political bickering and positioning in the project compared to what you might expect. This is an impressively functional community compared to other projects. (Looking at you, Node and Docker Moby.)

The fact that Kubernetes is part of larger umbrella (i.e., CNCF) also means that new projects can be incubated outside of Kubernetes, but in the same family. It's a great model and helps deal with the "focus vs. let 1,000 flowers bloom" conundrum many open source projects struggle with.

Kelsey Hightower is dope, y'all! Having the industry's most impressive evangelist, able to pull out a brand new demo for every conference he goes to, imminently relatable, widely liked, and representing the project's largest, most respected contributor is a huge boon.

Kubernetes is here to stay. I predict an explosion of interest, investment, and bandwagon jumping to occur around Kubernetes over the next couple years (some may argue I'm a year late with this prediction, and they wouldn't be completely off). The only caution here is that Kubernetes' growth is inherently limited by the speed and appetite for re-writing legacy apps in a cloud-native way. It's going to be a fun few years.

This article was originally published on LinkedIn and is reprinted with permission. 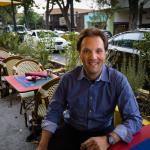 Neela is the owner and principal of boutique strategy consulting firm ScaleNV, focused on growth strategy, messaging and positioning and open source.
More about me